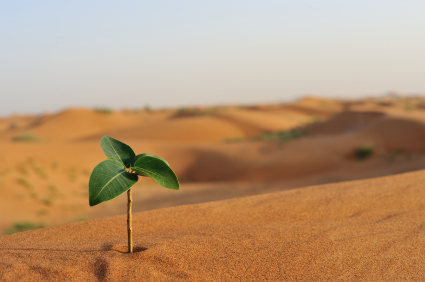 People often misread an event or circumstance as an adversity or setback. The problem is that we tend to judge events on the basis of their immediate impact, but, as life repeatedly teaches us, the long-term consequences of an action can be quite different from what we initially observe.

The bad is superficial and obvious; the good often takes investigation and long-term observation. It’s important to recognize that the true result of an event may take a long period of time to come to fruition. Thus, misfortune and setbacks are frequently nothing more than illusions, which is why we so often fail to connect the long-term benefits to the seemingly negative situation that confronts us.

The truth is that adversity can serve as both a learning experience and a masked opportunity. In fact, I would take it one step further and say that there is an offsetting opportunity in every adversity and every obstacle. The trick is to develop the habit of automatically looking for the positive in every negative situation.

It took me years to develop this habit, but now, even when something seemingly terrible occurs, I immediately take a deep mental breath and start thinking about where the Cosmic Catalyst is trying to lead me. Some of the unexpected roads this has taken me down are nothing short of miraculous.

A classic example of this phenomenon that is especially dear to my heart is the story of how my first book was rejected by twenty-three publishers. It was obvious that some of the publishers didn’t even take the trouble to look at my manuscript and simply returned it with form letters of rejection. Others sent customized letters, many of which were brutally candid in telling me why my book was unsaleable.

While some of the harshest comments put a bit of a dent in my self-confidence, I was passionate about what I had written and I had a burning desire to get the book into the hands of the public. So, in desperation, I decided to publish it myself, even though I had zero knowledge of the book-publishing business.

In fact, it would have been impossible to have been less prepared than I was to publish a book, but I didn’t let that stop me. I certainly was not about to spend a couple of years learning the intricacies of the book-publishing business, which, as it turned out, can only be learned through experience anyway.

So, ignorance aside, something compelled me to take action. Then, after I had five-thousand copies of my book printed up, a remarkable thing happened: My bold (some referred to it as audacious) action resulted in an explosive expansion of my mental paradigm, though at the time I didn’t even know what a paradigm was. I became resourceful beyond what I previously would have thought possible, and went way beyond the boundaries of so-called conventional wisdom in an effort to create my own opportunity.

Though I had no advertising experience, I decided to run ads in local newspapers and The Wall Street Journal. The first ad I ran, in the San Antonio Express-News, produced such poor results that I lost 90 percent of my advertising investment.

I was shaken, but not deterred, so I sprung back into action and worked hard at analyzing what was wrong with my first ad. Then, based on my analysis, I rewrote the ad and ran it in The Wall Street Journal. The result was an early lesson in the importance of both choosing the right medium and coming up with the right advertising copy, because my second attempt resulted in a huge success, with sales nearly double the cost of the ad.

I soon worked my way up to full-page ads and continued to run these ads in The Wall Street Journal for about nine months. This resulted in sales of about sixty thousand books and, more important, brought me a lot of attention.

The attention brought calls from Brentano’s (the most prestigious bookstore in New York City at the time), which offered to buy large quantities of my book if I would agree to put its name at the bottom of one of my ads; from Thomas Y. Crowell (later acquired by Harper & Row), which made a proposal to distribute my book to bookstores nationwide; and from Fawcett Publications (later acquired by Ballantine Books), which offered me what, at the time, seemed like an obscene sum of money to publish the book in paperback.

The book, Winning through Intimidation, ultimately climbed to #1 on the New York Times Best Seller List, which launched me into a string of three straight #1 best sellers. There is absolutely no doubt in my mind that none of this would have happened had my book not been rejected by every publisher I submitted it to, because, as I subsequently learned through experience, 99 percent of books published by mainstream publishers — particularly major publishers — get zero advertising and little, if any, publicity.

So, what initially appeared to be an enormous adversity was, in fact, a hidden opportunity. All that was required of me was to apply action and resourcefulness to an apparent obstacle, and the result shocked the publishing industry.

I’ve repeated this same lemons-to-lemonade trick so often over the years that I’ve lost count of the number of times that seemingly major obstacles have turned out to be great opportunities waiting to be exploited. And the more I’ve done it, the more I’ve learned.
Best of all, each new learning experience makes it that much easier the next time around. In the words of Richard Bach, “That’s what learning is, after all: not whether we lose the game, but how we lose and how we’ve changed because of it, and what we take away from it that we never had before, to apply to other games. Losing, in a curious way, is winning.”

[Ed. Note: If you’re ready for a treasure chest of proven ideas, strategies, and techniques that are guaranteed to dramatically improve your dealmaking skills – and, in the process, increase your income many times over – you won’t want to miss Robert Ringer’s bestselling audio series, A Dealmaker’s Dream.

Robert Ringer is a New York Times #1 bestselling author and host of the highly acclaimed Liberty Education Interview Series, which features interviews with top political, economic, and social leaders. His recently released work, Restoring the American Dream: The Defining Voice in the Movement for Liberty, is a clarion call to liberty-loving citizens to take back the country. Ringer has appeared on numerous national talk shows and has been the subject of feature articles in such major publications as Time, People, The Wall Street Journal, Fortune, Barron’s, and The New York Times. To sign up for his e-letter, A Voice of Sanity in an Insane World, visit www.robertringer.com.]