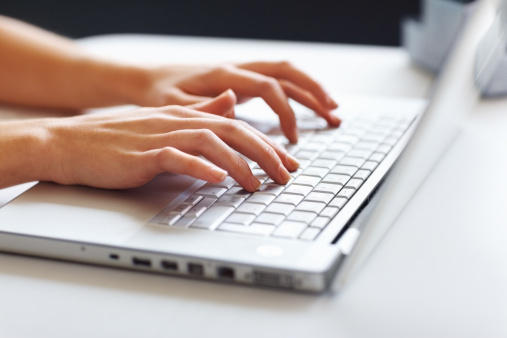 I was trapped under the fluorescent lights of an empty morning hallway. And there wasn’t even a potted plant to hide behind.

I’d read it that morning. And I had no idea what he was talking about. His writing was so crammed with jargon that I couldn’t tease out the barest thread of meaning. As far as communication goes, this was cryptography.

“I thought it was brilliant.” And I meant that sincerely.

Bob’s memo was a masterpiece of misdirection. It did exactly what it was designed to do: communicate the author’s importance while carefully avoiding any suggestion of change or action. It was the perfect piece of government correspondence, which was to be expected, as at the time I was a young man working for a local bureaucrat.

But you’re in business. Or you’re an aspiring entrepreneur. Perhaps you’re even the next great American novelist. And your goal is to be understood.

If your writing sounds like Bob’s memo, then you’re in serious trouble.

But don’t worry. I’ve got some tips that’ll help. And I’m not going to dredge up the same old “how to write an article” advice that everyone else gives, either.

I learned these tricks while honing my travel writing to national magazine feature standards. They’ll help your words pack more punch, whether you’re writing a promotional article, a company newsletter, or an email to friends.

Let’s begin with the most important point…

There’s no need to be a word-cutting zealot. But you’ll improve the clarity of your writing enormously if you embrace minimalism.

There’s elegance in simplicity. But this isn’t enough if you also need to be persuasive…

The same is true for your readers.

There are a couple easy ways to bring more authority to the words you write.

First, avoid passive sentences. They’re wimpy and they don’t pull any weight. Compare “Ryan was hit by Brandon” and “Brandon hit Ryan.” The latter is very direct. Just like the action I’m describing.

There’s a place for passive sentences, but very rarely and specifically. You’re better off avoiding them.

In line with the above, don’t over qualify. Overusing phrases like “in my opinion” robs you of authority.

You might think you sound humble or modest. But remember that as the “author”, you’re presenting yourself as the “author-ity” on your topic. Don’t be offensively cocky. Just be confident in what you’re saying, and your audience will be too.

That Word Does Not Mean What You Think It Means

Do you want to amaze your readers with the size of your vocabulary? Or do you want to communicate your ideas clearly?

Throwing around big words is a pretty good sign that an author has no idea what he’s talking about. When I see this in writing I see a person who’s trying to convince me he’s smarter than he really is. I mistrust his words, and so I don’t trust his argument either.

Here are a few tips that will help.

Avoid words like “utilize”. “Used” is simpler. And it isn’t just a shorter version, either. “Utilize” implies taking something and using it for an unintended purpose. “I didn’t have a hammer, so I utilized a stone.” Get it right, because someone out there understands the difference.

Don’t overcomplicate when a simple word will do — but do use the most precise word for the job. Look it up in the dictionary if you’re not sure of the exact meaning and tone.

Next, don’t mix metaphors or images. Here’s an example I saw in a major travel magazine: “We’re on the ground where rain falls as if it’s shooting from a fire hose.” That made me cringe. “Falls” is downward, vertical. “Shoots” is horizontal. It doesn’t work at all.

And finally, don’t contradict yourself: “An unforgettable journey through a forgotten land…” Which is it, unforgettable or forgotten? That’s confusing.

If a reader is confused about what you’re trying to say, chances are you are too. Go back and rethink your position. Write it clearly instead.

Avoid -ly words whenever possible. They indicate weak writing, especially in dialogue: “He marched off angrily” or “He said truthfully.” If the tone of someone’s speech isn’t apparent from the situation, then rewrite it.

The same goes for any description. I’m not talking about words like “critically”, but rather made up -ly words that are shoehorned into place because you can’t think of anything better. It’s lazy writing. Do yourself a favor and weed it out.

Keep your audience in mind. Don’t talk over their heads, but don’t dumb it down either. No one likes being condescended to.

That last point is probably the most important. And it’s something I learned from a brilliant marketing expert, my friend Michael Fishman:

Use the same language that your audience would use when describing their problem.

No one wakes up in the morning and says “I need vibrant wellness!” They talk about how their back aches, or how embarrassed they are about their belly roll. That’s the kind of language you need to use too.

Sometimes it’s necessary to use technical terms that your audience might not understand. It’s crucial to define those terms straight away, before the end of the sentence.

And keep in mind that terms you might think of as “industry standard” may not be common knowledge for your readers. Here’s an example from health and fitness: “You’re going to use High Intensity Interval Training — a really cool style of circuit training that alternates intense bursts of activity with short rest pauses — to reach your fat loss goals.”

I defined interval training in terms that my target reader can understand. And I didn’t make him feel stupid for not knowing it. I shared my excitement instead.

That’s what it’s all about, isn’t it? Communicating. Reaching out across the page to share the excitement or sadness or hope that I’m feeling. And if I’m doing my job well, you’re going to feel it too.

Great writers might be born that way. But inherent talent won’t take you very far on its own. That’s good news, because it means anyone can improve at this stuff.

Pick up a copy of Strunk and White’s Elements of Style. It’s only about 100 pages long, and it’s the best writing resource I’ve ever found.

Elements addresses technical stuff like standard punctuation and the use of quotations, but it also talks about how to clean up your style.

Finally, here’s my last and best piece of advice: Read good writing. Find a writer whose worldview or style grabs you, and read everything he or she has written. You’ll soak it up subconsciously, by osmosis. And it’ll start to come out in your work.

Just remember: garbage in, garbage out. Don’t read crap or you’ll produce it.

[Ed. Note: Ryan Murdock is the author of Personal Freedom: A Guide to Creating the Life of Your Dreams. When not helping people find their own brand of personal freedom, Ryan travels the world’s marginal places as Editor-at-Large (Europe) for Outpost magazine. He recently released his first travel book, called Vagabond Dreams: Road Wisdom from Central America.]
Posted in Careers, Entrepreneur, Internet Business, Skill Development, Wealth
This error message is only visible to WordPress admins