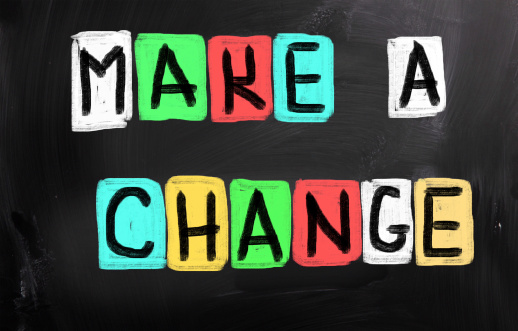 When my father passed away in September of 2008, I found myself returning home to the farm almost every weekend. Each Saturday morning I helped my mother and her brothers organize my father’s old used farm equipment for auction. It was during these crisp fall weekends that I discovered two quirky habits I had built while growing up in my father’s presence. These habits were so strong they remained with me for months after his passing.

First, as day turned to night, I noticed that I began to walk around the old farmhouse literally on my tiptoes. I did so because while living there for over nineteen years, I learned to take great care not to disturb my father at night. He would get in from the barn around five or five-thirty, often drunk. He’d eat a little food and then go to his bedroom to watch television. But from there he still commanded the house.

“Stop your thumping,” he’d yell if I walked too loud in the kitchen. “Turn off the light,” he’d bellow if I left the light on at the top of the stairs too long during a quick trip to my room. I learned to be as quiet as a church mouse. Though he was now gone, I spent that entire first Christmas season still sneaking around the old farmhouse trying not to make a sound. One day I finally realized how silly I was being, and I started marching through the house making as much noise as I could with each day. It was oddly liberating.

The second habit was even sillier. For my entire life, my father kept a stash of candy at his bedside. The candy would rotate seasonally, and almost always included some type of chewy, soft taffy at Halloween, red-and-green gumdrops at Christmas, cinnamon hearts in February, or simply red licorice between the holidays. As a child, this made me very happy. Each time I climbed the stairs to my room, I’d stop by dad’s ‘candy store’ to see what I could pilfer.

Even during my college years, it was often my second stop in the house when I would return for holidays (with the first stop being the fridge to look for leftovers of my mom’s home cooking, of course).

I found myself making the right hand turn at the top of the stairs for months after his passing. Sometimes I’d make it as far as my parent’s bedroom door before realizing that the ‘candy shop’ had long closed. Disheartened, realizing that both he and his stash were long gone and never to return, I’d make my way empty-handed and heavy-hearted to my room.

It’s funny how we build habits in our lives.

We might try something once, get a reward for doing it, then do it again for the reward, and twenty years later find ourselves still doing this ‘thing’ without thinking. Our actions become our default autopilot setting.

In some instances, this is good. You might automatically phone your parents after dinner, a habit built during your first years away from home at college.

On the other hand, you might light a cigarette first thing every morning. Something you thought you would “just try once” at a social event, and now it has turned into a habit literally sucking the life from you.

It does not take long to find ourselves slipping into new habits, both good and bad. But it can take an awful long time to break the ones that we’ve had for years. We need to catch ourselves before we let infrequent rewards turn to routines.

For example, that visit to the donut or cake shop that you earned for getting a project done on time needs to remain a reward for monumental successes only, and can’t become a reward simply for showing up to work on time. Once you let something like that become a habit, it quickly turns into a vice that is difficult to remove.

On the other hand, we need to turn good behaviors into habits as quickly as possible. Take for example my habits that supported the creation of this article.

First, I’ve long ago discovered and shared with you that my best time for writing is first thing in the morning. Even my iron will is quickly overcome by emails and phone calls as the morning turns into afternoon deadlines. As a result, I’ve spent months creating habits that enable me to write one thousand words in an hour, often before the sun even rises.

The first habit was to get up with my alarm clock but without using the snooze feature. To do that, I have my alarm clock placed across the room so that I must get up, turn on a light, walk over to the alarm, and turn it off. Through both discipline and the physical removal of my warmed torso from the cozy confines of my bed, it’s now a rare morning that the snooze button is hit. It’s habit to be up and into my writing clothes within five minutes. 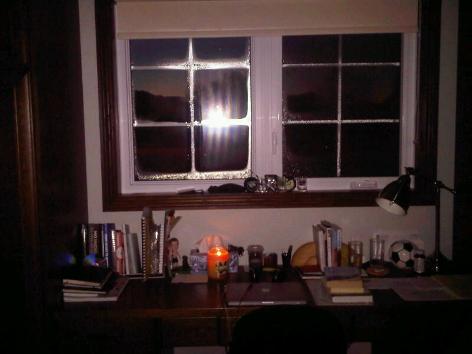 This is where I write each morning essay that I send to you.

The writing outfit is another habit, one that I learned from legendary copywriter, John Carlton. He once told me about his routine of putting on his writing “sweats”, going through a ritual of circling his desk (“like a dog,” he said), before finally settling into the ‘writing zone’ for hours each morning. His ritual is a positive habit that sets the tone for his workday. Likewise, when I put on my sweatshirt and place my headphones over my ears, it’s ‘go time’ and I get into the zone much quicker than when I am without either.

Habits are simply a usual way of behaving, mannerisms that we do in a regular and repeated way. The more often we repeat them, the more we literally code these behaviors into our neuromuscular operating system. From biting your nails to lighting up a cigarette following certain activities, we all have bad habits that are so ingrained they manifest involuntarily.

Put a gun to your head though, and many bad habits would find a way to the curb quite quickly. We can change. We can kick old bad habits to the curb and replace them with new good ones. You might replace your gallon of soda per day with diet soda at first, then soda water, and finally, regular water. That’s the evolution of habits that we should seek. We must harness the weakness of our stupid human tricks, our need for rituals and routines, into ones that benefit us. We must internalize the benefits of better behaviors.

This is possible and can be done.

We can all get more done. We can all do more work. We can all stop procrastinating and wasting time. What motivation do you need?

More and more, that’s what you must give to make the most out of life.

It starts with believing in yourself, identifying the triggers that lead to our bad habits, and finding ways to replace the bad with the good.

Most people simply settle with their bad habits, believing that trying to change is useless. I’m here to tell you that is not the case.

Today I make as much noise as I want when visiting my mother on holiday weekends in her new farmhouse. The new environment certainly helped, as the old farmhouse delivered certain behavioral triggers. If you’re struggling with a habit that is brought on by external cues, then you must seek to change your environment. It might mean a new route home so that you don’t pass by the donut shop, liquor store, or fast food joint.

Put yourself around the right people in the right environment with the right attitude. Institute the five pillars of transformation – planning, accountability, social support, an incentive, and The Deadline – to help change your behavior.

You can do it, as I have done.

It’s what we do everyday, consciously, that determines how we rewire our internal circuitry.

Make the good ones easier, and the bad ones harder.

Fertilize and nurture the activities that move you ahead in life while suffocating the ones that damage you.

Pay close attention to environmental and societal triggers that provoke your habits. Develop a keen awareness of cause and effect.

You can build a better operating system for your life.

Never give up on what is important to you – starting with the little things that you do every day.

Because it is the little things that matter so much.

Posted in Motivation, Self-Improvement, Skill Development
#repost from @motivationmafia With all the hard w