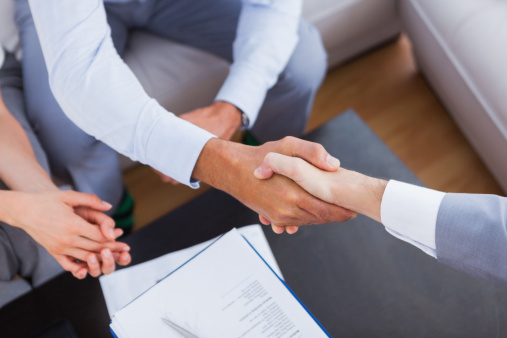 “Victory becomes, to some degree, a state of mind. Know ourselves superior to the anxieties, troubles and worries which obsess us, we are superior to them.” – Basil King

The more objections you get throughout your sales process, the more likely it is that you are moving toward actually making the sale. The key is to use problem-solving techniques and know how to use those objections to your advantage. My instant-reverse close is just the closing technique you need to guarantee a sale.

How to Sell Using the Instant-Reverse Close

You can use the instant-reverse close in a variety of situations. It is a fun close to use and very effective throughout your practiced sales process. You can use it on your children and with your spouse. You can use it on both clients and prospects. A friend of mine told me that he doubled his income in less than one year when he learned how to use this close after one of my many seminars.

When the prospect gives you any objection at all, especially a standard, well-used objection, such as “We can’t afford it,“ you answer, “Ms. Prospect, that’s exactly why you should take it.”

This always grabs the prospect’s attention and forcers her to say, “What? What do you mean?”

Use Problem Solving Techniques to Think of a Good Answer

This gives you a few seconds to use different problem solving techniques and think up a logical answer to this question.

The prospect says, “It’s too expensive.”

You reply, “ Ms. Prospect, that’s exactly why you should take it.”

The prospect says, “What do you mean?”

You say, “Ms. Prospect, you want to get this for the lowest possible price, don’t you?”

“And you want to get the very best quality at the same time, don’t you?”

“And you’re probably going to buy one of these someday anyway, aren’t you?”

“Ms. Prospect, that’s exactly why you should take it today at this price, because you’ll never get a better combination of product, quality, and price as right now. Why don’t you take it?”

Use it Throughout Your Sales Process

One of my clients was with a cable TV company that was selling Pay TV from door to door. The team went out and tripled their sales when they learned how to sell using this single closing technique. The salesperson would knock on the door and ask, “Are you interested in getting Pay Television?” The prospect would immediately say, “No thanks, I can’t afford it.”

The salesperson would say, “That’s exactly why you should take it, Mr. Prospect, because you can’t afford it.”

The door, which was beginning to close, would open up again, and the prospect would say, “What do you mean?”

The reason he hadn’t purchased cable or a satellite dish was that, up to now, he had been convinced that he couldn’t afford it. The salesperson would say, “Mr. Prospect, may I ask you a question? Are you ever going to have Pay TV, with movies, sports, theater, arts, children’s programs, and so on, in your home for your family?”

The prospect would say, “Well, yes, someday I will.”

A multimillionaire friend of mine who started in sales began conducting free lectures to introduce people to his three-day, wealth-creation seminar. In his talk, he would point out that no one ever got rich working for someone else and that there were several routes to wealth that a person could follow if he learned and practiced them.

Almost consistently, someone in the audience would stand up and say, “Well, I would like to attend, but I can’t afford it.”

By now, everyone in the audience was interested to hear what he was going to say.

He would then ask, “May I ask, how long have you been working since you left high school?”

The audience member would say, “Ten years” or “Twenty years.”

The speaker would then say, “This seminar costs $495 for two days, and it is unconditionally guaranteed. You’re telling me that you have been out of school and working for ten [or twenty] years, and you still can’t afford $495? That is exactly why you should beg, borrow, or steal to come to this seminar to learn how to improve your financial condition so you never have to stand up and say this in a public audience again.”

The answer was so logical that it was almost irresistible. Everyone in the audience who was sitting there thinking that they could not afford to attend the seminar suddenly realized that they had been working for years and they were still broke.

If they didn’t take this seminar, which was guaranteed anyway, they might still be broke ten years from now. At the end of his lecture, people lined up to enroll in his seminar.

Remember, in using the instant-reverse close, you don’t have to have a great follow-up answer. The whole purpose of saying, “That’s why you should take it” is to break the prospect’s preoccupation of the entire sales process. It is to get him to wake up suddenly and pay close attention to you.

Objections are a standard and predictable part of any sales process. Your job is to be patient, polite, and positive, asking good questions, listening intently to the answers and using effective problem solving techniques. If you are courteous and persistent, eventually the prospect will tell you why he might be hesitating and give you an opportunity to answer his question and close the sale!

Thank you for reading this article on how to sell using the instant-reverse close technique. By implementing this close into your sales process with any other sales techniques that you have found effective, you can double your sales faster than ever!