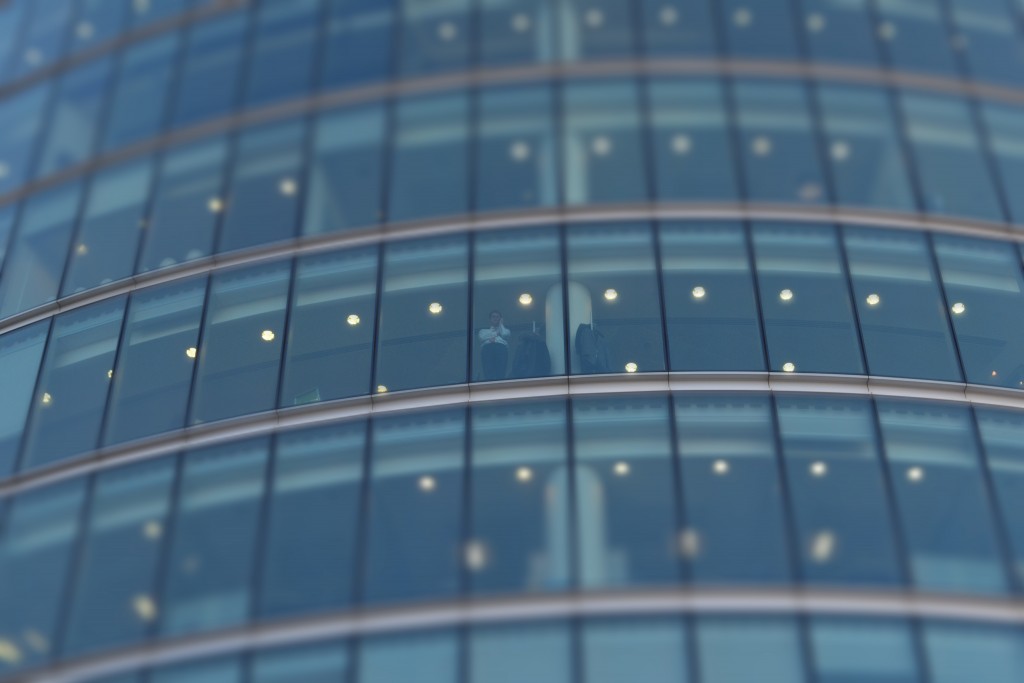 My daughter’s company and Wal-Mart have three things in common. Both generated sales quickly when they were launched, both are profitable, and both enjoy incredibly low debt levels.

My own objective in business has always been the same — to generate sales quickly, reduce expenses, and remain debt free whenever possible. This is contrary to the way most entrepreneurs run businesses today. They typically fall into a low-sale, high-expense, and high-debt scenario.

Here’s an example of what I mean.

A good friend of mine started a heating and refrigeration business five years ago, servicing customers in the restaurant business. Sales went through the roof. So he bought ten new trucks (and hired employees to drive them) and financed the purchase with a small-business loan.

My friend had been making a nice living with just three trucks, but he wanted to make a lot more.

Everything was going as planned. But then, as was inevitable, he couldn’t find enough qualified, licensed heating and refrigeration specialists to service his demanding customers. On top of that, other businesses were started in his area that offered the same type of services for a fraction of the price.

Sales fell off, and he had to let some people go. His new trucks sat behind his new building, gathering dust.

He was eventually forced to sell the trucks in order to pay down part of his debt. On top of that, it took almost a year and a half to unload them. (Have you ever tried to sell a vehicle with your company name plastered on the side?)

There’s nothing inherently wrong or evil about financing a business. But my friend had financed his expansion  at the top of a boom cycle — and is still servicing a debt for capital goods that are not producing any sales or revenue.

I’ve learned by experience that a debt-free business can withstand economic downturns and calamities like this much better than a debt-riddled one can.

I’ve experienced less stress and more enjoyment in my debt-free businesses too.

You can run a profitable, debt-free business by doing three things:

3. Start paying cash for the things you need.

I didn’t say it was going to be easy. You may not be able to expand as fast as you dreamed. But you’ll be able to pick up a lot of business when companies around you are failing because they have too much overhead and debt.

Running a debt-free business is probably contrary to everything that you have ever learned. And you might wonder why you should do it now, when interest rates are low, credit is easy, and “self-liquidating” credit-card loans are so plentiful.

A true self-liquidating loan is a short-term loan made against the liquidation of inventory or the sale of goods.

In the past, a typical self-liquidating loan was made to farmers against the sale of their crops. The farmer would take out a bank loan of, say, $50,000 at the beginning of the planting season to help him get started. At harvest time, the farmer would sell his crops to the local co-op and drive over to the bank to pay off the note.

But to the bank, a loan made to an entrepreneur for starting or expanding a business isn’t the same thing. The farmer has an inventory that the banker can see and feel. Whereas business inventories today are more complicated and might include digital products, intellectual property, accounts receivables, and/or unique processes.

The bank may say “no,” but you can obtain a $500,000 credit-card loan with very little effort. MSN MoneyCentral reported recently that the average U.S. consumer carries eight credit cards with as much as a $15,000 line of credit on each one. And many carry up to 50 cards with varying lines of credit as high as $50,000!

Granted, the Annual Percentage Rate (APR) for these loans may be 18% (or more) — but they convince themselves to cross that bridge when they get to it.

I’ve crossed that bridge … and it’s more like a rickety old footbridge in the Amazon jungle that’s dangling over a 2,000-foot chasm.

When you have to service a debt that is not producing sales or revenue, you’re under constant pressure to produce more of everything. On top of that, if sales start falling (as they do in almost every business), you’ve got even more problems.

A couple of years ago, I was retained to help a struggling Internet business regain its profitability. After six days, I told the CEO that the problem was not sales-related. The problem was too much overhead and debt. (Incidentally, if the CEO had paid more attention to sales and marketing, he probably would have seen this for himself.) The CEO disagreed with my assessment – and my contract was quietly terminated. The company went out of business eight months later.

You’ll be light-years ahead of the competition if you focus on sales and always look for ways to reduce expenses and/or eliminate debt. That’s what Southwest Airlines does. And while most airlines in North America are bankrupt, even after receiving huge infusions of cash and loan guarantees, Southwest continues to be profitable.

My daughter has started to enjoy the benefits of a debt-free business. She paid cash for her flower seeds at the beginning of the season, so her initial expenses were covered. Her friends love to work with her, because it’s fun and she splits the profits with them. She was also able to buy an old wooden table that is the same height as most car windows. This enables her prospects to see her flowers better as they drive by. (Her idea, not mine.) Best of all, she’s able to spend her net profits at T.J. Maxx without having to worry about the business!

Anyone can run a profitable, debt-free business by focusing on sales, reducing expenses, and paying cash for the things they need. When businesses around you are struggling to stay afloat, you can glide by with a smile on your face, with the wind at your back, and no weight on your shoulders.