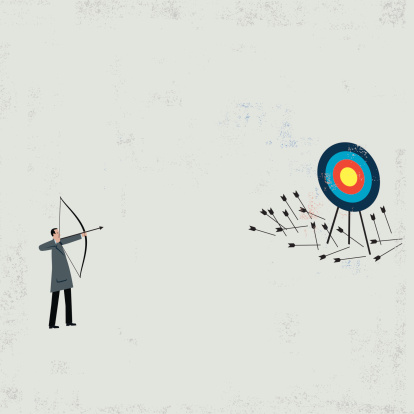 You can barely drag yourself out of bed to go to the store.

You think of nothing but chasing relief.

The tingling, shortness of breath, anxiety, panic, and worry was always there.

“I’d do anything to just get back to normal,” I thought.

And so I tried.

I went to Qi Gong sessions. I tried meditation. I listened to calming music.

I even bought a dog (it was not the only reason, but it was the tipping point).

On and on it went. The anxiety continued. The sleepless nights were followed by the restless days on edge. I got weaker. I grew more desperate.

I felt like I was living a double life. I wrote my newsletters to my audience of 10,000 readers, telling them what to do, how to live their lives, and how to be healthier, all while I struggled inside to overcome one of the biggest obstacles in my life.

The worst part was that I kept on failing.

Inside I felt like a failure, a hypocrite, a fraud.

I never gave up.

Like the old story about Thomas Edison trying 10,000 ways to ‘invent the lightbulb’, I tried every day to find a new cure for my anxiety.

Though the Qi Gong, mediation, and music didn’t fix the problem (and neither did petting my brand new puppy, a then young ol’ Bally the Dog), each one gave me hope and led me to a new idea or down a new path to another potential option.

Each day I was learning painful lessons that would bring me closer to a resolution.

That’s how I looked at it.

That’s how I had to look at it.

Any other mindset would drive you insane.

To fail, to miss your targets, to finish without success, to not achieve something you expected, it hurts. It hurts your pride, it hurts your heart, and it can hurt you physically, too.

But the full definition of “fail” is to ‘end without success’.

That simply means our solution to not failing is to never end.

Eventually my troubles got to the point where I had to call in the big guns. Unfortunately calling in the ‘airstrike on my anxiety’ meant facing up to one of the most embarrassing situations in my life.

It was actually a beautiful spring day in 2006. Considering everything I had going for me, it should have been one of those “whistle on your way to work” mornings. But the anxiety was crushing me. There was no rhyme or reason to it. I don’t know why it was bubbling up to the surface more than usual that day.

At 7:30am I was in the gym, taking my client Richard, an obese but jovial lawyer, through his workout. Things were going well, and at least he was feeling fine. Not me, though. I was failing. Fast.

Each repetition from Richard seemed to intensify my anxiety. I felt like I was backed into a corner. And well, literally I was, standing above him as he did dumbbell chest presses in the well-lit corner of the swanky uptown gym where I was a trainer.

I tried to fight it off. But the feeling was too strong. I must have looked like I had seen a ghost. After his set, Richard asked me if I was feeling all right.

I broke down. “Richard, would you mind giving me a ride to the hospital?”

That was the lowest point in my adult life.

I was losing. I was on the verge of true failure. If this wasn’t giving up, giving in, quitting, then what was it?

Fortunately, it turned out to be the beginning of the end of my struggles.

I remain embarrassed to this day for the waste of resources (the time and tests the hospital and doctor wasted on me, instead of patients that really needed it) that I used that morning.

There was a doctor examination first, followed by a chest x-ray, and then I was given a heart rate monitor to wear for 24 hours.

“Bring it back tomorrow, we’ll call you if there are any problems,” the kind, but slightly condescending doctor said to me on the way out of the hospital.

Pride damaged, I walked home in the spring sunshine. I started to feel like everything was going to improve.

That’s the funny thing about anxiety, or at least the attacks that I experienced. When you are young and otherwise healthy, it’s near impossible to describe to a ‘normal’ person what you are going through. They can’t understand it, and rightfully so. But the reassurance from the doctors, the relief of being under their care, actually made me feel better. It was the fear of the unknown, when I was dealing with it on my own that made it worse.

Later that afternoon I had a call with my first business coach, Tom. We had been having weekly calls for the past two months. During each of the previous calls I feared that the anxiety would get so bad I’d have to abruptly hang up and rush myself to the hospital. But not on this call.

The trip to the hospital gave me strength.

As the call ended, I surfed the Internet to read more about anxiety and panic attacks. I even stumbled across an e-book, “Panic Away”, that I bought and began to read.

I know, it seems a little funny, a little too perfect, that a famous fitness e-book author was using an e-book to solve his own greatest problem. But I was, and the e-book did fix it. Literally, after I read the five words at the start of Chapter 2, it all came together.

The doctors told me I was in perfect health. My business coach was there as my social support and accountability partner, though he might not have known it at the time. I had a powerful incentive and deadline for getting better, because with Tom’s coaching, we were to re-launch my Turbulence Training product to the world in just a few short weeks.

When I read those five words in Panic Away, I said to myself, “Awesome, I’m too busy for this anxiety. I’ve got too much to do to let this bother me.”

And a big weight lifted off my shoulders.

The anxiety would try to come back a few times, but it was never the same as when it was practically crushing me, physically and mentally, every day.

Those five words were, “There’s nothing wrong with you.”

I wish fixing anxiety and panic attacks would be so easy for everyone else, but when I look back, I realize it was my resilience in the face of failure that fixed me, and not necessarily just those five words.

The combination of the sunshine, the medical clearance, the coaching, and those five words, brought me back to normal. This only happened because of my dogged determination to find a solution.

Whatever it is you are failing with, fighting against, struggling over, and going through dark days and dips because of, realize that you’ll never truly fail unless you reach the end without success.

You have the rest of your life to avoid that end, to keep striving for your success, to keep looking for your answers, to continue never giving up on what is important to you.

You might experience a setback this time. You might be trying to quit smoking, swearing, or stuffing yourself at dinner each night, and maybe last night felt like a failure.

Maybe you even hit the trifecta of failure. You got up from the table after having seconds and dessert, lit a cigarette on the porch, and said, “Cuss word, that was a great cussin’ word meal, but cuss word, I ate too much, puff, puff.”

That’s okay. That was then, this is now.

By true definition, it was a setback, not a failure, unless you’ve quit, which you haven’t, and you won’t.

Because as long as you never, ever, ever give up on what is important to you, then you will never truly fail.

I know what it is like to go through an extended period of dark days, living in the valleys of dips under a shadow of despair and frustration.

But thanks to a never give up attitude, I also know what it’s like to come out the other side into the sunshine of success at the opposite end of failure.

Like those little fellas in The Lord Of The Rings, I crossed through my Mordor and cast off my curse.

There wasn’t one secret to success, as there won’t be for you. It relied on what I call the five pillars of transformation – planning, support, accountability, an incentive, and The Deadline.

I put those in place. I tried and tried again. I never let the journey end. And because of that, I could never, ever fail.

If you take that mindset, if you put those five pillars in place, if you plan and prepare, get the right people on your side, and keep on pushing on, you will win.

It might not happen the first time. It didn’t for me.

But don’t confuse a setback with failure.

They are not the same thing unless you stop, and I know that you never will, because what you are after is too important to you.

Keep on going. From someone that has been there, I know you are going to make it.

2014 is another chapter in the book of your life.
You control the character.
You create the definitions.
You write the ending.
You determine how many times you get up when you fall.
And because of that, you cannot – and will not – fail.

Click here to start transforming your life – for free – today.

[Ed Note: Craig Ballantyne is the editor of Early to Rise (Join him on Facebook here) and the author of Financial Independence Monthly, a complete blueprint to helping you take control of your financial future with research of proven methods in your career, in your business and in your personal life. He has created a unique system to show gratitude and appreciation to stay on track for these goals each and every day. Click here to follow the exact 5-minute system you can use to improve your life.]
Posted in Motivation, Self-Improvement
This error message is only visible to WordPress admins