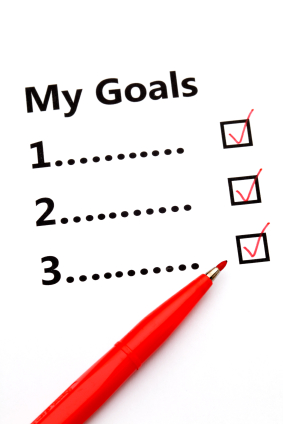 To Master Plan your life, you must begin with long-term goals that correspond to your core values. From that good start, you must establish yearly and monthly objectives. Based on those objectives, you create weekly and daily task lists. Doing all that will help greatly. But if you want to really change your life, you have to learn how to prioritize.

I didn’t always know how to prioritize. For much of my business career, I relied on goal setting and task lists and was happy with the results. But when I turned 50 and started writing for Early to Rise, I began to read how other business leaders achieved their goals. And that’s when I discovered what a huge difference prioritizing can make.

The most important lesson I learned came from The Seven Habits of Highly Effective People by Stephen Covey. In that book, Covey presents a technique for prioritizing that impressed me greatly and soon became a central part of my planning process.

In the “not important and not urgent” category, you would put such things as:

In the “not important but urgent” category, you would include:

And, finally, in the “important but not urgent” category, you might include:

When you break up tasks into these four categories, it’s easy to see that you should give no priority at all to “not important and not urgent” tasks. In fact, these tasks should not be done at all. They are a waste of time. Yet many people spend lots of time on them because they tend to be easy to do and sometimes enjoyable in a mindless sort of way. Or because they are afraid to get to work on important tasks because they are afraid of failure.

If you discover that you are spending a lot of time on unimportant tasks, you’ve got a serious problem. Unless you change your ways, you’re unlikely to achieve any of your important goals.
So which tasks should you give priority to?

In Seven Habits, Covey says that most people think they should give priority to important and urgent tasks. But this is a mistake. “It’s like the pounding surf,” he says. “A huge problem comes and knocks you down and you’re wiped out. You struggle back up only to face another one that knocks you down and slams you to the ground.” You are “literally beat up by problems all day every day.”

All urgent tasks – both unimportant and important – are problematic: They are urgent because you’ve neglected something or because they are important to other people (like your boss). In either case, you need to find a way to keep most of them from winding up on your daily to-do list. This means making some changes in your work habits – usually a combination of being more efficient and delegating more chores to other people.

Urgent tasks will burn you out. And turn you into an unhappy workaholic. If you want transformation in your life, you have to give priority to the important but not urgent tasks – because those are the ones that will help you achieve your major, long-term goals.
It’s not easy.

The important but not urgent tasks whisper, while the urgent tasks shout. But there is a way to get that critical but quiet stuff done in four simple steps:

Step 2. You will, of course, have to do or the urgent tasks – at least until you get better at taking charge of your schedule. And you will have to find a way to get rid of the tasks that are not important and not urgent. But make sure you include one important but not urgent task that, when completed, will move you closer to one of your long-term goals.

Step 3. Highlight that important but not urgent task on your to-do list. Make it your number one priority for the day.

Step 4. Do that task first – before you do anything else.

Initially, you will find it difficult to do an important but not urgent task first. There are reasons for that.

But once you start using this little four-step technique, you’ll notice something right away.

The first thing you’ll notice is how good you feel. Accomplishing something you’ve been putting off is energizing. It will erase some doubts you have about yourself – doubts caused by years of “never getting to” your long-term goals.

That extra energy and confidence will grow, and will fuel you throughout the day. This will make it easier for you to accomplish other important but not urgent tasks.

As the days go by, you will realize that you are making measurable progress toward your neglected goals. In just a few weeks, you will be amazed at how much you’ve already done. And in 52 weeks – a short year from now – you will be a brand-new, much more productive person.

That year is going to pass by anyway. You are going to spend the time somehow. Why not do it by taking charge of your schedule? Why not spend that time on yourself – on what’s really important to you?

[Ed. Note: Mark Morgan Ford was the creator of Early To Rise. In 2011, Mark retired from ETR and now writes the Palm Beach Letter. His advice, in our opinion, continues to get better and better with every essay, particularly in the controversial ones we have shared today. We encourage you to read everything you can that has been written by Mark.]
Posted in Motivation, Productivity, Self-Improvement, Time Management
This error message is only visible to WordPress admins