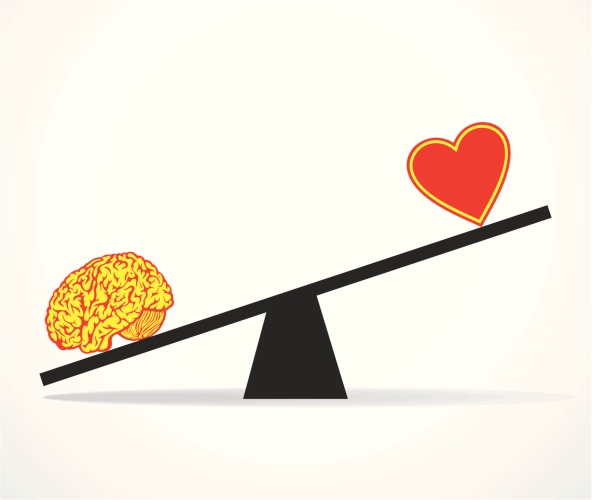 I’m not one of those people who can do things just for the money.

Before you jump to the conclusion that I’m somehow more evolved than the average Joe, let me put your mind at ease. I’ve tried many times to do things just for the money. It’s just never really worked out for me.

I’ve fallen for pursuing quick riches just like most people. And had those pursuits worked out, I imagine I might have continued. But those things never worked out. I never chanced upon a strategy that dropped millions in my lap. And I never discovered a loophole in the system somewhere that I milked until the well ran dry.

Why I’ve never been able to do something like that, I don’t know. And at this point, I’ve given up caring.

Here’s what I do know:

I have this “affliction” where I actually have to enjoy my work or I just won’t last long. It’s always been that way and I don’t think it’s something I’m able to change. It’s just how I’m wired. And over the years, I’ve come to realize that my inability to do things “just for the money” (for any extended period of time) is actually a constraint I should embrace. These days, it’s slowly becoming a non-negotiable part of my life.

My goal is to make a living doing what I love.

Sadly, I can’t tell you that if you do what you love, the money will follow. I wish that were always true. To be frank, doing what you love doesn’t always lead to great riches.

What to Do About the “Rational” Reflex

Coming at life from such an “idealistic” point of view immediately triggers the “realistic” reflex. That’s the device we’ve all been trained to use to reinforce our story about what is and what is not possible. It keeps us in line. It keeps us under control.

These are all valid and quite rational responses to the idea of making a living doing what you love.

And it’s your choice whether or not you want to allow your life to be governed by these creations.

The fact is, in 90 years, no one reading this article will be here. 90 years is a blip. It’s going to be over before you blink. That means that everything matters and nothing matters all at the same time.

Sit for a moment and see how your brain comes to terms with an idea like that. It’s not something that’s meant for your brain, it’s an idea that’s directed right at your soul.

People have been making “rational” choices about their livelihood for centuries. But one look at the current state of world affairs and it doesn’t take a rocket scientist to see that the choices we’ve been making have led us to a very sad place.

People endure decades of misery in pursuit of making a living in the way they’ve been told to do it.

As evolved as we think we are as humans, history has shown we’re not too many steps removed from the animal kingdom. Once the luxuries of modern life are stripped away, our similarity to animals becomes very clear, very quickly.

But there’s one trait animals don’t display that we “evolved” humans do. I can’t think of any animal that would willingly pursue an activity it didn’t feel was in its own best interest.

It certainly wouldn’t do it 8 hours a day… for years and years.

And that’s why, on any given morning, millions of people in this world trudge off to spend their days doing things they hate with people they can’t stand. They spend 30% of their life practicing things they have no interest in being good at.

And when they eventually do become good at those things, they have to search for something to fill the void that the “right work” is meant to fill.

“But what else would I do to make a living? What else could I do?”

I used to think that I had to have answers to those questions in order to move forward. I searched long and hard for those answers, but they never came like I wanted. I wanted a bolt of lightening… but all I ever got was a spark. One spark here… another spark there.

The Easy Life or a Life Well Lived?

For me, my answers began to appear only well after I was willing to set sail and DO.

The answers are in the doing. That’s the secret I’ve discovered.

For me, school was easy. It was also empty. Years of coughing up the right answer as ordered, like a trained dog… and for what?

It’s only after I began my journey to make a living doing something I loved that I truly began to live. It’s one of the greatest challenges I’ve faced. It’s also been the richest and most rewarding. And I’m just getting started.

In my opinion, pursuing the challenge of making a living doing what you love is a direct route to a life well lived. And given how brief the time we’re all given is, I don’t think there’s a more worthy destination than that.

[Ed. Note: Jason Leister is a direct response copywriter, internet entrepreneur and editor of the daily e-letter, The Client Letter, where he empowers independent professionals who work with clients. He has six kids and lives and works in the mountains of Arizona.]
Posted in Careers, Motivation, Wealth
This error message is only visible to WordPress admins