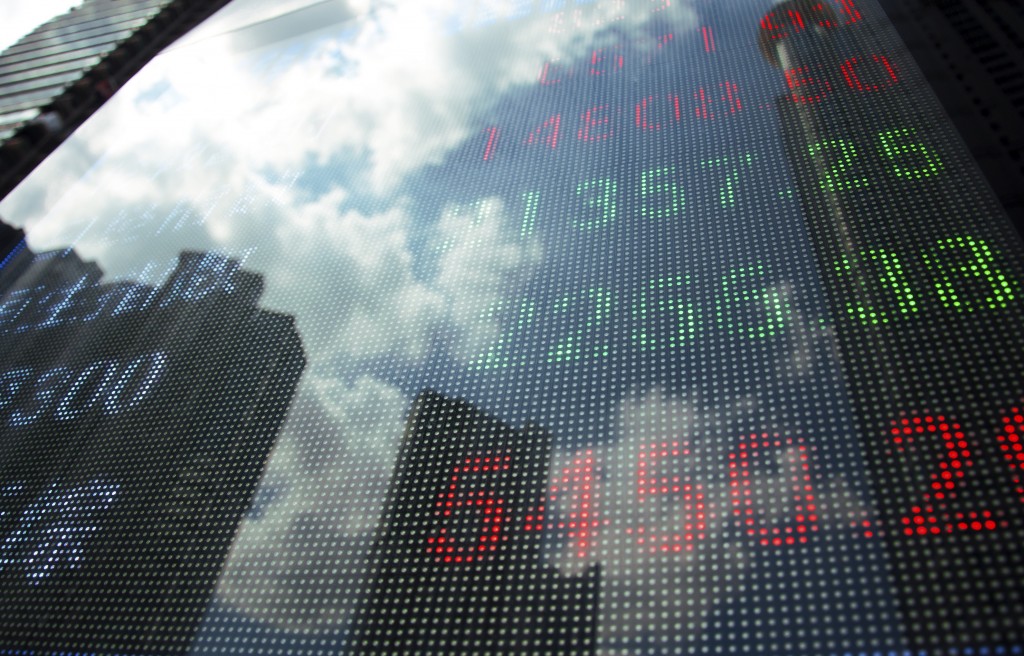 He’s the gurus’ guru, the rock star of stable growth. When Warren Buffett talks, everybody listens. With good reason—starting from small potatoes, Buffett became the richest man in the world, cruising past billionaire when millionaire was still a notable number. And thankfully, he’s been generous with investment advice. In this article, we’ll distill down that advice and see how it can help us with our own investments.

First, it helps to know a bit about the man to understand where he’s coming from. His public persona, backed by a tremendous spirit of philanthropy, gives the impression of a kindly old gentleman, perhaps even a bit of soft touch. But underneath is an extremely sharp mind, well trained, and experienced in the rough and tumble of the corporate world.

Buffett started on a path of wealth building early on. Biographers report he was interested in making money while still in high school, filing his first tax return as a freshman on money he made delivering papers, selling golf balls and cleaning cars. His first partnership was in the purchase of a pinball machine, using the profits from it to buy more machines—an early example of reinvesting capital gains to expand.

Before he left high school, he’d already purchased property which he rented to a farmer.

Out of high school, Buffett got the education he would need to graduate into the deeper end of the pool.

It’s a mistake to think Buffett is simply a “natural” and an unschooled genius. He attended college, first earning a Bachelor’s in Business Administration and then a Master’s in Economics. He also worked as a stockbroker and taught a financial principles class. His first million took about 15 years and half a dozen partnerships to acquire. He was 32 years old. He would break a billion in his next 30 years. Let’s look at his Rules for Investing.

Overall, Warren Buffett is a values investor. He’s consistently touted this approach since he first attended Columbia University’s Business School as a student of Benjamin Graham. Graham was noted for his cold, calculating analysis of companies to unearth their fundamental worth. The contrast here is with investing based on predictions about the market or any “celebrity” attached to a company. By focusing instead on demonstrated or foreseeable value, risk can be minimized and a realistic judgement reached as to the correct price of a stock.

Which leads us to our first principle…Purchase stocks based on a realistic evaluation of the stock’s current worth.

There are several ways to do this. Companies can be evaluated by:

• Tangible Book Value – easiest to understand, simply real world, tangible assets minus liabilities. This is used to derive another metric: the Price to Book (or Price to Market) ratio.

• Dividend Yields – How much does the investment earn compared to the amount invested?

• Price-to-Earnings Multiple – Market price per share divided by annual earnings per share. When these metrics show a stock is selling for less than it should, investors can purchase at a discount. There’s a real expectation the market will eventually catch up, and the price will rise to the correct number. Warren Buffett’s first big “win” was of this type.

The Sanborn Map Company produced custom maps for insurance companies, showing business locations and fire risks in the communities they mapped. The company also had various holdings in other companies. Buffett discovered that shares of Sanborn were selling at $45 each, but the tangible book value of the company meant the shares actually represented $65 in value. In essence, by buying shares of Sanborn, Buffett and his partners were turning each dollar invested into $1.44, instantly.

If this seems like a no-brainer, it’s because the situation in hindsight is so clear. The important point is the valuation—cold, hard numbers. Contrast this with the emotional investor who seeks “inspiration” or wants to participate in the latest hot stock or company. There’s nothing sexy about map making.

But as a realist, Buffett understood the underlying value.

The lesson for us is to use evaluations, both raw and in comparison with competing companies, to put the brakes on impulse or emotionally driven purchases. Where the numbers are so overwhelmingly good, as with our example above, it’s worth a serious plunge. Buffett started an investment company primarily to take advantage of the Sanborn situation—taking on ten partners at $10,000 each.

Expect to Make a Profit

Amazingly, many investors simply throw their money at an idea without a firm expectation of ROI. The “idea” can be the stock market generally, some segment of the market, or into a fund they’ve heard “good things” about. Buffett tells us we should go in with our eyes open and with a set goal in mind. For example, in the current low inflation, low interest economy, he says investors should expect a 6-7% annual ROI. If this seems low, consider that Vanguard’s Total Stock Market Index Fund (with a reasonably low fee structure) returned 1.5% year over year to date and the S&P500 is running an annual 11+% return. Somewhere in-between those ranges you’ll find the average investor.

Practically, this means looking for stocks within a certain industry that have your target P/E ratio (or other metric). If the price of one of your targets dips appreciably and the fundamentals look good, that’s a buying opportunity. But if you can’t write down your specific reason for buying, that’s a red flag.

If the Company Is Good, the Investment Is Good

Like no one else, Buffett relies on his own judgement and evaluation of a company—despite what the news says. He has the tenacity to stick to his guns in the face of mediocre performance. It’s worth noting that Buffett will sometimes hold on a stock, like Walmart, even when it doesn’t currently meet expectations. He’s got a catchphrase for that as well: “It’s far better to buy a wonderful company at a fair price than a fair company at a wonderful price.” Buffett started buying Walmart in 2009 and kept buying through early 2012—in a period when the stock was stuck in the high 50-dollar range. Three years of no significant movement, but he didn’t sell. It’s now in the 80’s.

The lesson here is that if your evaluation is sound, and it hasn’t changed, there’s no reason to abandon a stock early. Buffett consistently advises against following the trends. Stay the course and eventually the trend will catch up to you.

Invest in What You Understand

There’s no reason for all of us to have the level of expertise Warren Buffett enjoys. But at whatever level we invest, it’s foolish to put money into a company you don’t understand. If the business model is too opaque, and there’s no clear relationship between what they do and how they make their money, there’s just no realistic way to evaluate the company.

Simplicity is also the reason Buffett recommends you look for companies with basic, bread-and-butter products. Walmart is a good example of this. Someone is going to sell America all the daily supplies we use. That basic need, and meeting that need, isn’t going to go away.

A good contrast, and an area to be very wary of, would be cutting edge technologies like genomics (and other unproven medical advances) or high-tech. Famously, Buffett himself avoided the dot com market because he said he didn’t understand or trust the business model. So the rule is to let the technology mature before putting your money at risk.

Reinvest if the Numbers Justify It

The entire purpose of investing is to use money to make money. So long as your original analysis remains sound, there’s no reason not to reinvest in the same company.

Unlike most of us, Buffett can get a dominant position in a company by swinging the billionaire bat.

He’s the thousand-pound gorilla in the room and often gets a seat on the board along with excellent terms when he gets in the game. In fact, a stock can move upward simply with the news that Berkshire Hathaway is buying it.

But even when he isn’t a major player, he still follows initial investments with more buys—so long as he still thinks the company worthwhile. We can do the same by reinvesting dividends or adding other monies for a follow-up purchase. After all, there’s a clear economy of effort when we are already familiar with the investment. We already have a sense of what a “buy” price should be.

Selling, the Other Side of the Equation

If you’ve done your homework as a value investor, you’ve seen some gains. As the market catches up with the correct price, the question of realizing those gains arises.

Again, the solution in value investing is the same.

Does the company still meet the original criteria? By “checking the numbers” on a moving monthly basis, real trends will emerge and we can gain confidence that what we see isn’t just vibrations around some mean. Buffett recommends ignoring even weekly reports—if you can. The idea is to avoid the transaction costs that come with churning—there are unavoidable, and unrecoverable, fees associated with moving the money around.

There are two tricks useful for beginning investors or those unwilling to take up the challenge. The first is to buy an index fund and rely on the long-term gains in the market. This is considered a low to medium risk strategy and has the advantage of requiring no expertise whatsoever.

The second is to see what Buffett’s holding company, Berkshire Hathaway, is holding and mimic it. In a sense, this puts Buffett in the position of managing your money for you. Of course, you won’t realize the same gains, since Berkshire Hathaway has advantages you do not. For example, as soon as they buy something, whatever it is, the price is likely to go up because of the purchase. So you’ll always be following instead of leading. There are even exchange traded funds that try to duplicate the top stocks in Buffett’s holdings, so the idea isn’t a new one.

Of course, if we could swing it, we might buy a few shares of Berkshire Hathaway. Why not simply let the guru’s guru invest for us directly? It can be done. The current ticket price to join the fun is just north of $200,000… per share.