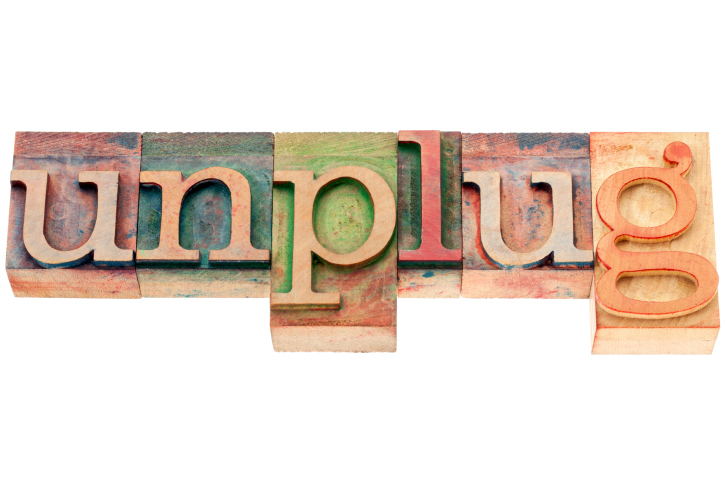 In military jargon there is something referred to as Mission Creep. According to Wikipedia, it is “the expansion of a project or mission beyond its original goals, often after initial successes.”

The Korean War provides a great example. In September of 1950, the American-led joint military force drove the North Koreans out of South Korea. Until, that is, the mission crept onward. The US-led forces now wanted to drive the North Koreans back even further, above the 38th parallel, remove the regime in power, and reunite the Korean peninsula.

But that decision came back to haunt them.

The Chinese-backed North Koreans fought the United States for almost three more years, costing America over 33,650 lives. And the result? An armistice was signed agreeing to a new border between the Koreas near the 38th parallel — no further ahead than where they were in September of 1950.

The expanded mission brought no gain, only loss.

Mission creep, as Wikipedia continues, “is usually considered undesirable due to the dangerous path of each success breeding more ambitious attempts, only stopping when a final, often catastrophic, failure occurs.”

We can also suffer from mission creep in our lives, businesses, and daily habits. Recently, I’ve suffered from Internet creep.

No, I haven’t had any interactions with Anthony Weiner or Internet trolls. I’m referring to the slow expansion of time spent on email correspondence and website surfing into my daily schedule.

Blasphemy, you say. Is not Early to Rise’s editor supposed to be the epitome of scheduled discipline and restraint when it comes to productivity?

Well, yes, and I take the responsibility of being a good example to our readers very seriously. Hence the need for an intervention.

My most recent experiment was based on an idea that Matt Smith and I have been discussing for a long time. I call:

The experiment was run on a Sunday, when I did not use a computer or turn on my phone on for almost 36 hours (from Saturday afternoon to Monday morning). No email, no text messages, no checking MLB scores online. Nothing. It was wonderfully liberating, and now I plan to do this at least once per month.

Granted, for a few ETR readers, this might not be a big deal. But for the majority of readers, going that long without access to email or text message is akin to withholding breath from their daily routine.

I can assure you, however, it was not that difficult. I’ll prove that to you below with a step-by-step plan on how you can do the same.

But first, let’s talk about the numerous benefits of such a cleanse.

The Perks of Unplugging

Avoiding the siren’s call of the Internet gave me much more time to think, to reflect in introspection, to plan big projects, to spend time with family, and to read the books that have been piling up around me thanks to my overzealous Amazon shopping habits.

One of them was the educational and entertaining, Daily Rituals, by Mason Currey. I love this book. It’s an amazing anthology of the daily habits kept by famous authors, painters, and composers from history. Many of them exhibited strange and wonderful behavioral quirks. Some were extreme disciplinarians, others were substance abusing, obsessive-compulsive geniuses that drank themselves to death or at least suffered from wild excesses. Many of them make my habits look downright normal.

It also revealed how dedicated these artists were to their craft, often working five years or more just to finish one book! It was incredibly inspirational – and even if you’re not a writer, you’ll find great motivation in their perseverance and persistence towards their goals.

The irony was that many of our literary heroes were dealing with procrastination every day like we are.

Instead of email, they spent hours answering letters instead of working on their novels. Others engrossed themselves in multiple newspapers, and would today likely cycle through Twitter or Buzzfeed for hours.

Ultimately, they all found ways to combat these distraction vices enough to create works of fiction, musical compositions, and other works of art that have stood the test of time.

By taking an Internet-free day, you’ll experience this same mental clarity, focus, and time to complete your masterpiece.

Ideas for projects will bubble forth when you don’t have your attention diverted to your inbox, or as you sit in anticipation (read: desire) of a new text message to satisfy your attention deficit issues.

Taking a holiday from wireless connectivity will also help you identify the gaps in your defense and weaknesses in your day.

At what time are you most itching to access your favorite news sites? When are you on the cusp of madness to get access to your inbox? By knowing these truths about yourself, you can shore up your defenses and modify your routine to be more productive.

You’ll also discover the power of batch tasking and how transition time, back and forth from email to work to email to work is robbing you of hours of productivity each day.

While the reality of an Internet-free day is that you’ll return to an email inbox filled with more messages than usual, you’ll also realize that you can whip through the correspondence in a short time, much less than you would spend on a normal day checking email several times.

It will reset your willpower so that, for at least a few days after, it will be easier for you to avoid checking your inbox, Facebook account, YouTube, and favorite news websites as often as you had last week.

Of course, this all sounds easier said than done, right? Well, let me give you hope that it will work for you.

The easiest way to break your digital addiction and learn to balance phone and email time with personal and family time is to read The Perfect Day Formula. 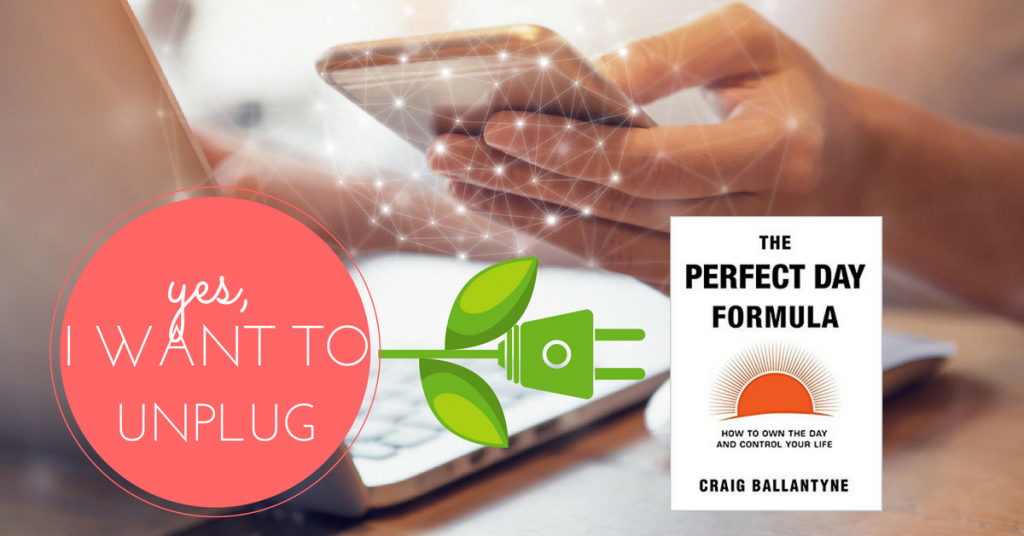 First of all, I don’t suggest trying to do this on a Monday when you’re traveling for business to an important meeting all the while having three kids at home (with at least one of them sick, of course), and an overwhelmed spouse that wants to hear your voice. Likewise, I don’t recommend an Internet-free day on the morning after a hot date when you want to keep the spark alive.

Certainly there are days that are best for trying this experiment. These tend to be later in the week or on the weekend.

Everyone can pull this off provided you plan and prepare for what we know will occur. You just need to establish a series of practical considerations that will enable this to work.

If you worry that you will succumb to temptation, as I nearly did late in the afternoon when the desire to visit ESPN.com was almost overwhelming, there are simple steps you can take to stay strong.

First, make your commitment public. Share this with your friends and family the day before. This will also help manage their expectations with respect to your response time on any messages that they send you on your device free day.

If necessary, hand over your devices to a gatekeeper. Have them stored under lock and key so that you can’t get at them.

That said, make sure everyone important has an emergency contact for you. Have your phone forwarded to another number where you can be reached. I still use a landline. My immediate family knows the number. Everyone else can wait.

You will also need to have any relevant phone numbers, meeting places, and content to review printed off from your devices so that you don’t suddenly find yourself trying to remember where you were to meet your wife for lunch or the details of a specific project that you want to work on.

Finally, be prepared to deal with the aftermath.

You’ll need to set aside time for the extra work that you’ll come up with for yourself. Being liberated from technology will allow your mind to work properly again. You’ll be more creative than you can remember yourself being in a long time. This will lead to many good ideas that will need implementing when you are ready to return to your already busy schedule. Consider this a good thing, but be prepared for it.

Listen, you can cut the cord, so to speak, yourself or you can pay $350 per weekend to attend a digital detox camp in the woods. I think you’ll agree that the DIY approach is better, and certainly cheaper.

Likewise, you can do a willpower reset with anything in life. If you think you’re drinking too much caffeine, take a weekend off to reset your intake and identify the times of day where strong habits have been built and desires are overwhelming. Once you’ve identified these obstacles, come up with at least two solutions to overcome them in the days ahead.

The simple connection of cause-and-effect can liberate you from almost any negative ritual in your life. If you find your progress in life hampered by the control of digital devices over your time, plan ahead for an Internet-free day this weekend.

At the very least, you’ll actually get something done and remember what it was like to be alive back in the 1980s. The retro experience will deal your mind a load of benefits.