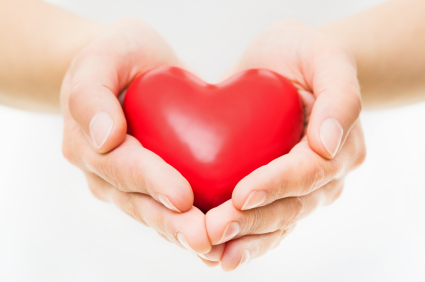 So what does it take to succeed? You’re about to find out the answer from experience. Over the past decade I’m made friends with some very well off people who have created their own success and freedom like I have all based on “The Formula.”

But before we get to the formula, you need to hear a little story about the American Dream.

You see, in 1980 my folks brought the family to America from Armenia, then a communist country. I was five years old. We got here with two suitcases and less than $200 in cash for a family of five.

I didn’t know a lick of English and we were broke to levels you probably couldn’t even believe. Imagine this. As a chunky five year old kid with a funny hair cut and second-hand clothes, I’d get lifted into dumpsters behind supermarkets so I could pull out fruits, vegetables, breads, and other “expired” food that hadn’t turned rotten, yet could no longer be sold.

And that would be dinner.

(Let me just say that most food has different levels of “bad” and you’d be surprised to know that your body can tolerate “bad food.”)

But that was just the start of the trial and tribulations I went through on my success journey. Over the years I went to three elementary schools, two junior high schools and two high schools. I dropped out of college and at one point – due to a bad business decision – was evicted from my apartment and lived in a Toyota pick up truck as a last resort.

But today, I own and live on an acre estate in southern California that cost seven figures.

In addition we have multiple rental homes that provide an additional income stream for us.

I own or co-own four corporations that collectively generate multiple seven figure incomes annually and the workload that it takes to run them is pretty manageable for the most part.

I’ve owned and own practically every dream car I’ve ever wanted.

My family and I take vacations when we want where we want for as long as we want.

None of this is to brag. Instead, it’s to prove a point to you, that I, a foreign kid with more learning disabilities than the average person, am living the perfect life of freedom and abundance, and I have no boss – there’s no one that tells me what to do or when to do it.

In case you didn’t figure it out already, I dislike authority and wouldn’t make a very good employee.

But, what’s more important is to observe where I started, what I went through, and where I am now.

What takes most people an hour to do, takes two hours. For example, even typing out this simple article is taking me twice as long as it would for a normal person. And while it might take you just a day or two of preparation for a presentation takes me a week or more – and that includes me studying and practicing the presentation three to four times per day.

The real lesson is that if I can succeed, anyone can – so long as you take action, have a burning desire for success, and commit to working hard.

My success is based on this formula:

So in all reality YOU are better equipped than ME for success. But you also need this one very important characteristic (and I’m sure that you DO have it).

The one thing that EVERY successful self-made person has is heart. And those that are unsuccessful lack it.

… but the thing that makes all the difference is HEART.

Heart to realize that you deserve more, even if you were brought up on crumbs like I was.

Heart to want to change your circumstances.

Heart to want to step out of your comfort zone.

Heart to be willing to do whatever it takes to get whatever you want.

Heart to realize that you are going to fail (often) and knowing that failure is the price that you must pay from time to time. But, I also believe that you’ve never really failed if you get back up and try again. It’s the folks who fall down and stay down that end up as failures for life.

Heart to make the HARD decisions that others won’t.

Heart to take the actions you know you need to take even if it’s going to hurt.

Heart to be willing to take a risk.

And heart to be willing to deal with fear, doubt, rejection and uncertainty.

Listen, if you’re sitting around waiting for some major secret to success then you’re probably feeling pretty let down by now. And anyone who says they have one magic secret to make you successful is full of it.

If you’re waiting for permission to become successful. I give you permission. Better yet, look yourself in the mirror, and give yourself permission because no one is going to give it to you.

You’ve been given access to the tools, tactics, resources, action steps, systems, strategies and ideas to make yourself as successful as you want to be.

But what I can’t give you is heart.

What I can’t do for you is take action.

What I can’t instill in you is the work ethic.

I don’t know where you are on your success journey right now, but what I do know is that if you’re reading this article then you probably want more money, more freedom, and probably to be your own boss, right?

Well, all you need to do is put the information you have to work for you, and you need to have a burning desire for getting more out of your life.

But never forget this: Getting information and APPLYING information to your life are two different things. See, I know plenty of people with all the information they need to succeed but that still struggle.

There are lots of folks like that in life. They are known as “information gatherers” but not action takers. They talk but don’t do. They’re afraid of getting out of their comfort zone. They claim to have a burning desire to succeed but really they do everything possible to self-sabotage.

Why am I telling you this? Because the harsh truth is that YOU need to take responsibility for your failures, successes, and lack of action. That is the number one reason people never get what they want. No personal responsibility. And with that they don’t take action and then 12 months go by and at best they’re in the same place in life that they were last year… only older.

But I know you’re different. I know that you want more from your life. You want more time with your friends and family, more clients, more money and more freedom. All you need to do now is get out of your own way and get it.

[Ed. Note. Bedros Keuilian is the embodiment of the American Dream. Arriving in the United States from the communist Soviet Union back in 1980, his family went from being broke to eventually adding value to their new community. Today, Bedros helps over 45,000 fitness experts grow their businesses.  Bedros knows the American Dream is NOT dead, because he is living it right now. So are the folks in this inspiring video – watch it now.]
Posted in Articles, Careers, Self-Improvement, Skill Development, Wealth
This error message is only visible to WordPress admins