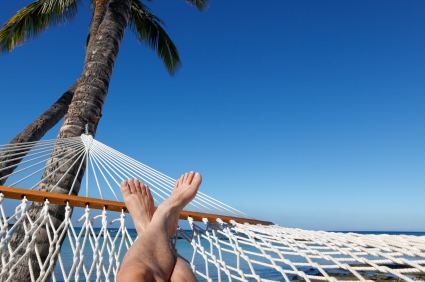 When I was first getting into the business of selling educational programs, a famous zero-down real estate guru asked me, “Do you know the thing people who take my courses want most?”

I had a sneaking suspicion I was about to get it wrong, but I gamely answered: “To be successful real estate investors?”

He laughed. “You’ve got a lot to learn, my friend.”

I took the bait. “So what do your customers want?”

“They want to avoid taking action.”

I told him I wasn’t sure I understood. He was kind enough to clarify. “Most of the people who take my courses and who will be buying your programs want to feel like they are on the road to success. But they don’t want that road to end. They like the journey. They fear the destination.”

“To tell you the truth,” he said. “I don’t know. But I can tell you this. After our real estate students have gotten the knowledge they need to succeed, few of them get out there and get to work. Most of them just buy more programs. If they don’t buy them from us, they will buy them from someone else. So we sell them extra programs.”

“That’s sort of depressing,” I said.

“If you give one of my customers – someone who has completed his real estate education and is fully prepared to start investing profitably – a choice between actually getting to work and buying another course to learn more, he will buy the course.”

“Are they afraid of failing?”

Since then I’ve thought a lot about this failure-to-get-started problem. I’ve read dozens of books and talked to many of my colleagues and posed the question to hundreds of my customers. The theories as to why people don’t take action are many and varied. The three that make most sense to me are:

If these are the main reasons why so many people don’t take action when they are ready, what is the solution?

There’s no mystery to that. Behavioral scientists know that the way to change a person’s behavior is by motivating them through positive reinforcement. This is what B.F. Skinner had to say about it in A Brief Survey of Operant Behavior:

“It has long been known that behavior is affected by its consequences. We reward and punish people, for example, so that they will behave in different ways. … Operant reinforcement not only shapes the topography of behavior, it maintains it in strength long after an operant has been formed. Schedules of reinforcement are important in maintaining behavior. If a response has been reinforced for some time only once every five minutes, for example, the rat soon stops responding immediately after reinforcement but responds more and more rapidly as the time for the next reinforcement approaches. … Reinforcers may be positive or negative. A positive reinforcer reinforces when it is presented; a negative reinforcer reinforces when it is withdrawn. Negative reinforcement is not punishment. Reinforcers always strengthen behavior; that is what ‘reinforced’ means.”

Positive reinforcement is a big part of my life. I reward myself constantly and for almost any sort of accomplishment, big and small. By attaching rewards to my desired behavior, I increase the likelihood that I will repeat that behavior in the future.

Some success coaches suggest big rewards for big accomplishments. You might, for example, reward yourself with a sports car when you make your first million dollars. Big goals like that never worked for me, because they were too far off in the future. What motivates me are short-term goals. And I have a feeling that short-term goals will be better for you, too.

Over the years, I developed a reward system that works very well for me. Here it is:

I keep a daily list of every task I want to accomplish. When I complete each task, I cross it out (or change its color on my screen) to “signal” that I have accomplished it. This little gesture is like a tiny shot of adrenaline. It picks me up and gives me energy to attack my next objective.

These rewards, as you can see, are pretty mundane. But that’s the thing about rewards. They don’t have to be big or even special. They need only be enjoyable.

It would be easy for me to consider these little things – my breakfast, the stretching, the protein shake – as simply an ordinary part of my ordinary day. But by looking at them differently, by seeing them as pleasurable rewards for specific, desired behavior, they motivate me.

I think that is the key – identifying little pleasures you already have in your life and using them as behavior-changing rewards. It’s very easy to do once you recognize that these little pleasures are blessed gifts. Truly speaking, you are lucky to be able to enjoy them. Be happy about that. Use them pragmatically.

[Ed. Note.  Mark Morgan Ford was the creator of Early To Rise. In 2011, Mark retired from ETR and now writes the Palm Beach Letter. His advice, in our opinion, continues to get better and better with every essay, particularly in the controversial ones we have shared today. We encourage you to read everything you can that has been written by Mark.]
Posted in Motivation, Productivity, Self-Improvement, Skill Development
This error message is only visible to WordPress admins