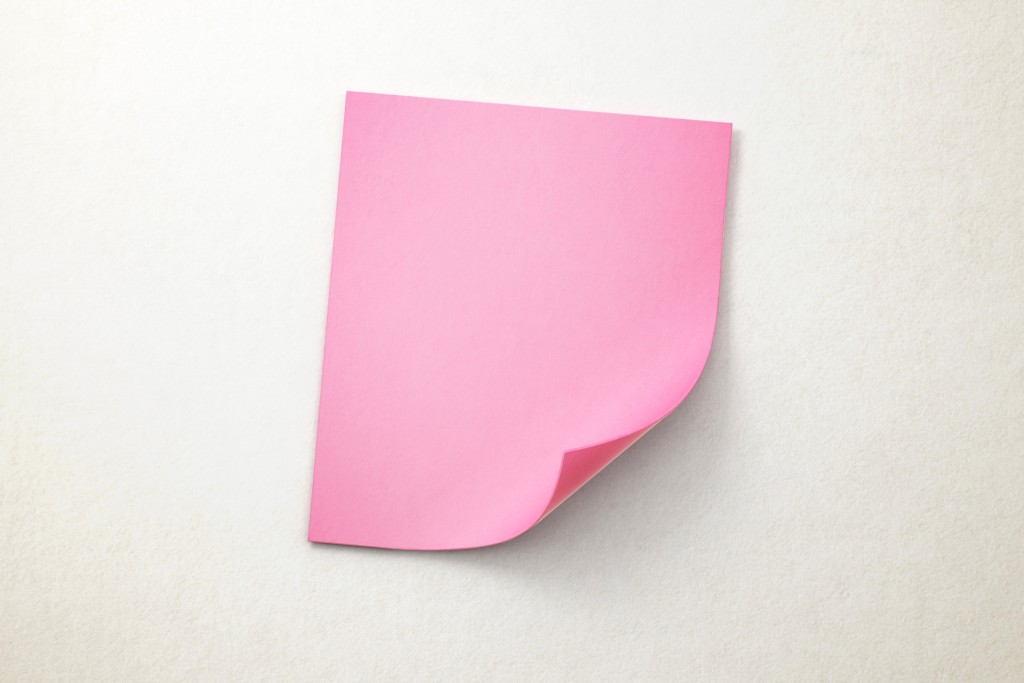 What do you open first when you get the mail?

The handwritten envelope or the computer generated envelope?

Because you receive fewer handwritten envelopes than you do computer generated, whether you know it or not, you’re tieing more value to these personalized letters.

Understanding that personalized and individualized objects or hints of personalization matter a great deal, especially when influencing others, is the topic of today’s essay.

A couple of years ago I started studying various personalized and individualized objects. It turns out I wasn’t the only person who was interested in this influential gold mine.

Randy Garner of Sam Houston State University (Huntsville) did a brilliant series of studies on Post-It Notes and just how influential “they” are.

Garner knows that marketers and salespeople need people to act. You need people to do stuff you want them to do now. Getting people to comply with anything that requires effort is extremely valuable to you and me.

Here’s what Garner did.

He found out whether a Post-It Note, with nothing written on it, influences.

Study One: Does the Post-it Note Really Influence?

In one study, he sent surveys by mail to a group of 150 professors. They would receive the following:

Group 1: A survey with a post-it note attached asking for the return of the completed survey.

Group 2: A survey with the same handwritten message on the cover letter instead of an attached post it note.

Group 3: A survey with cover letter, but no handwritten message.

Group 1 recipients returned in 76% of cases.

How would you like to double the results you get in pretty much anything you want?

For a number of reasons, The Post-It Note is a goldmine. Garner nailed it before anyone else.

But it goes beyond “results,” this is about understanding why the Post-It Note works so well. It represents many powerful behavioral triggers all in one little object.

Study Two: Is There Magic in a Little Post-it Note?

Garner has found the goldmine, but wants to see if there is magic in the Post-It Note that we might not be able to explain but regardless would be incredibly valuable.

In Study 2 a blank Post-It Note is attached to one of the groups.

Group 1 A survey with a Post-It Note message.

Group 2 A survey with a blank Post-It Note attached.

Group 3 A survey with no Post-It Note.

Group 1 (roughly the same packaging as Group 1 in the first study) 69% returned.

Group 3 34% returned with no Post-It Note

There might be a little magic in the actual Post-It Note, but the reality is …probably not. This is about Identity. The person sending the survey is personally asking me in a special way (not just writing on the survey) to help him out.

Dr. Garner could easily have stopped here, but there is more to this than Ultimate Compliance.

Study Three: Does the Post-it Note Influence Speed of Compliance?

How fast would people get back a follow-up survey if there was a Post-It Note attached and how much information would the person being surveyed return with that Post-It Note there vs. a group of faculty with no Post-It Note?

Group 1 returned their SASE and survey an average of about 4 days.

Group 2 returned their SASE and survey in an average of about 5 1/2 days.

And Group 1 sent significantly more comments and answered other open ended questions with more words than did Group 2.

That’s where most University research stops.

What makes Garner’s special is that he wants to demonstrate whether this only aids compliance in simpler requests, or if the effect carries to more involved tasks.

Garner sends 90 participants a long survey and 90 a short survey (one half the size).

Each group was subdivided into 3 smaller groups.

Group B received a personalized Post-It Note request with the person’s name on it as well as “thank you” and Garner’s initials at the bottom of the sticky note.

It appears that if the task is simple, the simple Post-It Note request needs no further personalization. The effect is strong and significant in both experimental conditions.

But, when the task is more involved, the Personalized Note was significantly more effective than the simple standard Post-It Note request.

In follow-up conversations, recipients often reported either not remembering the post-it note or that it wasn’t important to them.

Influence is power. Pure and simple. Be wise when you implement that power.