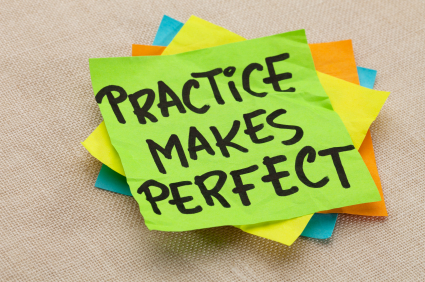 I started meditating on Thursday, January 31st, 2013. I haven’t missed a day since.

It hasn’t been easy, but the secrets I’ve discovered on this journey have also made me a top-rated speaker, a better manager, and a more effective businessman.

I’ll explain how that worked in a moment, but first let’s start with overcoming the challenges of taking up meditation. My first few attempts were difficult. I wanted to quit. And in the past, when I had tried to make meditation a habit, I did quit.

My first sincere effort at meditation occurred in the spring of 2006. At the time I was struggling with chronic anxiety issues. Every morning I woke up and felt like I was about to have a heart attack. In addition to Qi Gong, yoga, and tai chi, I tried meditation. The first few sessions brought me some limited relief, but despite my desperation I couldn’t manage to stick to the practice.

I tried again in the summer of 2008. After experiencing minor flare-ups with my anxiety, I tried inventing my own form of meditation. It involved lying down on a yoga mat and doing deep breathing exercises.

Not surprisingly, this approach causes you to fall asleep. Most civilizations refer to this as a siesta, not meditation. Again, I quit.

The years passed. Every few months I’d read about a leader, such as Steve Jobs, or Phil Jackson, using meditation, and I’d consider giving it another shot. But nothing was strong enough to move me to action.

A turning point in my attitude toward meditation came when my friend Matt Smith and I acquired Early To Rise in July, 2011.

This led to spending more time with Matt on work trips around the world, from Thailand to Nicaragua, and many days at his home in Denver.

That’s where I learned that meditation is a non-negotiable daily habit for him, like my Daily Document review and early morning writing. On many trips we would agree to meet for breakfast or a morning workout, but neither could commence until after I did my writing and he did his meditation.

Be Your Own Boss and Live the Life of Your Dreams

If you want to be your own boss, make more money, and work whenever you want on whatever you want, then ETR University is for you. You’ll discover how to get better and faster results in every area of your life – from building your wealth to improving your health. Take advantage of the Charter Member discount to save $100 while also receiving over $200 in free gifts today.

Hmmm, I thought, here’s a guy that I respect who is committed to this simple act. What does he know that I don’t?

I was one step closer to trying again.

But still, it was not enough to garner my full commitment.

Finally, the tipping point was reached in 2013. While I no longer suffered from crippling anxiety like I did in 2006, I often felt a tightness in my chest when hurrying to finish tasks on a busy day. I would catch myself breathing from my upper chest, which only makes things worse.

One day, while working on the ETR editorial calendar, I just happened to choose two essays for Early to Rise that mentioned the power of meditation. Later that afternoon I discovered that even the US Military was teaching meditation to their elite fighting forces.

I realized it was time to get serious about meditation and to take action, no matter how imperfect.

As General Norman Schwarzkopf taught, “It is easier to correct motion going in the wrong direction than it is to get started.”

Everything is a learnable skill, and you can get better at any skill, but you first must begin with commitment. Once committed, you devote yourself to action, and you keep going with persistence.

In the past, I had missed the first mental step of commitment. And that’s why I would always quit.

I had wasted years because I was not mentally prepared for habit change. But committing is the first step in getting better at anything.

To get better, we must stop dabbling, and get serious. That’s how we create any new, positive habit in our lives.

Commitment and persistence keep you going through tough times.

My first session wasn’t easy. I sat down on the floor of my hotel room in St. Petersburg, Florida (where I was visiting for a Superbowl party). I crossed my legs, closed my eyes, gently rested my forearms resting on my legs.

The first two minutes were miserable.

My mind was racing. I couldn’t focus. My brain would not stop thinking about all the things I had to do or could be doing. And despite all my effort, I still wasn’t breathing properly.

But I persisted. Seven minutes passed, each better than the last. I began to calm down, even experiencing moments of almost pure stillness in mind and body. My breath came deep from my belly, diaphragmatic breathing, a proven way to reduce stress and anxiety.

Something had clicked. And it was all because of my commitment and the end of my dabbling.

Later that day I described my difficult experience to Matt. He has since become my teacher, offering valuable feedback as I engage in deliberate practice of this new commitment. Each day since has gotten better as I’ve corrected course with Matt’s advice.

Today, I can sit for almost twenty minutes in a calm, meditative state. It still takes a few minutes for me to reduce the chaos in my cranium, to focus, and to get into a good breathing rhythm. And my monkey mind still chatters while I sit there. But each day there is improvement. My breathing is better. The anxiety that often bubbled up on busy days has quelled. I’m even becoming more patient when going about daily activities, something I’ve always struggled with.

That is how you get better at anything – you stop dabbling and you start taking it serious. You pledge yourself to a craftsman-like approach of new skill development.

It’s a mental shift. As soon as I made that decision, as soon I resolved to take meditation as serious as I take my reading, writing, exercise, and healthy eating, my progress accelerated because I accepted that I was willing to put in the time and sacrifice to improve.

This first step will work for you, too.

It is possible to get better at anything. It might take a few false starts before things start to click, but if you persevere, you’ll see improvement.