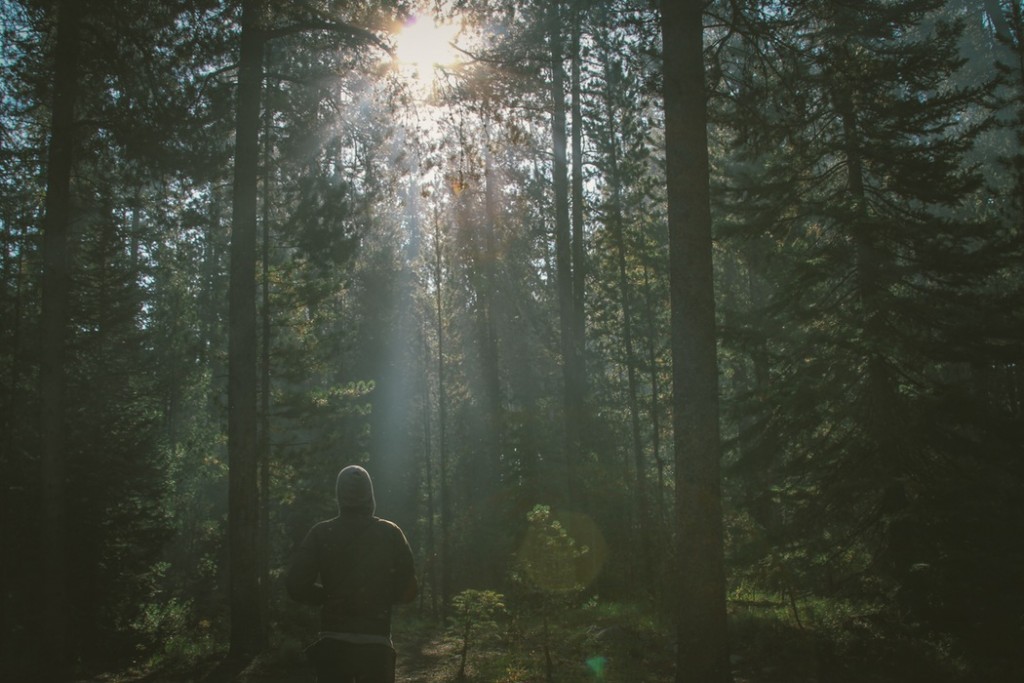 Alice, a single mother, began her writing career in the 1950’s. Living above the bookshop in Victoria, B.C., where she worked, Alice would write in any free moment she could find, often when her oldest daughter was at school and the youngest was taking a nap.

In Mason Currey’s exceptional book, Daily Rituals, he revealed Alice’s secret, “As a young author taking care of three small children, she learned to write in the slivers of time she had.” Over time Alice Munro wrote many award-winning books, and has been credited with revolutionizing the architecture of short stories. She also proves that it is possible, no matter how harried and hectic your life as a parent, that there is a way for you to find the time to succeed in what really matters to you.

As a busy mom or dad, those short slivers of time wedged into the chaos of your day are often all you have. You no longer enjoy the liberty of a fresh-out-of-college twenty-something that can work all day and all night thanks to an open schedule and unlimited energy (and Red Bull).

At Early To Rise we preach the importance of getting up before everyone else in your house and working on your number one priority in your Morning Magic Time. That’s how you control your morning and win your day. Morning success allows you more time and energy to conquer the chaos that comes in the afternoon when other people bring you their emergencies and drama.

But children get sick. Beds are wet. Monsters live in closets. We were children once too, and know the security blanket that comes with 24/7 access to mom and dad. As such, our goal today is to turn your slivers of time into timbers of magic time so that you have big breakthroughs in 2015.

If you are a busy mom or dad and tempted to look for excuses, take a look at what these women – and men – of history were able to accomplish. No matter what your circumstance may be, there has been someone just like you that has been able to command the chaos and accomplish great things.

Toni Morrison, writer and editor, held a full time 9-to-5 job at Random House while also raising two sons on her own and writing novels. As a result, she never had a regular routine and had to scrape and claw to write in the slivers of time, either on the weekend, at night, or before she went to work. Morrison sacrificed her social life to fit writing into her hectic calendar because this was most important to her. “I need that time in the evening because I can do a tremendous amount of work then. And I can concentrate. When I sit down to write I never brood. I have so many other things to do, with my children and teaching, that I can’t afford it. I brood, thinking of ideas, in the automobile when I’m driving to work or in the subway or when I’m mowing the lawn. By the time I get to the paper something’s there – I can produce.”

Eventually Morrison came to see the virtue of controlling her morning to win the day. She wakes up at 5:00 A.M., has a coffee and watches the sun rise, a crucial part of her routine that serves as the anchor for her to get down to work. “Writers all devise ways to approach that place where they expect to make the contact, where they become the conduit, or where they engage in a mysterious process,” she said. “For me, light is the signal in the transaction. It’s not being in the light, it’s being there before it arrives. It enables me, in some sense.”

Morrison shows that being a mom, even a single mother with a full-time job, is no excuse for setting aside your dreams or giving up on the work and goals that are important to you.

Will Morrison regret that she wasn’t more of a SuperMom with more ‘balance’ in her social life? I doubt it. Morrison will have her legacies of the books she has written on her own, the books she has edited at work, and the sons she has raised on her own. Do you really think that she’ll wish from her deathbed that she had held more dinner parties or gone to more cocktail hours? Surely not.

You must be willing to accept sacrifice, to ignore unrealistic societal pressures to have it all – which is impossible, of course, no matter how much you ‘lean into it’.

Besides, no matter how busy life gets, what else are you going to do, quit? Of course not. If you want to accomplish a goal, it’s up to you to make time for it. We never really find time. We must make it, and if you’re busy at home and at work, then you have to make due with the slivers in your day.

It could be as simple as matching your schedule to your children’s day, as Munro and her contemporary colleague Francine Prose did. “Back in the day, when my kids were little and I lived in the country and I was an unknown novelist, I had a schedule so regular that it was practically Pavlovian, and I loved it,” said Prose, “The school bus came, I started to write. The school bus returned, I stopped.”

Anne Rice wrote her breakthrough novel, Interview with a Vampire, on a night owl schedule when she was newly married and before she had children. “I needed to be alone in the still of the night without the phone, without friends calling, with my husband sound asleep,” she said, “I needed that utter freedom.” She thought that the late night hours were her Magic Time, but later realized that she could write at any time of the day. When she had a child in 1978, she quickly found the nocturnal schedule impractical. She now writes in the late morning after treating herself to the paper, social media, and email. Powered by “a massive amount of Diet Coke”, she writes into the afternoon. She relaxes in the evening with TV or a movie. For Rice, she knows that the removal of temptations and distractions allows one to find Magic Time at any time of the day. “It’s always a search for the uninterrupted three- or four-hour stretch,” she said, “What you have to do is clear all distraction. That’s the bottom line.”

Other great female authors in history had to write in the slivers of time and behind closed doors because what they were doing was socially unacceptable. Jane Austen lived with her mother and sisters and hid her writing from the outside world. She would write on scraps of paper that were easily hidden should anyone visit the Austen home. She wrote after she had made breakfast for her family, and in the evenings she would read her daily work to them.

Agatha Christie admitted to writing in short bursts. “I never had a definite place which was my room or where I retired specifically to write. All I needed was a steady table and a typewriter. A marble-topped bedroom washstand table made a good place to write; the dining-room table between meals was also suitable.” She was never comfortable describing herself as an author, saying, “Once I could get away, however, shut the door and get people not to interrupt me, then I was able to go full speed ahead, completely lost in what I was doing.”

This Slivers of Time approach to success is not limited to women. Men too can learn to concentrate on what counts, ignoring the peer pressure to be everything to everyone. One of my coaching clients, Ben Teal, realized that putting out fires for colleagues stole time from his family each night. As a result he became more protective of his time at work, as we all must do in order to preserve the slivers of time and turn them into timbers.

“You just have to make a decision,” said Ben. “You must be relentless. Some people get mad because you are protective of your time, but remember that in my case, I’m sacrificing time with a co-worker to spend more time with my child. That’s a trade I’m going to make all day long.”

It doesn’t even matter if you have kids. Many ETR readers must deal with the demands of a full-time job while working in the slivers of time at their dream, whether it is building an online business or writing their first book. But you can’t let that stop you. There are slivers of time in your day that you can turn into progress.

Author Nicholson Baker wrote his first book at lunchtime as a young man with a full-time job. He called this his, “pure, blissful hour of freedom”. As he wrote his next book, Baker had a new job that required a 90-minute commute. He dictated notes into a tape recorder while he drove. He finally quit the job and devoted his entire day to writing. Eventually he too moved to the ETR Perfect Day approach. He now gets up to write at 4:30 A.M, but it was only because he was able to first succeed by finding cracks in his day.

The common theme amongst all of these authors is sacrifice. Something has to go. But success does not come before sacrifice, neither in the dictionary nor in real life.

Anthony Trollope held down a full-time job for decades while writing forty-seven novels. He made no excuses. True to the Early to Rise lifestyle, Trollope would rise and write for three hours beginning at 5:30am. “I allow myself no mercy,” he wrote in his autobiography. Trollope believed that three hours was the most any writer could write. “Three hours a day will produce as much as a man ought to write,” he said. “He should have so trained himself that he shall be able to work continuously during those three hours.” Trollope demanded of himself to produce 250 words every 15 minutes during his three hour writing blocks. This allowed him to produce nearly 10 pages per day.

Fittingly, Trollope was influenced by his mother, a woman that did not take up writing until the age of 53, but when she did, she rose at 4am to complete her work before serving breakfast to her family.

Just as when you sit on an old park bench or picnic table, it’s easy to find slivers in your day. Those slivers of time add up to strong timbers of Magic Time if you are persistent. Alice Munro, the single mom in the 1950’s who worked while her youngest took a nap, turned her time into the 2013 Nobel Prize in Literature by staying true to what really mattered to her.

What can you accomplish in the slivers of time? That is for you to find out this year. No excuses.