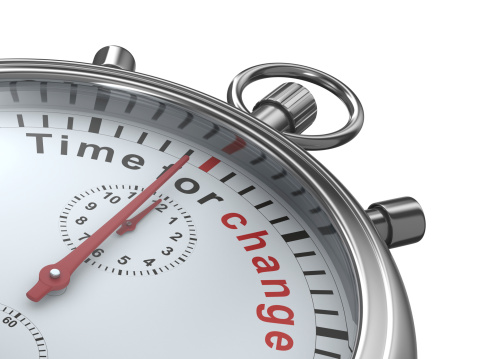 On the surface, my friend “D” had it all. He was married to a beautiful woman, they had a healthy, happy 3 year old boy, and he had a great job. A natural salesman, he loved to eat and drink and schmooze. Perhaps too much.

But there was a dark side, too, as there always is.

He struggled with a nagging, hidden insecurity that lurked in his mind every day. Was he really good enough for her? Did he really have what it took to be the best at his job?

To fight these negative thoughts, D often turned to a few drinks at the end of the day. And then there was the depression. It would arrive out of the blue, and like his father, he’d turn to a few more drinks to deal with it.

Booze led to overeating and obesity. Booze also led to drugs. His reckless behavior could no longer be hidden at home. His marriage and family were being torn apart. D was spiraling out of control.

D was left with two choices. One, he could continue to follow the path of his father into long-term alcoholism, knowing that it would destroy his marriage and his relationship with his boy, or two, he could clean himself up for the sake of his son and beautiful wife.

What he did took great strength. And I want you to use his story as motivation to help you make big changes in your life.

Several years ago, right before Christmas, while most of us were preparing for another wonderful holiday, D was checking into rehab where he spent Christmas, New Years, and a total of six weeks getting clean and sober. And he’s been that way for over three years.

Today, he’s happy as ever and in control of his life. His marriage is strong, and his son is the center of his life, and he now has the time and energy to keep up with the little guy every day. The outgoing, energetic, enthusiastic, loveable D that I knew back in college has returned.

But not a lot of guys turn it around at such a young age. Most take the darker path, going deeper and deeper into the depths of despair when tested.

My father, and D’s father, for instance, took the wrong road. For whatever reasons, our dads chose the easy way – more drinking, less responsibility – rather than changing.

Their decisions destroyed marriages and left mental scars on their sons, leaving us with our own battles to fight as we came of the same age and responsibilities in our late 30s.

Fortunately, when faced with the toughest fight of his life, D chose the right direction. And though it was the hardest decision he ever made, it was also the best. D knew he had to change for the sake of his wife and son.

“Back then I was so embarrassed by my behavior and was too ashamed to reach out for help,” D said. “But now, I feel like I survived a plane crash.”

I had to sit down when he said that to me. That comment had a massive impact on me.

He crashed and burned but walked away and lived to tell about it.

Because he put aside his embarrassment and reached OUT for help. He admitted there was a problem. He took personal responsibility. He made the decision to change, and implemented the 5 proven pillars of Transformation to change his life.

And you can too. Here’s what D did.

First, he got social support from his wife (and the understanding company that he worked for), second, he had accountability to health professionals, third, he planned and prepared his life to live better and avoid temptations, fourth, he found a meaningful incentive (the relationships with his son and wife, and his job), and fifth, he set The Deadline for changing and checked into rehab.

All of this took great strength but it was supported by those 5 essential elements. These are the 5 Pillars used by my most successful coaching clients to make more money, lose weight, get more done, have more time for their family, and change every aspect of their lives.

I’d never thought about a Personal Transformation as giving someone a second chance at life, but D’s words sum it up perfectly. His story had an incredible impact on me and I just had to share it with you because I know it will help.

D now has a totally different approach to life. He’s much more open with his wife, friends, and work colleagues, and he’s willing to share his story and ask for help when things get tough.

I hope that you never go through struggles that are as tough as D’s, but just know this…no matter what you are going through, you CAN change.

Changing isn’t easy. True transformation never is. But it can be done. So no matter where you are in your struggles, use D as inspiration to never, ever give up on what is important to you.

There are two things that you can take action on right now.

FIRST, you can get started transforming your own life with my new The Perfect Day Formula. It’s the complete system to getting more done, working less, achieving faster success, and having more time for your family.

Click here to get your copy of The Perfect Day Formula

SECOND, you need to share this with a friend that is struggling. Give them the 5 Pillars of Transformation and change their lives. They won’t be able to thank you enough for helping them through these tough times. This system has worked for thousands of people and it will work for them — and you — too.

So stay strong, like D, and you’ll achieve the life changes you desire.

I know that D’s story will help someone reading today to stop drinking, overcome overeating, and get back to being the father or mother they know they should — and can — be. It might be you, or it might be someone with whom you share this and the 5 pillars of transformation.

No matter which it is for you, thank you for all that you do.

Thanks for reading. I hope this helps and inspires you.