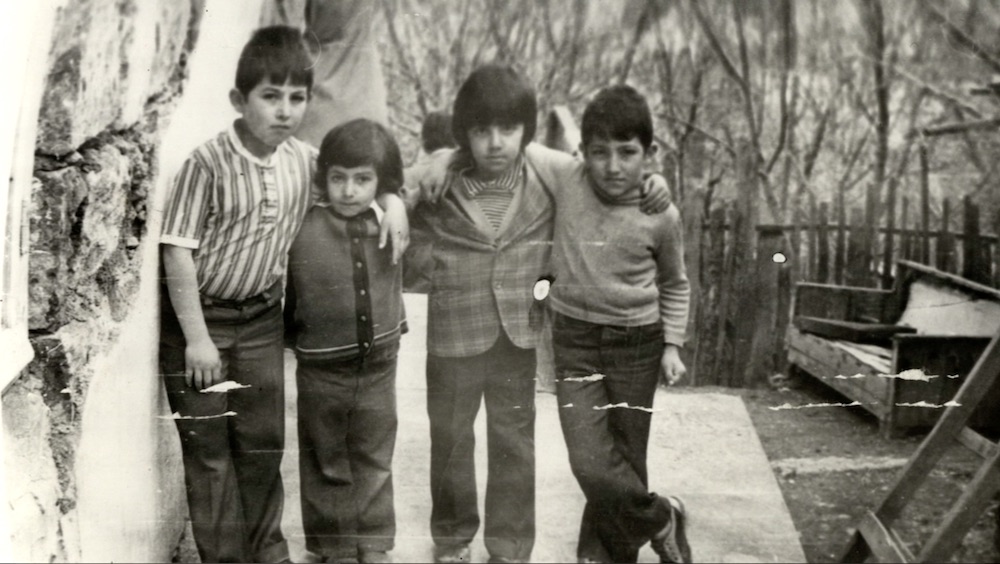 You don’t need to be born into money to succeed as an entrepreneur.

You don’t need a four-year degree or a laundry list of qualifications, either. You can even be a broke foreigner who didn’t grow up speaking English.

That was me—the broke foreigner who had all the odds against him. But I pushed through. I learned, I grew, and eventually I built an 8-figure empire stretching across multiple industries.

This is how I made that success possible…

Turn your weakness into strength

When I was only six years old, my family arrived in America after spending every last penny we had to escape Soviet Communism. I didn’t speak any English, and we were so poor that we had to spend the first few years fishing food out of dumpsters.

To add to our struggles, I didn’t really mesh well with the kids at school. I was the fat kid because I had a steady diet of government cheese and white bread. For a few years, the best shirt I had was an old t-shirt with Herman Munster on the front. Whenever I wore that shirt (which was a lot), other kids would point to me and say “Herman” so I just started answering to “Herman” like it was my name.

That’s how much of an outsider I was.

Fortunately, though, high school gave me my first major breakthrough in life. I was so tired of being invisible to girls that I asked my friend on the football team to train me in the gym. I ended up losing a ton of weight and gaining a whole new level of confidence. I knew from that point on I wanted to spread the gift of health and fitness—and confidence—to others.

That’s my first lesson to any outsider: You can turn your weaknesses into incredible strengths. You just have to a reason to fight for it.

Fight harder than the insiders

Despite my success at the gym, I was NOT “naturally athletic.” I was, as I mentioned before, naturally fat and awkward. But I had motivation to get in shape, so I  obsessively hit the gym (and still do) to force my body to get fit and strong. Eventually, I would learn to apply this same idea to my finances. Because I didn’t have money, I fought like hell to make money and became obsessed with keeping my money and growing it. 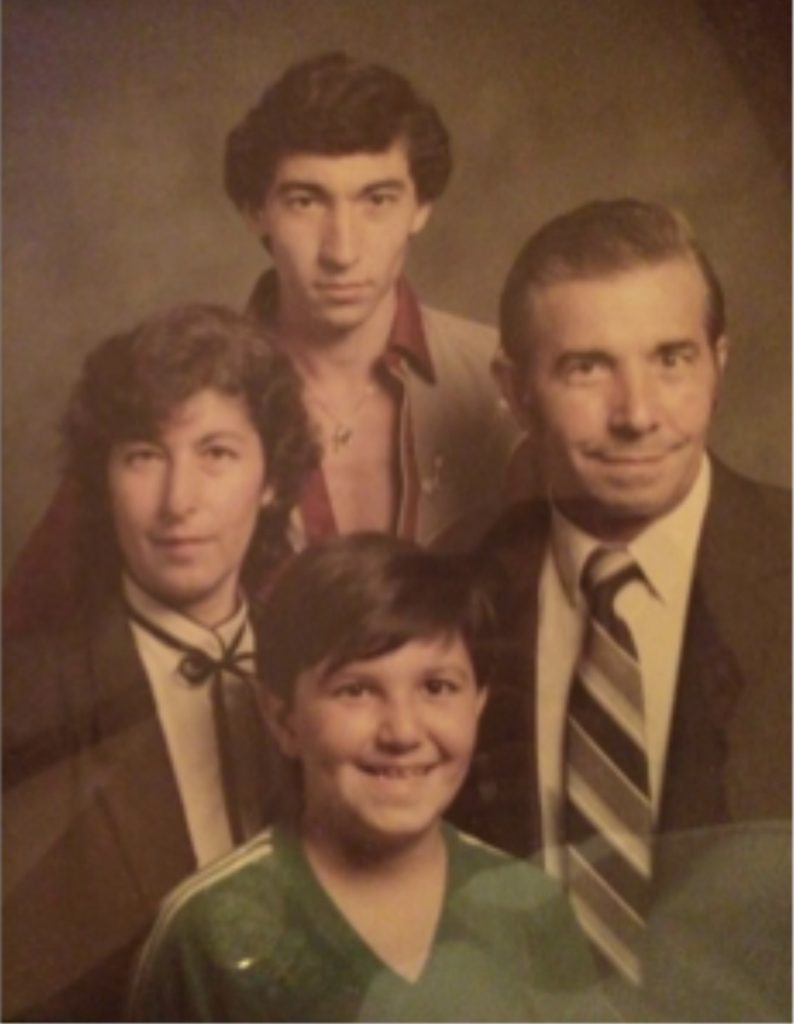 Bedros Keuilian and his family

Here’s the dirty little secret of most “insiders”: They don’t value what they have because they didn’t have to fight for it. Most of them eventually get lazy or entitled, and when they do, you can soar ahead because of your superior focus and work ethic.

Lesson #2: “I don’t have the money” can either be an excuse that holds you back, or it can be the fuel that makes you become more resourceful and fight for what you deserve. It all comes down to how you frame your situation.

But as you head down the path of wealth-building, be warned: Not all advice is created equal.

Fast-forward from high school to when I decided to start my fitness boot camp franchise, Fit Body Boot Camp. In preparation for launch, I met with franchising “experts” to ask for advice on my business model. I told them I wanted to charge a fair, flat royalty fee for my franchisees instead of scaling their royalties to match their revenues. I figured this way, my franchisees could actually reap the rewards for doing better work, which would make the franchise as a whole grow faster and deliver faster results to clients.

At that point, these “experts” would literally scream at me, telling me I was an idiot and that my idea would never work. Ouch.

But instead of caving to their “conventional wisdom,” I implemented my idea. Today, Fit Body Boot Camp has over 600 locations worldwide and has placed twice on the Inc. 5000 list of the fastest growing companies in the U.S. We’ve gained a reputation as the “Anti-Franchise Franchise” because we give our franchisees’ fanatical support and coaching. For that reason, we’ve convinced many of the best and brightest in the fitness industry to come and open multi-location empires with us.

Big lesson #3: Listen to the market instead of listening to experts. At the end of the day, experts can only teach you what worked for them in the past. If that’s the only perspective you listen to, it’s going to stifle innovation. Instead, listen to the market and meet the needs that are out there. These new customers and clients will give you the money you need to build your empire.

This also applies to choosing the right customer demographic. For Fit Body Boot Camp, I deliberately chose to target stay-at-home moms, knowing that nobody else was delivering the real weight-loss results they needed.

Even worse, nobody knew how to market to them. Gyms were trying to market to stay-at-home moms the same way they would market to men—with a lot of macho, competition-focused messaging. But these women often find the traditional gym environment intimidating. They’re more motivated by collaboration than competition.

Keeping all of this in mind, I designed everything in Fit Body Boot Camp to focus on positive community and personal motivation. This includes our wide-open floor design, warm colors, and a clear message of “family welcome” among clients and owners alike. 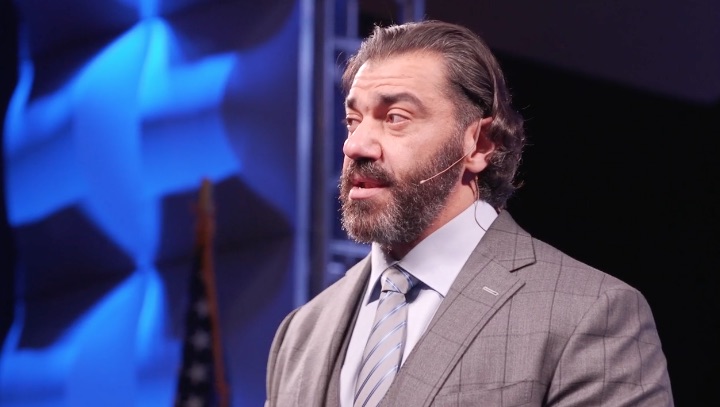 If someone closes a door, build your own

Before I even founded Fit Body Boot Camp, I had a chain of five successful personal training studios. Part of the key to my success was that I had a marketing system that allowed me to completely dominate the San Diego area. Because I love the fitness industry and wanted to help my fellow fitness entrepreneurs, I started teaching my fitness marketing techniques to anyone who wasn’t a direct competitor.

I got so deep into fitness business coaching, in fact, that I approached all of the big fitness industry educators like IDEA and NASM and asked if I could speak on their stages and teach my marketing systems. They all said no.

At that point, I got frustrated. I knew from personal experience that a lot of personal trainers were going to struggle and fail if they didn’t learn how to run a business—on top of learning the right workouts and diet regimens.

So, I started my own event, Fitness Business Summit. The first event some 10 years ago was only about 100 people crammed into a tiny hotel, but a decade later, in 2018, we had just over 1,000 people attend.

Lesson #4: You need to be the one who builds your own door, just like I did. It’s not your fault that the experts are closed-minded and stuck in the past. In fact, it’s your opportunity to fill a vacuum in the market. Oftentimes, the fastest growing and most innovative businesses begin with someone trying to innovate after everyone else tells them “no.”

Lesson #5: Now is the absolute best time for any outsider entrepreneur to build a business and get started.

The barrier to entry is lower than ever before; all you need is an Internet connection. You can use YouTube, Instagram, Facebook, and WordPress—all for free—to put out how-to content to build authority in your market. Then, you can put together an e-book or other info product using free office software, save it as a .PDF, and sell it online via services like Amazon Kindle. You can even collect payments online using a free PayPal account.

Fair warning, though: This may not last forever. As major companies like Facebook, Google, and Amazon make their services more restrictive for business owners, the barrier to entry could very well creep back up over the next few years.

The path to success—as an insider or outsider—demands the structure of a daily routine. Start with a fine-tuned morning…