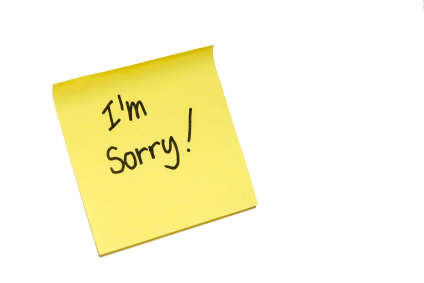 Over the weekend, a friend and I got into a little “discussion.”  You may see it as an argument.  But as modern times would have it, the whole discussion happened by text.

(Yes, professionals do still have disagreements.  And yes, sometimes we also make the mistake of texting it.)

We only discovered the distance we had traveled apart when an innocent text came to me.  I noted in the reply text about what my family was doing, and it went downhill from there.

I have many bad traits and places of growth.  One piece of me, that goes back well into my childhood, is that I am stubborn.  Very stubborn.  “Won’t budge” stubborn.

At times, it serves me well.  At other times, not so well.  In this situation… I am still trying to decide.

So, as I held my point and my thinking, stating facts as I knew them, my friend grew more frustrated.  Later, he made some statements that I found rather hurtful.  So, I finally excused myself from the conversation, which led to a couple more barbs thrown my way (at least in my interpretation of the events).

Apologies are the social lubricant of relational recovery.  When a relationship is bruised or ruptured, a sincere apology can lead people back into a relationship.  Sometimes, even to a stronger relationship.

I find apologies to mark the beginning point of a whole new relationship.  It can revive a flagging relationship and preserve a battered relationship.

But a poor apology can do more damage than good.  It can serve to reinforce an opinion that the other person does not care, or is not taking responsibility.  It can leave the “injured” person feeling hollow.

After all, the other person will say, “I said I am sorry.”

So what makes a bad apology?

An apology that is bad does not apologize for an action or excuses the person from the action.

Take, for example, if I hurt someone’s feelings and say “I am sorry your feelings were hurt.”  That is not apologizing for what you might have done to hurt the feelings. The “sorry” is for the fact the other person feels a certain way.

If I say, “I am sorry if you heard it that way,” that is a bit closer.  It does address that they might have heard it a certain way, but it still puts the blame onto them.  In other words, they need to hear it differently.

Now, just to be clear, these are apologies.  They are “I am sorry”  But they are only apologies of interpretation.  Not apologies for actions.

People want to be understood.  And people do so by “explaining” why they did what they did. But over the years, I have discovered that the difference between an explanation and an excuse is whether you are saying it or hearing it.

Explanations will be heard as excuses, every time, even if the explanation is true.

An apology that ends with “but blah, blah, blah” will be heard as, “I am not apologizing.  I am excusing myself.”

So what makes a good apology?

A good apology requires taking responsibility for an action, with no excuse.  Just simply saying “I am sorry that I said/did _____ .”

Isn’t it interesting that the simple approach is often the best?

But notice, you are claiming that you are feeling sorry.  If you are not really sorry, then don’t pretend.  That will feel hollow.

With a little reflection, you are likely to discover that you did not want to do harm to your loved one.  That leads to that feeling of remorse so you know you really are sorry for your actions.  It is no longer about defending interpretation.

Even if, like me, you are stubborn and resist admitting that you may have erred.

It is certainly possible that, at that point, the clarification will not be heard.  In fact, you may decide you simply need to apologize.

Then wait for another time to be clearer in your thoughts.

NOTE:  This does NOT mean you must always apologize.  There may be times when what you said or did is exactly what you meant to, even if hurtful.  That is when we often put out the “I am sorry your feelings were hurt”-type of apology.

That may be as far as you are willing to go.  But let’s just be clear about that:  this is not a deeply felt apology.  It is an attempt to move forward without a change in behavior.

So, you want to be sure that is what you truly believe.  After letting your own feelings/ego/stubbornness die down, if you still believe you have nothing for which to apologize, you may find you need to stand behind your words or actions.

I am good with someone choosing that.  What I am NOT good with is when folks stumble through an apology, being less-than-clear out of their own need to excuse themselves and their actions.  I am NOT good with a weak apology that does nothing to heal the relationship, even though the apologizer does feel remorse.

Apologies are all about ceding ego and admitting to a mistake.  They are about taking responsibility for an action or word that caused pain.

Wait.  That can be shortened.  Apologies are about taking responsibility.  No excuse and no manipulation.

[Ed. Note. Dr. Baucom is the creator of the Save The Marriage System.  He has been working with individuals and couples to save and improve their marriages for almost a quarter of a century.  During that time, Dr. Baucom has had the opportunity to help over 100,000 couples create amazing relationships.  You can learn more about his work at SaveTheMarriage.com]
Posted in Family, Lifestyle, Self-Improvement, Skill Development, Work
This error message is only visible to WordPress admins