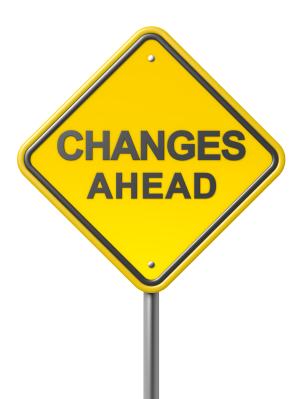 It is a curious phenomena that when we try to change our habits — simplify our clutter, eat healthier, start exercising — the other people in our life don’t instantly want to be changed in the same way.

It’s as if they had their own minds!

Horrible as that might sound, it’s the reality we have to deal with if we have a family (or friends, roommates, coworkers, etc.). They often resist changes we make, or their possibly unhealthy habits stand in our way.

You’re trying to eat only whole foods, and yet your daughter eats goldfish crackers and pizza and Oreos. And she doesn’t seem to want to munch on asparagus instead!

So what’s a habit changer to do? Abandon all attempts at change? No. Force change on family members? Tempting, but not effective.

The answer is that there is no simple answer. I’ll share what has worked for me, but that won’t work for everyone. When you’re single and living alone, it’s easy to make whatever changes you want to make — but if you’re married, you have to make compromises. You live in the space that is common between the two of you, and that is negotiated space. When you add kids to your life, you now live in a space that is common between all of you, also a negotiated space.

What works? Let’s take a look at some strategies. Try one, try two, or try them all, and figure out what works in your negotiated space.

Getting Others On Board

Here’s a common scenario: you’ve read about some interesting challenge or change someone else has made, or perhaps read a magazine article or book on the topic, and have been giving it some thought, and finally arrived at the decision to make the change … and then you spring it on your significant other or entire family. They somehow aren’t as enthused as you’d like!

That’s because you have gone through an entire thinking process to arrive at the decision, and they are being asked to come in only at the end — after the decision has been made. That’s not fair to them, because they haven’t had time to go through the same thinking process, to consider the reasons, to find the motivation, to be included in the decision.

I’ve found a more effective method is to get all the people who will be affected in on the thinking process as early as possible. Don’t talk to them about it when you’re near the decision-making point … talk to them when you first hear or read about the idea. Talk about why it’s appealing to you. Get their input. Ask whether they’d consider that kind of change. Talk about your motivation. Include them every step of the way, until the decision is made, and even after.

What people don’t like is being forced to change, against their will. So never make people feel that way. Don’t ask them to change … ask them to help you change, once you’ve gotten to the decision. Say that their support is really important to you, and while they are welcome to join you (you’d love that!), they don’t have to change. Just help you make your change. Ask them to be your accountability buddy, someone to call on when you’re having trouble, someone to report problems and successes to.

While not everyone will be instantly on board with your ideas for change, I’ve found the best method of persuasion is being a good model for change.

When I started exercising, most of my family wasn’t doing it. I tried to convince people, but I wasn’t as good at persuasion as I thought. When they saw me exercising, at first they thought I was a bit kooky. Then they saw the changes in me, and how much I enjoyed it, and I would share how great it was, and over time, it inspired some to think about it.

That’s what you can do — inspire people to consider something they wouldn’t normally consider, just by setting a good example. No one else will do yoga with you? That’s OK … keep doing it, and share your experiences. Do it in front of them as they watch TV. Try not to be annoying, though.

Making Changes on Your Own

If others won’t get on board with your changes, ask for a minimum amount of support: ask that they give you the space to make the change on your own, without their help. This isn’t a small thing sometimes — often people are threatened when someone in their life makes changes, or they don’t like the disruption of their routine of doing things with you (eating junk food together, for example). You doing something on your own is a big change for them.

Ask for the space to do it alone, and ask that they not criticize or otherwise make it hard on you. If they are resentful, this makes it more difficult, but you’ll have to make an effort to show that this is something that will make you happy, and you will do your best not to disrupt things for them. If that means you don’t spend mornings together because you are out running, then try to create other time together, like in the evenings or on weekends.

When you make changes on your own, without the support of others, it’s more difficult. You need to find other encouragement — I’ve joined running groups online, a smoking cessation group, and other similar groups. Facebook and other social networking tools can also be helpful in finding online support. Often there are groups in your area where you can meet people in person who are going through the same changes.

One of my more successful strategies is creating challenges for my family. They aren’t required to do the challenges, of course, but sometimes people like the opportunity to rise to a challenge. And they like making changes with others.

My wife and I have created eating challenges to do with each other (we call them Lean Out Challenges, usually after we go on a trip and gorge ourselves on unhealthy food). With the kids, I’ve challenged them to do pushups, handstands, running, vegetarian experiments, daily drawing, and more.

Challenges are fun if you do them together. It can be fun to do it as a competition, or to offer rewards for people who complete the challenge.

Eating changes can be especially difficult if your family isn’t doing it with you, because they can be eating junk food right in front of your face as you try to much on celery. Tough stuff.

Here are some notes from my experiences:

There are more possibilities, but these are a few examples. When they see you supporting them, they now have a model for how to act when you want to make changes in the future. It’s not an overnight change that you’ll see in your family, but slow gradual long-term changes. Play the long game when it comes to changing the culture of a family.

You are teaching by making changes and sharing those changes with your family. They might not care about learning at first, but they will, over time. And when you teach, you learn more and more. As I am now, sharing with you.

What changes are you going to help others with today?

[Ed. Note. Leo Babauta is the owner of ZenHabits.net, a website devoted to providing clear and concise wisdom on how to simplify your life. He’s also the author of, The Power of Less: The Fine Art of Limiting Yourself to the Essential, in Business and in Life.]
Posted in Motivation, Self-Improvement, Skill Development
This error message is only visible to WordPress admins