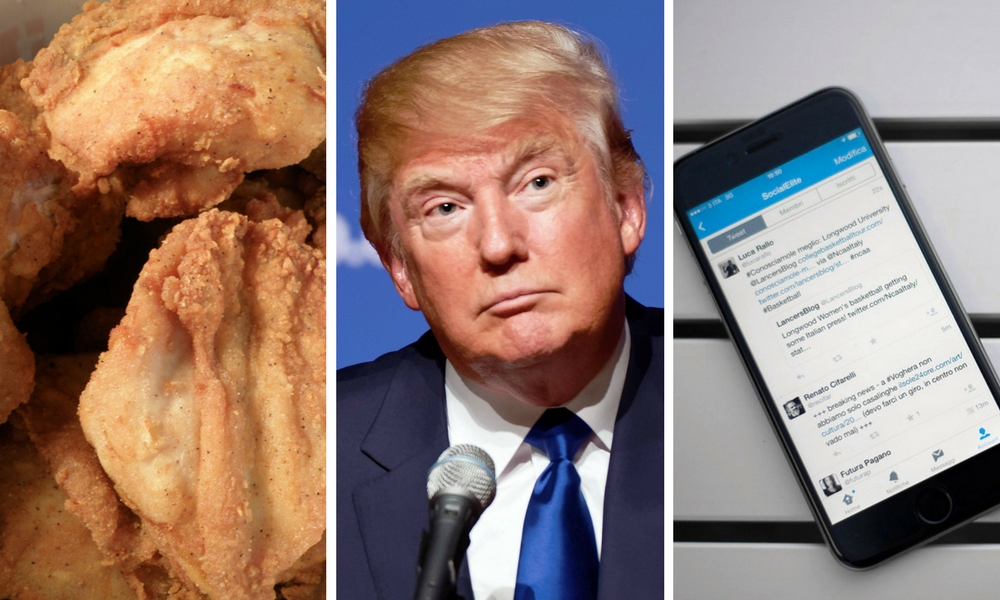 According to recent media stories, President Donald J. Trump’s days are a bit… unorthodox. He works for 14 hours, sleeps five to six hours per night, and drinks 10-12 Diet Cokes each day. And that’s just the beginning.

As a Canadian, I have no official say in American politics. But as a productivity guru, I can give anyone—even the President of the United States—a few pointers on how to get more done and make the most of every minute.

In fact, I’ve studied the daily habits of nearly every president in the last 70 years; they teach us a lot about what makes a day successful:

John F. Kennedy was a night owl, preferring to work well into the midnight hour, often after returning from a social event. He also took time for midday exercise to rejuvenate his energy and spirit.

Like JFK, Barack Obama was also a bit of a night owl. He preferred his alone time each evening, snacking on almonds, thinking, and watching sports highlights.

Ronald Reagan led a homebody lifestyle. He woke earlier than Kennedy and loved to read the Peanuts comic strip at breakfast. He snacked on jelly beans during meetings with world leaders. His idea of a good evening was watching TV while eating Nancy’s meatloaf for dinner.

No matter what your politics are, there’s always something to learn from studying the habits of the POTUS.

Which brings us back to Donald Trump. Recently, the daily routine of America’s commander-in-chief was profiled in The New York Times.

Let’s break down a couple of his habits and see what he—and we—can do to improve our daily routines.

While President Trump earns points for rising early, he loses his edge with the first decision in his day.

According to The Times, “He flips to CNN for news, moves to ‘Fox & Friends’ for comfort and messaging ideas, and sometimes watches MSNBC’s ‘Morning Joe’ because, friends suspect, it fires him up for the day.”

While he watches television, the President grabs his iPhone. He begins Tweeting feverishly in bed, fired up by his morning TV regimen.

“Mr. Trump spends at least four hours a day, and sometimes as much as twice that, in front of a television,” The Time continues, “sometimes with the volume muted, marinating in the no-holds-barred wars of cable news and eager to fire back.”

This is a horrendously bad idea.

Our early morning hours are a chance for clear, uninterrupted thinking. They’re our canvas for examining the most important opportunities or problems in our lives.

Watching television, checking social media, or even reading a newspaper leaves you scattered, and can put you in an angry mood. This altered state distracts from your decision-making.

What YOU should do: Wake up proactive

There are two types of people in the world, wrote Stephen Covey: proactive and reactive.

If you want to maintain focus, you must remove distractions and temptations.

In short: Do the first things first every morning. Focus on your number one priority.

I’ll admit that it’s unlikely you’re turning on the television and engaging in Twitter wars before the sun rises. However, you might roll over and check your phone. Don’t.

In fact, put away all bleeping, ringing, singing devices. And find a space that is both quiet and undisturbed by others. You cannot let any activities crowd out your morning quiet time. These magical minutes should be devoted to thinking about and acting on YOUR top priority for the day.

Anything else is an obstacle in the way of your success.

So take a step back and examine your morning routine.

Is it working for you? Or against you?

Proactively identify your best morning routine for your life. Where should you spend your early morning hours? What are the goals and priorities you should be focusing on? When do you need to get up to ensure you have this dedicated space and time?

Now that you know, apply these best practices to win your mornings and own your days.

At 71, President Trump seems to have the energy of someone nearly half his age. However, his health habits are a cause for concern. While the POTUS does not drink alcohol, he does consume about a dozen Diet Cokes each day.

And exercise? Mr. Trump seeks release on the golf course on weekends. But on weekdays, his principal mode of blowing off steam is his nightly dinner in the White House residence, which begins at 6:30 or 7 p.m.

As far as the world knows, President Trump is in decent health. But his diet and exercise habits are hardly the ideal regimen a professional would recommend. At some point, these bad habits will catch up with him.

“We talked about diet and exercise a lot. He’s more enthusiastic about the diet part than the exercise part, but we’re going to do both.” —Dr. Ronny Jackson, the White House physician, on President Trump

What YOU should do: Incorporate a more balanced diet and regular activity

This might be a no-brainer, but the Donald could certainly make use of some meal changes. And if your daily caloric intake is anything similar to his, you should embrace the same truth.

Start the day with a clean parfait or a piece of fruit. Switch up your cheesy dressing for vinaigrettes. Substitute red meats for chicken or poultry. And start decreasing your portion sizes by about a quarter. Your body (and stomach) will acclimate.

Also, don’t be fooled into thinking you don’t have time for exercise. These days, there are countless short home workouts you can use—and many are free and customizable.

In short, finish your morning routine with a healthy breakfast and, if it’s at the top of your priority list, add a short exercise routine. Neither one is as difficult as you imagine, but both are critical to an energized, successful day. And if you start healthy, you’re likelier to finish the day on a healthy note.

Tony Schwartz, President Trump’s ghostwriter for “The Art of the Deal,” painted a picture of a man full of vigor and rigidity: “He wears you down. And he’s deeply set in ways at age 71.”

Is the POTUS unlikely to change his bad habits? Maybe, but that doesn’t mean he couldn’t change them. Nor do his habits give you a reason to be lazy or indecisive.

Yes, there are temptations all around us, but the power to choose our own actions and attitudes remains with us.

So I urge you to use the present President as a cautionary tale, and engage in a very simple, very effective Morning Routine. Something like this:

It doesn’t matter what your status is in life—CEO, President, head of your household, or a singleton with no ties—commit to making the right decisions, right now, for your right life.

Your future you will thank you for it. 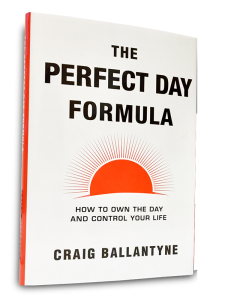 A solid, self-focused Morning Routine is key to success. But there are other tools you can use to keep that morning momentum going strong throughout your day—and your life.

ETR Editor Craig Ballantyne has assembled the best ones you’ll ever find—vetted by successful CEOs and entrepreneurs, and backed by scientific study and research. It’s all in his book, “The Perfect Day Formula.”

If you want to take the next step in your life, then get your FREE copy now. It’s FREE, so really… what do you have to lose?