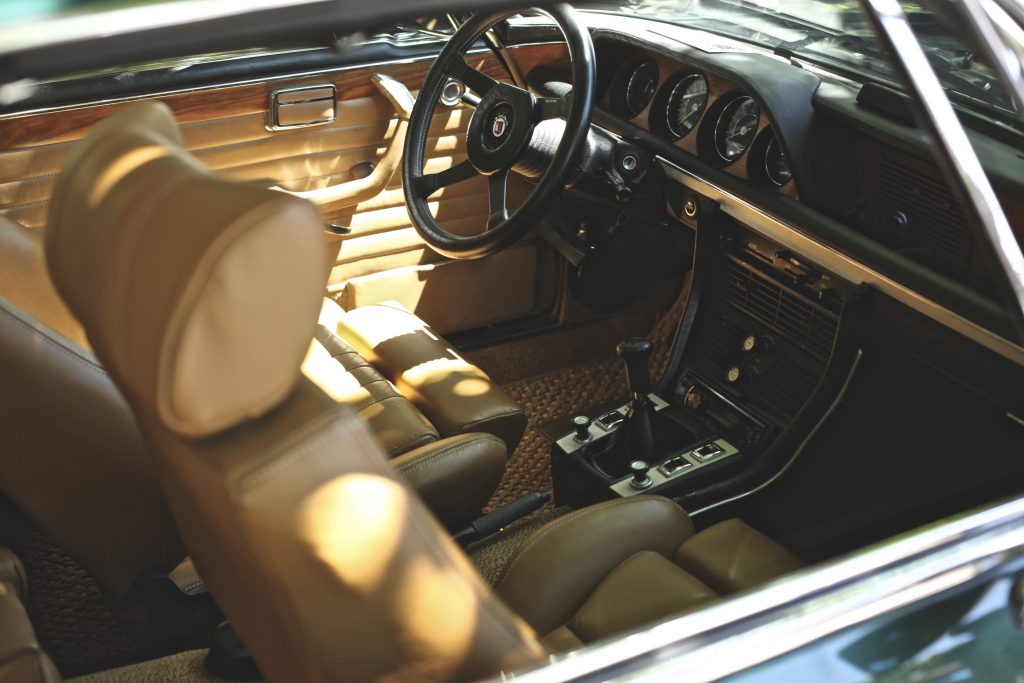 I have a friend who sometimes likes to drive with the radio off.

Before we get to why that’s not weird, I want to tell you a quick story about the time I called NYT and WSJ bestselling author Daniel Pink a “pencil pusher” — and Mr. Pink not only saw my comment but replied.

First off, I’m not one to engage in petty Internet-comment fights. But…

…If the opportunity presents itself for a well-timed joke, I’ll sometimes take it.

Yesterday, Dan Pink published his latest Pinkcast — if you don’t subscribe to Dan’s 60-second Pinkcasts, you should — they’re typically excellent.

However, yesterday’s Pinkcast missed the mark by a long shot.

The Pinkcast was about pencils… Watch it here.

5 REASONS TO USE A PENCIL, NOT A PEN:

1. No ink smudges on the page, your clothes, or your hands.

2. It’s much easier to draw with a pencil than with a pen — and much of my note-taking involves drawing things along with writing words.

3. Unlike much of what we do in life, pencil marks are erasable.

4. I like the feel of graphite scraping against the paper. An idiosyncrasy perhaps, but I’m not alone.

5. Sharpening a pencil forces you to take pauses – and pauses are essential to productivity and creativity.

All valid points, sure, but coming from someone who’s written five books on business and management, three of which were NYT bestsellers, pencils feel a bit lackluster.

Which brings us to the comments… 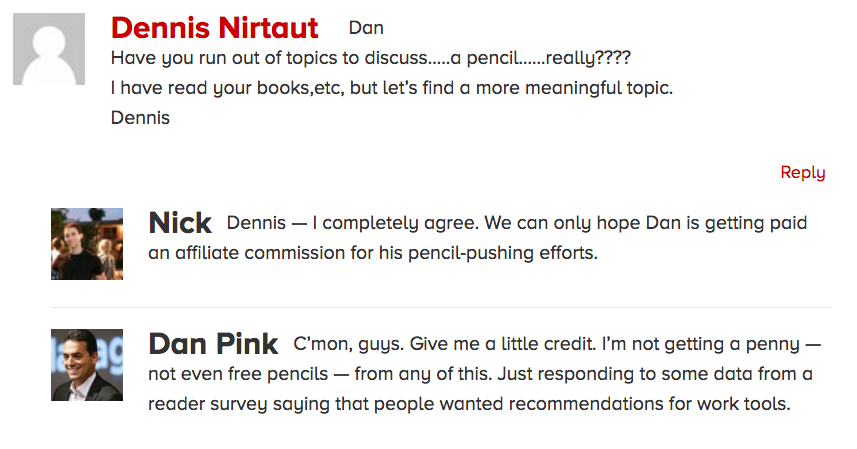 I was a little disappointed to find out Dan wasn’t making a penny off his pencil endorsement.

You’d think the guy who wrote the book To Sell Is Human would be negotiating some kind of pencil deal, but I guess not.

What’s more, this particular Pinkcast was tailored to what the people wanted and it still bombed.

What does that tell you?

When Henry Ford finished making the Model T, he said (allegedly) this about customer feedback:

“If I had asked people what they wanted, they would have said faster horses.”

Don’t get me wrong, surveys are not all bad. They can be great tools for taking the temperature of a room or finding out customer and subscriber psychographics and demographics (age, gender, location, income, values etc.).

Where surveys can fall short is when you take customer feedback at face value.

William Zinsser, the author of one of the all-time bestselling nonfiction books on how to write well, On Writing Well, says:

“Editors and readers don’t know what they want to read until they read it.”

I think this wisdom is applicable to products and other digital media too.

If you’re wondering what all this has to do with driving with the radio on or off, it should all make sense in a second.

He not only fired up a lot of his readers — increasing the engagement of his list — but he also learned what his readers want and do not want more of.

It’s clear from reading the comments that a lot of Dan’s readers want work tools that go deeper. However, some readers still want the superficial — an opportunity for maybe a Tools-I-Use bonus segment?

But the comment that really fascinated me was this one:

The keyword being “offbeat.”

It’s important to mix it up and toss in an offbeat post now and then.

How do you know if what you’re publishing is truly offbeat?

If your audience is polarized, you know you’ve nailed it.

This brings me to my own offbeat topic — the car radio.

I have a friend who, whenever we’re in the car together, he will start by scanning through radio stations and then if nothing is on that he likes, he’ll turn off the radio and we’ll sit in silence.

I’m the complete opposite. When I’m behind the wheel, I’ll scan until I find something, anything, even if I don’t like the song — and I’ll wait, hoping something better will come on.

But recently, I’ve started to do what my friend does, and it’s surprisingly satisfying.

Brian Tracy posted a short video on Facebook about this idea of “choosing quiet.”

It’s interesting because I would imagine thousands, if not millions of Tracy’s customers and fans listen to Brian Tracy audio programs on their commute to work, so it’s kind of offbeat for Tracy to discuss.

When you’re driving and there’s all that noise (Justin Bieber, commercials, talk radio, etc.) it’s nice to know you can shut it all off with the push of a button.

That’s something you can’t do for most noisy things in life. Take advantage of it.

And if you thought this article was as bad as pencils, leave me a comment 🙂

How to Sleep on the Job and NOT Get Fired

Work Hack #47: Did you know that many top writers use sleep as a productivity tool?

You’ll get more done, at a higher quality level, in one hour after a power nap… than you’ll ever drag out of your brain in five hours of exhausted effort.

Plus, you can easily teach your subconscious to write FOR you. Some of my best headlines burbled up after a nap. I just asked my brain to distill all the info and ideas I’d crammed into it while I snoozed, and deliver a good headline when I woke up. Voila!

Cool part: Once you get hip to this hack, naps are technically “work”.

So you can toss the guilt, and legitimately tell folks you’re working while hitting the couch.

I love my job.

Posted in Lifestyle, Travel
This error message is only visible to WordPress admins