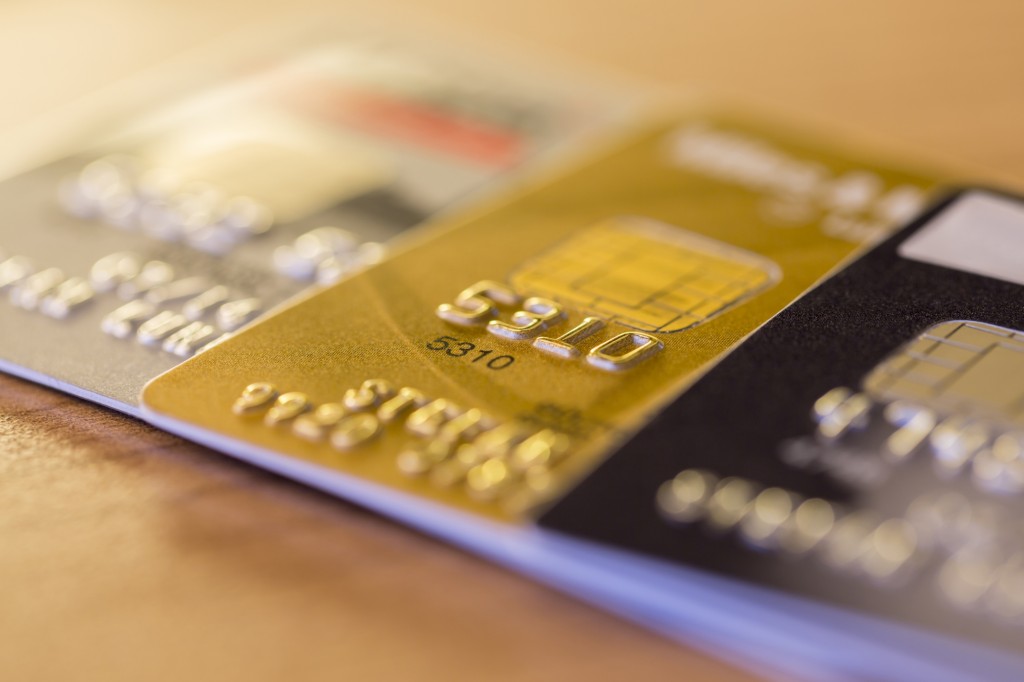 My dad got off the phone and started crying. My mom yelled at him, “He didn’t give it to you!”

S. was his best friend for 20 years. My mom would scream at my dad, “I told you not to give him money! What are we going to do now?” And she would start crying.

I was a kid. But we were going broke. My dad needed the money. I was a little kid but I felt scared and didn’t know why.

S. went to jail. Not for the $2,000 of course (who cares?) but he was convicted of bribing a company that made him millions of dollars.

All of this is to say: your character creates your future.

My dad was too trusting and too sad and died from the cocktail of both.

My mother’s pessimism gets contorted into anger.

And S. didn’t have integrity and ultimately went to jail.

Your character today is your fate tomorrow.

What does this have to do with credit cart debt?

First, always pay your friends back. This is what integrity is about.

Credit card debt is NOT the same as friendship debt.

A bank is not your friend. A bank is usually a trillion dollar institution that charges you fees, interest payments, has lots of fine print, and makes you sign lots of contracts.

You have a contract with a bank.

The bank says, “we will lend you up to $X, and you will pay us back all the money plus interest, plus penalties. Or else we will seize your assets.”

So it’s give. And it’s take. Like every contract in the world.

It’s “I will do X, and if I don’t satisfy my responsibility, you can do Y.”

There are usually other terms in the fine print, by the way.

A) If you default on even one of your credit cards, the interest rates on other cards you own might go up.

One card, with First Premier Bank, even had interest rates go as high as 80%. You had to read the fine print to see that. They ended that card in 2011.

B) You usually get low rates for the first six months, and then much higher rates, and if you miss a payment, your interest rates might be as high as 20% or more.

So the banks are not your friend.

Where does the bank get the money?

No problem: they borrow money from the U.S. government, and the government will seize customer savings accounts if the bank defaults.

What interest do banks borrow at? Basically, 0% give or take. And this is how banks make money: the difference between that 20% (give or take) and 0%.

That’s a lot of money. There’s about a trillion dollars in credit card debt out there. I’m being very rough here, but that’s $200 billion in potential profits.

This post is in response to a question I got a few weeks ago. The question was this (verbatim):

“Hi James, Please please help me. I lost my job. I’m having trouble paying my mortgage. I’m really depressed and I think my wife is going to leave me and I have to put food on the table for three kids.

“But every month I owe a ton of money to the credit cards. Should I file for bankruptcy? I can’t sleep at night. I feel like killing myself. What should I do?”

Answer: DON’T PAY YOUR CREDIT CARD DEBT if it is hurting the rest of your life.

Whatever you do: DO NOT file for bankruptcy. Then the courts just give the credit card companies your money. You have no say. Who do you think will win that battle?

It’s not an ethical issue. It’s a contract issue. You signed a contract.

Now the banks have to do their end of the contract. They have the full right to seize your assets. (but I’ll get to that in a second…)

By the way, the banks don’t even care. They have 100 PhDs who have already modeled out how many people will default.

They simply sell off your bad debt to hedge funds.

Why would a hedge fund buy your debt once you start to default? Easy: they pay 3 to 6 cents for every dollar you borrowed.

The hedge fund now has to collect from you.

I can tell you: these hedge funds do very well.

How do I know this?

They outsource to either collection agencies or law firms in your local area to collect from you.

Maybe they give the collection agencies, on average, two cents. So now the hedge funds have made 100% on their investment. Not a bad business to be in. These hedge funds still do very well to this day.

By the way, hedge funds analyze these collections of bad credit card debt like they would any other investment.

North Carolina and West Virginia, for whatever reason, are the worst states if you are a buyer of batches of bad credit card debt. Nobody could tell me why. But they might only pay 2 cents on the dollar for those.

This is all happening between three and 12 months after you stopped paying on your debt.

Now collection agencies start calling you day and night. You can change your number.

Or if you answer the phone, record the conversation. Every state has different laws on how collection agencies are allowed to talk to you. You can google the laws in your state.

It’s very easy to catch them breaking the law. Then you owe nothing. So record the conversations and try to get them angry.

They will try to scare you. They use fake names like “Dick Brockman” and they say things like “In five days we have to go to court and seize all of your assets.” Again, in some states this is illegal to say. In some states it might not be.

One thing you always have the right to do: Say, “Show me the proof I owe this money.”

Since the collection agencies got your name from a hedge fund that might have bought only part of your debt from another hedge fund, who knows where that original proof is? It’s gone! They are required to show you proof if you ask.

How do I know this? Not because I was invested in the hedge funds. But because “Dick Brockman” called me in 1994.

I once owed on library fines from 1988. In 1994, collection agencies would call me and I would get scared. I eventually paid. What an idiot I was! Six years later! Library fines!

Local lawyers are a bit tougher. They can actually threaten you with court action and they might not be bluffing.

No problem. If they have proof (unlikely), then settle.

If you owed $1,000, offer them $100. Ten cents for every dollar. They might take it. It’s above average. Oh, and offer a payment plan. Maybe a little bit each month for two years.

They’ll take it because it’s like free money for them.

It’s a negotiation at this point. They are pretty happy to collect on anything so they will probably say yes.

Again, I know this because I know the hedge funds that are the ultimate beneficiaries (not the banks, or the credit card companies).

That’s where all the mansions come from while you were struggling to pay your mortgage.

I’m not saying they don’t deserve their mansions. They take risks buying all that defaulted debt.

But you don’t deserve to struggle with your mortgage either. Or worry about killing yourself or feeding your kids.

You deserve a good life without stress. You weren’t trying to be bad, but (as the banks already modeled) sometimes bad things happen to good people.

You signed a contract where everyone knew the risks. Even if you didn’t read all the fine print (who does?) and even if the banks are gleefully hoping you pay penalties, etc, the flip side is they know there is a reasonable chance you can default.

It’s not like friendship debt where you need to pay back.

Default in the credit card industry is, by itself, an entire industry that many people benefit from.

What would happen if everyone followed this advice?

The system would totally break. The economy would collapse.

But here’s the good news: not everyone will follow this advice.

And if you owe $10 and have $100 in the bank, you might as well pay your credit card debt. Don’t get any more credit cards after that. They are a scam once you read the fine print.

But if you are struggling and your kids need food and your marriage is at stake and you lost your job, then simply stop paying your credit card debt and follow the process I describe above. It’s a 1-6 year process.

Ok, you might say, but what about my credit score? Won’t my credit go bad?

I’m going to be totally transparent. I’ve never in my entire life had a credit card. But still…

I separated from my ex-wife in 2007. In the confusion of houses, and misery, and despair, and kids were scared, and “nothing will ever be the same,” we were a few days late on two mortgage payments in a row. I was also late on a state tax return (but not federal).

I paid everything but it was too late.

Just those two things, and because I have no credit cards (so no opportunities to show regular payments), my credit score fell from 780 to 580.

Guess what? I can make it 780 again anytime I want. I’ve done it before.

I can pay an agency that does it for me. It cost me $2,000 last time (in 1999 – those library fines were haunting my rating). They call up the credit agencies and “fix” things.

But I won’t pay an agency. Since 2007 I’ve rented four other apartments, had background checks run on me, and even leased two cars (I don’t drive but Claudia Azula Altucher does).

Did anyone bring up my credit score? Of course they did! Did it effect the final price on anything, or cause me to be rejected from anything? No! And sight unseen. People didn’t even know what I looked like.

People want to make money. They want to sell you things regardless of credit score. Credit scores are a scam industry also.

In one case I had to promise to pay an extra month’s rent as security. But we ended up not renting that apartment anyway.

I felt really bad about my dad, and my mom, and even S.

When I was a little kid, S. owned a small publishing company.

I was an expert at solving Rubik’s Cube when it was popular. I had my own tricks to do it fast.

S. told me he would publish a book with my formulas if I wrote them down. I felt great. I bragged in school I was going to be a published author.

One teacher told me not to say it anymore. She said, “You can’t say it again until it happens.”

I ended up not finishing it. And now S. is in jail. I often have ideas I don’t finish. Even to this day.