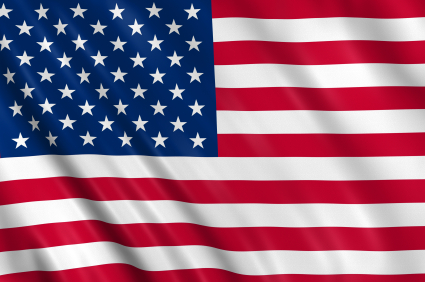 You were everything a foreign kid dreamt of and more. There I was, 10 years old and unleashed in Orlando, Florida, the heart of American consumerism. The Ballantyne family had finally made the pilgrimage to Disney World.

Between trips to the theme park my cousin and I would play arcade games in the hotel lobby. For dinner we had McDonalds and large cans of American soda (the cans back in Canada were still just a fraction of the size). At night in our hotel room we’d watch all the American television shows that we couldn’t get back on the farm where our rabbit-eared TV only received three Canadian channels.

And then there was Disney World itself. You’ve been there. You know what it means to a child. I won’t even attempt to put the Magic Kingdom into words.

That trip strengthened my relationship with America that had long ago started with my love for the Dallas Cowboys and America’s mesmerizing Saturday morning cartoons. And while it might not be a popular motif in the present day, I have no problem admitting that I love America. Always have and probably always will.

I love you, America, for your grand traditions, your voracious appetite for consumption, your big trucks, your big hearts, and your even bigger personalities.  I love you for your sports dynasties and legends, your bizarre obsession with college sports (they’re teenagers!), and your iconic academic and financial institutions.  And who doesn’t love New York City at Christmas, weekends in Las Vegas, the coasts of California, the Rocky Mountains of Colorado, the great plains of the mid-west, and the small town pride all over the country.

But most of all I love America for Americans; which is why your infighting bothers me so much. As an outsider that watches you every day, I fear that your greatness is at risk due to petty disagreements and massive misunderstandings.

In fact, it is your dogged loyalty, one of your strongest attributes that might also be your undoing. Darn it America, you mean a lot to me. And I don’t want to see you go out like this.

America, you are not a collection of people defined by percentage points. You’re not a 1 percent, 99 percent, 46 percent, or even 110 percent (no matter how often your sports superstars claim to give that much effort). You’re not “red states” or “blue states”. You’re not defined by being a donkey or an elephant. Quit labeling yourself, it means nothing.

Here’s what you really are, even if so many people around the world will only begrudgingly admit it. You are a great country full of even greater individuals that simply all want a better life. In fact, we all do, every person in every country of the world.

But here’s the problem.

Everyday we teach our children that bullying is wrong. Don’t be mean, don’t pick on other kids, don’t tell lies or spread gossip, don’t belittle or ostracize others. But then what do the so-called leaders of America do? They bully each other and anyone that disagrees with them, which sets a terrible example.

But it doesn’t have to be this way. In fact, if left to the people of America, and not to the political parties, it wouldn’t be that way.

What real Americans do is add value, solve problems, and help one another. Just look at the response to Hurricane Sandy. The people along the Eastern Seaboard united, and were on the streets helping one another. No one cared who the other person was voting for. Instead, it was all about lending a helping hand and working together. That’s the America (and Americans) that I know.

If only the so-called “guys in charge” could see this, understand this, and learn from this. If only they would realize that it’s time to put aside political differences and to help one another. The game of political division has gone too far. Sometimes, as I watch as an outsider, I wonder if it can ever be fixed.

But in the end, I believe it can.

And it starts with adding value.

If you add value to the world and help solve one another’s problems, you can build a great business and even rebuild a great country. There’s virtually no limit to the positive results you can achieve when you make service to others your overriding priority.

To the people of America, realize that you are an individual and family member first, an American second, and somewhere way down the line you can feel free to call yourself a Democrat or Republican (or other). Never forget that order of importance.

Whatever happens on Tuesday, Nov 6th, 2012, I can guarantee you one thing. On Wednesday, Nov 7th, the sun will rise in the East, you will wake up and your dream of a better future for you and your family will not have changed.

There will be a newly elected or re-elected President of the United States, but there will be only one ruler of your American Dream – and that is you.

What you do with your dream is up to you and YOU alone. No President controls whether you get out of bed early to get a head start on the work day or whether you sleep in and fall behind your competitors. No political party dictates whether you work four hours a week or sixty-four. Those choices are yours, and yours alone.

You cannot allow external factors to change your internal vision. You can still make your life into anything you want it to be.

You can transcend the political division and still have your shot at the American Dream (and this goes for anyone, anywhere in the world that is free to read Early to Rise). Choose to come together and add value, rather than tearing your country apart.

No one sets limits on how much value you can add to the world. No one but you. For you are the Commander-in-Chief of your American Dream.

And that is what I love about America.

A Canadian Boy and His Dog

[Ed. Note: Craig Ballantyne is the editor of Early to Rise and author of Financial Independence Monthly and Turbulence Training. He is also the co-creator of the Early to Rise $100,000 Transformation Contest that will launch in early 2013. This 90-day contest is FREE for you to enter, and you’ll have a chance to win up to $25,000 in prizes in four categories: Healthy, Wealthy, Wise, and Overall. To get an idea of the changes you can make in a 90-Day Transformation Contest, please read Craig’s article about Curing Your Bad Habits here.