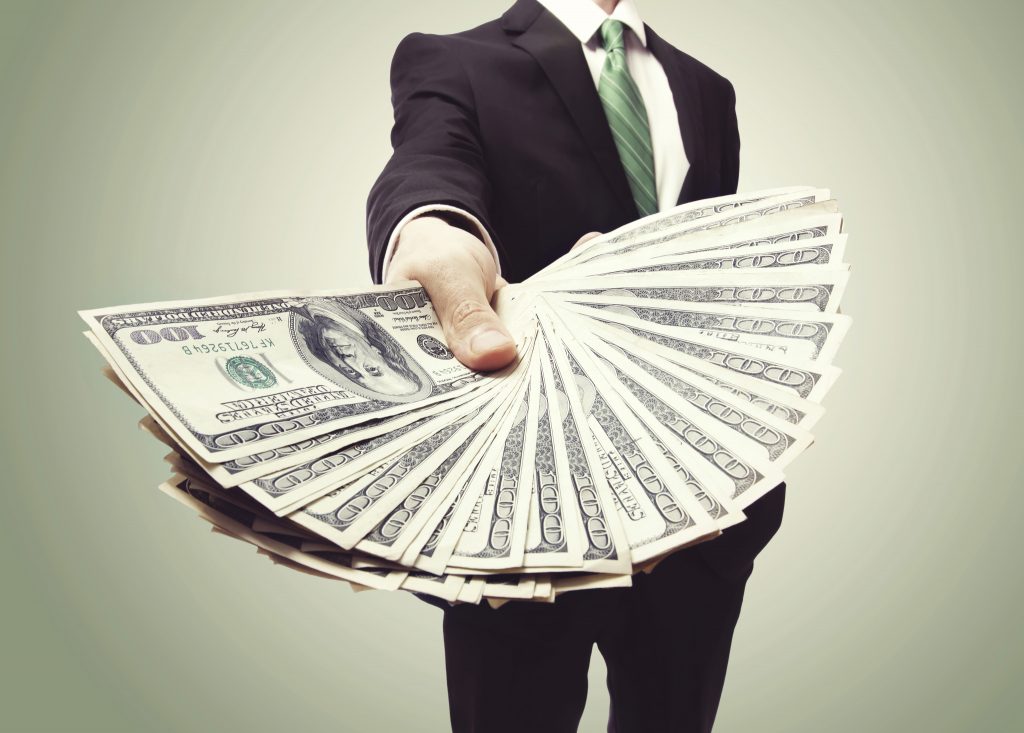 James Altucher said this in an interview with Ramit Sethi a few months ago. It’s a pretty controversial statement.

If you really think about it, it’s not so crazy.

Some context — In the interview, James and Ramit talk about the different dimensions of money.

If you’ve never heard of the different dimensions of money, this will be cool for you.

James: “People think of money in what I’m going to call dimensions.

James: “I think most people were raised that way.”

The second dimension of money, James explains, is functionality. On Ramit’s blog, “I Will Teach You to Be Rich,” Ramit gives this example of functional money:

“I used to dismiss people who got first-class airplane tickets by saying, ‘Ugh, we both get to the same place, and I just saved $2,000.’ I was a stupid know-it-all when I said that. Now I know CEOs who travel first class because they can sleep a full 6 hours on a cross-country flight, land, and go straight to a meeting. Luxury can be functional.”

The third dimension of money is experiential. That trip you took last summer during your gap year, where you backpacked across Europe. The different cultural perspectives you gained are priceless.

The fourth dimension of money is economical. Ramit gives this example for economical spending:

“Luxury is, by definition, not cheap. But some people change from a “disposable” mentality of buying cheap umbrellas, cheap clothes, cheap EVERYTHING… to selectively buying the best and keeping it forever. I have a coat that costs what many would consider an obscene amount. If I keep it for 10 years — which I will — the price becomes much more palatable. And that says nothing about how much I love wearing it.”

The fifth dimension of money is investing. Is this money I’m spending going to generate money for me?

These are just a few examples, I’m sure there are an infinite number of dimensions you can think of if you tried — you could probably even narrow them down to the most common and write a book (feel free to steal that) — the point is, money shouldn’t be viewed in only one dimension. People who limit their thinking to one dimension are more likely to go broke or struggle accumulating wealth.

The Cost of Educating Yourself

A teammate at ETR shared this article with me about seeking out mentors.

The article was featured in Fast Company and the premise is this: The author argues that she’s managed to build a successful career without the help of mentors and so can you. She believes that seeking out mentors and mastermind groups has benefits, but the negatives of being mentored (you become dependent on your mentor(s) opinions of you and you miss out on the benefits of figuring things out for yourself) outweigh the positives. You can read the full article here — I recommend you do because you’ll see the one-dimensional thinking, first hand.

Everyone is entitled to their opinion. After all, your definition of success might be different than mine. With respect to success and money, all the successful people I know making over $250,000+ a year, either have mentors or are mentors or both.

Needless to say, I think mentors are invaluable. Easily one of the best investments you can make in yourself.

The last thing I’ll leave you with is a quick story that should drive my point home better than anything I’ve said so far. Ramit Sethi tells this story in his interview with James Altucher:

“I remember going to a gym with my parents when I was a kid. And they have those glass doors with the trainer… the people you sign-up… the membership people— And I asked my mom, Who are those people behind the glass doors? And she was like, Don’t worry about that, those are just those trainers here to take your money.

“That’s a very funny way to think about it, right? Because if you think about a trainer, maybe they’re $75 an hour or $100 an hour, that’s a lot of money, no doubt. But, someone who can afford $100 an hour, just as a general rule, is probably not that stupid.

“They probably know something. But instead of me saying, Hey, what does that person know that I don’t? I just thought, Haha, they’re stupid, I could learn the same thing from a book for free. I’m saving $75 an hour. I’m the greatest.

“That was basically me through my entire adolescence. I think a lot of us are raised like that to think that, Oh, some guy who pays X thousand dollars for a first class ticket, what a stupid idiot. We’re both going to the same place, we’re both going to walk off the plane. I didn’t realize those dimensions. And I think most of us aren’t surrounded with people who push us to think that way. Most of us are raised in the first dimension and we pass it on to our children and that’s how life goes on.”

P.S. If today’s article hit home for you, you’ve been stuck in the 1st dimension your whole life, step into the 5th dimension with The Perfect Day Kit.

The $30 Billion Industry Freelancers Should Be Tapping

After reading this, go grab yourself a copy of Nick Nanton’s book Story Selling.

Check out what you missed in the last Success Formula Daily episode here.

Posted in Careers, Entrepreneur, Wealth
#repost from @motivationmafia With all the hard w