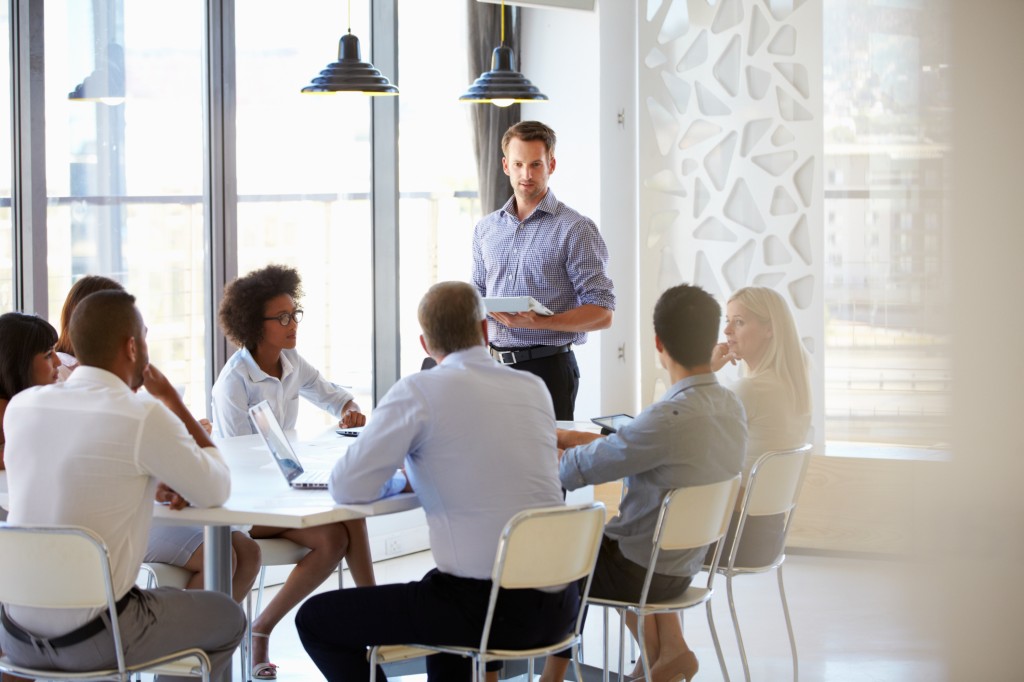 If you want to be an effective entrepreneur, I’d say you should have at least 10 good friends who are already successful entrepreneurs. If that sounds like a lot to you, I’d say that something is very wrong with your mindset.

Few entrepreneurs succeed in isolation. Business is a social game.

While I like selling direct to customers, such as by selling tickets to my workshops, I’d need a lot of individual customers to match what one good business deal can do. How many individual customers would do more than $1 million worth of business with my company, even in a lifetime? I’d imagine not many. Yet I’ve done more than $1 million of business with a few different business partners over the years, and I’ve done many other deals that have generated revenue in the $100,000-$1 million range.

Am I saying you can’t go it alone? No. But the odds of success as a strict solopreneur who only deals with individuals are stacked against you.

Where do you find good business deals? Through networking. I hate that word though since it sounds too cold. A better term is friendship.

Business deals happen through friendship. At least that’s how it plays out with me. I meet another entrepreneur. We get to talking and realize we have compatible business models, attitudes, and values. We realize that in some particular area, our businesses could mutually support each other. We discuss possibilities. We settle on a deal that seems win-win-win: They win. I win. The customers win.

We do the deal. Value flows. Money flows.

If the deal works and everyone does their part honestly and honorably, and if the deal adds value and generates positive results, it strengthens the friendship too. Try doing a million dollars’ worth of business with someone, and see how friendly you become. More business will likely result.

Why Coaches Are Often Broke

I know dozens of life coaches. Most of them are broke. Why? They aren’t getting enough paying clients. Why not? Because they don’t have time to do quality coaching AND effective marketing simultaneously.

I also know coaches who have endless streams of new clients. Why? They partner with other friends in business who have lots of people who’d love coaching, if they could only get a referral to a qualified coach. That’s an easy win-win-win situation.

This is an overgeneralization to be sure, but it’s not too much of a stretch to say that the broke coaches try to do everything themselves, whereas the prosperous coaches invite and allow other partners to help them succeed.

It’s good to have friends you can turn to for help — not just for advice, but for doing some actual income-generating business together.

When I use the term “social support” in my articles, I don’t just mean Facebook friends that verbally encourage you. That kind of support isn’t particularly valuable unless you’re suffering from low self-esteem and need constant validation.

I’m talking about having friends with whom you can do mutually beneficial exchanges that generate real income. If someone is supporting your business, it means they’re helping you generate business.

I could probably list at least 50 entrepreneurs I know that I could call on the phone, propose a business deal, and within an hour we’ll have a tentative agreement to do something that generates at least $50,000 in extra revenue for someone.

Individual consumers normally don’t care about this B2B side of my business. The vast majority of them just enjoy my free content. Some of them wonder how I actually make money since I hardly have anything to sell to them. They don’t know that most of my income comes not from individuals or from visitors to my website but from other businesses.

What’s an example of a deal I’ve done with another business? One simple example would be my book deal with Hay House. I receive ongoing royalties as well as a share of licensing fees whenever they get the book published in another language. It’s been 5-1/2 years since my book came out, and this deal still generates ongoing income for my business as well as for Hay House. This was one of the smaller deals.

Do you have people regularly calling and emailing you with proposals that could generate extra income for you? If not then why not? Maybe it’s time to stop hiding behind your laptop, and start making some actual friends in your field.

I hit a major turning point in my computer games business when I finally realized that being socially isolated was hurting me. At first I couldn’t bring myself to accept that this was a problem, but I decided to take another entrepreneur’s advice and put myself out there anyway. I got involved in a trade association in my field, including serving as an officer for two years. It was a lot of work for no direct pay, but I made dozens of new friends in the industry. That made my life so much easier.

Within a matter of months, my income increased by a factor of ten. The friends I made turned out to be extremely helpful resources for me. For instance, they taught me how to do some pretty decent marketing from home and at very low cost.

Eventually I decided to suggest some direct business deals with my industry friends. My proposals were well-received, and shortly thereafter and for the rest of the time I ran that business, I earned thousands of dollars per month in extra income from those deals. Basically I began publishing other developers’ games through my games website. I offered their games to my customers and paid the developers a royalty for every sale.

If you have a lot of friends, sometimes they’ll help you in business purely out of friendship too, especially if it’s easy for them. But if no one knows who you are, good luck with that.

Don’t mistakenly assume that you have to figure out every piece of your business puzzle on your own. That’s a newbie mistake. You’re not going to be great at everything. But where you’re weak, someone else is strong. Work together. This benefits everyone.

If you’re really good at coaching, for instance, but you’re weak at marketing, then you may seriously benefit by partnering with a business that has lots of potential clients for you but no coaching services to offer. You get referrals from them and split the money.

The best deals have a limited downside (low risk) and a very high potential upside. If they don’t work out, it’s not a huge loss for anyone. If there are few sales, well… at least you tried. Maybe you didn’t make money, but at least you didn’t lose much money to test your idea. However, when a deal really works, it could be a home run for all involved — the perfect match. And it could lead to many more similar deals.

Personally, I love going into new deals not knowing what will happen. Some of them are disappointing duds. Some are delightful hits. Some are in between. I enjoy the discovery process of finding out. I never know if a new deal will only earn enough to pay for groceries… or if it will earn enough to buy a house. It’s a fun game to play when the downside is minimal, but the upside is potentially huge.

Another advantage of doing deals with other entrepreneurs is that these are often smart, fun, and interesting people to work with. While individual customers are the lifeblood of many businesses, dealing with normal customers and clients day in and day out can be a grind for anyone. A lively new deal with a creative entrepreneur can add some spice to the mix.

Make friends in your field. Propose some win-win-win deals. Do business with other entrepreneurs. This can spell the difference between dismal scarcity and delightful prosperity. And it can make business a lot more fun.