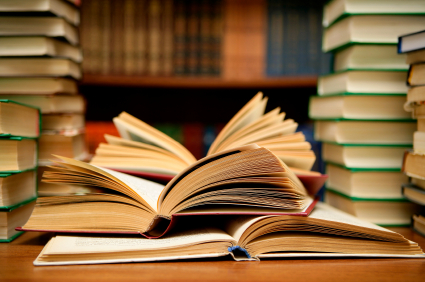 Sometimes when I’m feeling down all I need is a little perspective to realize how good I really have it. The key to gaining this wider and more realistic worldview is through education, or more specifically for me, reading a specific genre of book.

You see, I believe that North American culture, while it has many positives, clearly has some downfalls as well. One of the most obvious is the obsession with materialism and the rat race that this produces.

As a result, it’s common for people to compare themselves to others, which can cause everyday unhappiness. In fact, if I had to guess, I’d say that comparing ourselves to other people is the number one source of unhappiness in the average ETR reader’s life.

This theory is confirmed in the current book I’m reading, “Plutocrats” by Chrystia Freeland. Freeland reports that poor people tend to be happier than people in Manhattan making a couple of million dollars per year.

How’s that possible, you might wonder. Well, while research suggests that the more money you make (up to a certain point) increases happiness, in poor societies, everyone is poor. No one has anything that others don’t have. Therefore, they don’t become unhappy by comparing themselves to others.

But in Manhattan, those people making even $10 million (which is, as one New Yorker in the book is quoted as saying, “Is ONLY $5 million after taxes”) find themselves constantly unhappy because they are comparing themselves to others – the so-called Plutocrats for which the book is named – that make even more money.

You’ll find that unhappiness-by-comparison phenomenon anywhere there is an income gap, and yes, it’s the traditional phenomenon known as, “trying to keep up with the Joneses.” This bad habit has been around since the beginning of time, I’m sure. Nothing new to you or me, I’m sure.

And yes, I’ll be honest; I’m just as susceptible to this ‘disease’ as anyone else. So when I catch myself feeling down because I haven’t yet been offered my 7-figure book deal, I quickly catch myself and realize that my unhappiness is because I inadvertently compared myself to someone else.

Worse, when I was younger, I had the terrible habit to look upon someone else’s business or success with envy. It’s a personal flaw, and one that I hope you don’t share, but one that I’ve worked hard to correct. It is only human, I suppose, but certainly of no benefit.

But if you do sometimes get frustrated with how life is turning out, perhaps this lesson will help you.

What you need to do is turn to the history books. That’s my “odd” secret for getting a better perspective in life.

Specifically, I turn to any book written about World War I or World War II. This slap in the face and two-shoulder shaking to “wake up!” makes me realize that my life is so incredibly easy and fortunate.

For there, but for the Grace of God go I, hip deep in a shell crater outside of Ypres in 1917, waiting for a trench mortar to land in my vicinity and blow me to smithereens, or worse, horribly maim me and leave me to slowly die – alone – in the wretched fields of mud where so many young men died for naught.

I know it sounds odd, maybe even a little macabre, perhaps.

But when I realize that I will never (knock on wood) suffer from such a horrible fate of dying in conflict or living like an animal, as young men did in both World Wars, then my mindset is corrected.  After all, any struggle I have each day is laughable compared to what those before me have dealt with, which is comforting.

Young Erich Maria Remarque, author of “All Quiet on the Western Front,” would likely have traded anything to be out of the war and back at home sitting behind a desk during the years he fought as a German soldier in the First World War – a war that was generally fought for nothing and solved nothing.

Remarque’s book is a classic, and it’s worth reading for so many reasons. I blazed through it in just a few nights this month, reading in bed again for the first time in years, long past when I should have fallen asleep.

What brought me to this book was seeing it listed in an ad for one of those “Great Courses” audio programs. It’s on the list of “Books that Made History.” These books of history will constantly remind you of how good you have it.

[Ed. Note. Craig Ballantyne is the editor of Early to Rise and author of Financial Independence Monthly and Turbulence Training. He is also the co-creator of the Early to Rise $100,000 Transformation Contest. Though this round of the Transformation Contest has closed it’s not too late to access to all the helpful tools and advice that helped many people make a positive change in their lives. Get started on your major life transformations today.
Posted in Motivation, Self-Improvement, Skill Development and tagged craig ballantyne, History Book, Man's Search For Meaning, Perspective, Viktor Frankl
This error message is only visible to WordPress admins