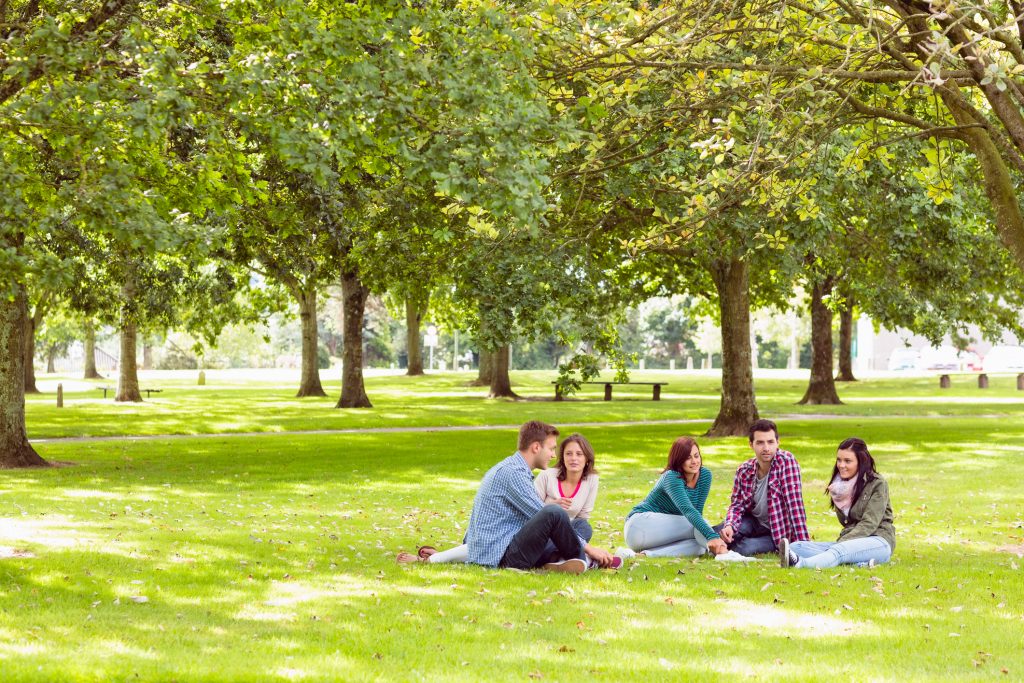 With Trust Me I’m Lying, I accidentally stumbled upon a marketing technique that not only helped the book but in some ways charted a new course for my career.

Early on in the book’s launch, I made the following offer: I would speak to or at any school that assigned my book to its students.

My thinking was that I was only a few years older than most students, reaching them early would be good for the book’s lifespan and it would help with the prestige of the book.

Slowly but surely professors started taking me up on the offer.

Sometimes professors would email me just to say they liked the book or a student would tell me they selected it for a report, and I’d actually ask if they’d let me speak. The answer was yes most of the time. In the nearly three years the book has been out, I’ve spoken everywhere from New School to UVA to NYU to the University of Toronto. Sometimes it’s in person, most of the time it’s over Skype.

The book is now on the curriculum at tons of different schools from Ryerson to USC. Some of the courses I’ve done several times now. Which is really nice because each new semester the course’s students order the book, genuinely read and interact with the material and then we talk. This is what you write a book for — to reach people and to spread ideas.

I ended up doing the same thing with my other books. Part of the reason we gave away copies of Growth Hacker Marketing to students was so we could reach them early. It turns out, a bunch of professors took advantage of the offer on behalf of their students. Now the book is taught as an introduction to a new way of marketing for prospective media, PR and business students. These are the kinds of things that keep a book in print for a long time. Accordingly to the sales departments at my publisher, the efforts have paid off with better conversion rates from marketing efforts to universities.

I point this out because it’s the type of book marketing that most authors (and companies) miss out on for a couple reasons. The first reason is that it’s slow. The process of being picked up by these professors was driven by word of mouth and natural adoption. It takes time and school is only in session part of the year.

The second is that it’s a result that is difficult to track. There are undeniable benefits from being required reading for students, both monetarily and prestige. But it is difficult to quantify directly. This turns a lot of data-driven marketers off — but just because something is somewhat opaque doesn’t mean it isn’t important.

The third is that this took real man hours and unscalable effort on my part. People want marketing to be easy. It isn’t. Finally, this all happens mostly off the radar. Selling 50-100 books from a blog post or a media article is actually relatively rare, but getting written about is an ego hit.

Getting picked up by schools is something that — until I wrote this piece — was a success only I knew about. Sadly, that’s not enough for a lot of people so they chase attention instead of results. They want validation more than they want their book to be successful.

Anyway, the real benefits have been incalculable. It’s made me a better keynote speaker and better in front of an audience (which is where the real money is as an author). These talks I gave to students were some of the first I ever did and now I speak all over the world. It’s added cache to my resume to be able to say I’ve lectured at Yale and NYU and I think increases my fee. It’s introduced a generation of readers, aspiring journalists, marketers, and entrepreneurs  to my work in an immersive way. And it’s sold a significant number of books. It doesn’t get much better than that.

I hope this strategy helps and thanks for letting me share.

Editor’s Note: Ryan Holiday is the best-selling author of Ego is the Enemy and three other books. He is an editor-at-large for the Observer, and his monthly reading recommendations which go out to 50,000+ subscribers are found here. He currently lives in Austin, Texas.