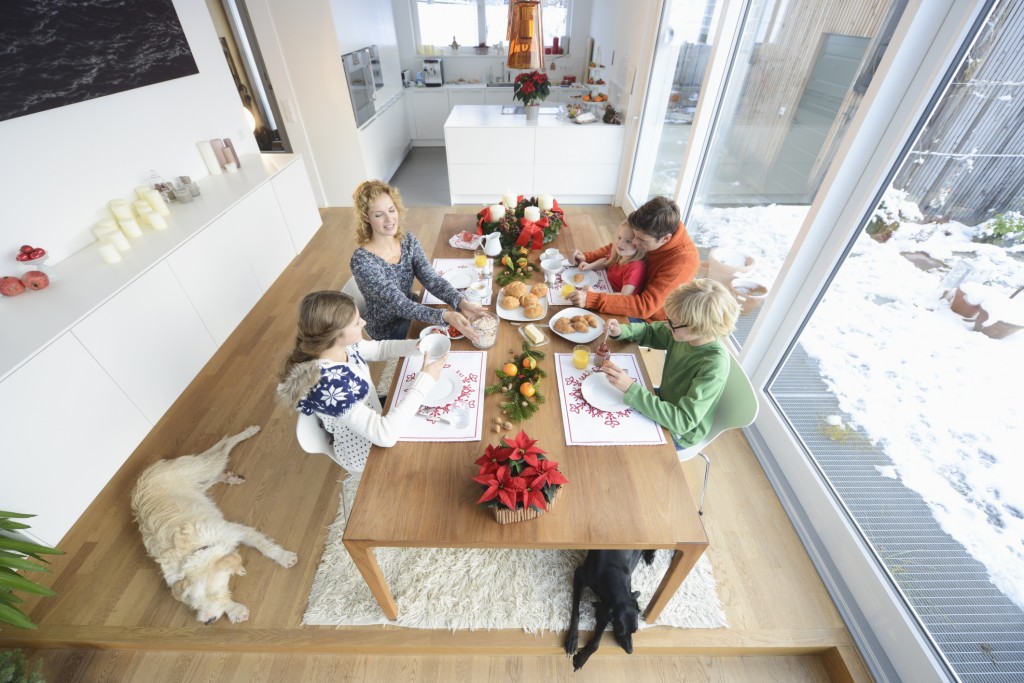 But a risk assessment of the family itself is virtually unheard of.

As we know in the family office world, the vast majority of wealth is lost due to family problems, not financial ones.

That’s why a “family risk assessment” could be critical to multigenerational wealth preservation.

After all, creating a multigenerational family legacy comes with a lot of risk.

Over long periods of time, you can expect all kinds of potential losses to threaten the family and the family wealth.

For this reason, family offices need to have a deeper understanding of risk than most people, beyond just the financial sense.

Today we’re going to look at the risks within the family itself. I’ve identified 12 risks to family wealth. I’ll outline the first six this month.

Warren Buffett famously said that risk for your investments “comes from not knowing what you’re doing.”

You need to ask, “What could go wrong?”

You Can Identify These Threats with a Family Risk Assessment

The key to all this is to be extremely honest about the issues your family faces. Sugarcoating the real problem, or potential problem issues, just to feel good about yourself and your family, will render this assessment completely useless.

You may consider bringing in a professional family relationship expert like Dr. Joanne Stern to help you conduct this risk assessment. Joanne has worked with dozens of families and can see the signs of trouble with fresh, experienced eyes.

To build significant wealth, the wealth creator has to work very hard and make sacrifices. Sometimes these sacrifices include family relationships.

Often a wealth creator has to spend a lot of time away from his children. If there’s no matriarch there to pick up the slack, then the children won’t get the emotional support they need. This can lead to lifelong emotional issues.

You see it so often. The hard-working wealth creator makes a fortune. But he neglects his children in the process. They become dysfunctional. And they end up fighting over the family wealth.

Often the wealth creator is a type-A personality. He can be a self-centered control freak.

He can also make the children think that whatever they do is never good enough.

He rarely acknowledges their successes.

But to preserve wealth, you need to spread out your resources, or diversify. You need to build consensus.

You need input and buy-in from your family members. Jean Paul Getty is a great example of someone who was an excellent wealth builder. He was a brilliant businessman.

He learned Arabic to negotiate oil field deals directly with King Saud of Saudi Arabia. That deal put him firmly in the multibillionaire category in the 1950s.

But he was a terrible wealth preserver in terms of how he treated his family. J. Paul Getty said that he was a bad manager because he couldn’t groom or train successors. He was right about that.

Not grooming and training family members to replace you is a problem for your family office.

That’s succession risk, which I’ll talk more about in just a moment. Also, you have to ask yourself what your motivations are in setting up a multigenerational family legacy.

Is it so that your ideas and legacy can exist beyond you?

If so, you may simply want to set up a foundation with a specific directive and give it an endowment.

If you’re actually creating a “family” legacy, then you want to continue on the path of setting up a family office.

Do you want a legacy for yourself or for the family?

There’s another potential risk that all wealthy families face, especially the second and third generations.

2. The Risk of Generational Regression

There is a tendency for even the most successful families to regress to the mean over time.

What often happens is that the first generation is unusually expansive, creative, and hardworking. The next generation doesn’t need to work so hard, and begins regressing to the mean.

But it still has enough money — and a close enough memory of how the money was made — to avoid squandering it all. But by the third generation, the unique talents, luck, circumstances, drive, and ambitions that built the family fortune have disappeared both from the gene pool and from the family memory.

This is why you often hear the phrase “shirtsleeves to shirtsleeves in three generations.” What you are often left with is a typical bunch of people dealing in a typical way with an atypically large amount of money.

They spend it, waste it, and hand it over to professional managers until it is all gone.

Conflict, sibling rivalries, emotional and parenting issues can all stem from events that took place during childhood.

The impact of emotional childhood events can last a lifetime. Divorce and infidelity, for example, can cause chaos in families. Childhood trauma could be the product of parental neglect and a lack of emotional fulfillment. To use the example of J. Paul Getty again, he was married five times and had numerous affairs. The lack of parental stability led to lifelong problems for the Getty family.

Sadly, the children and grandchildren were affected by high rates of substance abuse and suicide.

Our family relationships strategic partner, Joanne Stern, says that parenting issues are the No. 1 issue she deals with in her work with wealthy families.

If these issues are not treated properly, they can create the kind of family problems that strain family unity and cause families to lose their wealth.

According to studies, the two biggest issues responsible for family breakdowns are lack of trust between family members and poor communication.

Personality differences can cause misunderstanding, miscommunication, and ultimately mistrust between family members.

You expect your spouse to be like you. And you think your children are just like you and think the same as you do.

But it turns out they can be nothing like you. In my family, we found that one of my sisters thinks differently and learns differently from everyone else.

She takes in information mainly through her senses. She’s not interested in abstract ideas, economics, history, or religion.

Families are made up of people who are different. And they don’t always take the same approach to everything.

If the majority of family members are of a similar personality type, those in the minority can feel alienated and frustrated because they don’t understand things in the same way.

If steps are not taken to acknowledge the differences between family members, these differences can lead to conflict. We have to open our minds and understand things from different perspectives.

The children of wealthy families often grow up in wealthy surroundings. This sets expectations very high.

Some families choose to support wealthy lifestyles. This is a part of their family culture. But supporting socialites and lavish lifestyles can be extremely expensive. And there’s no amount of money that can’t be spent through.

In the 1880s, the Vanderbilt family had a fortune worth more than $300 billion in today’s dollars. The first of the Vanderbilts’ 10 Fifth Avenue mansions in Manhattan was finished in 1883.

Yet by 1947, all 10 of these opulent homes had been torn down after their contents had been auctioned off.

Within just 30 years of the death of Cornelius Vanderbilt (aka the Commodore), no member of the Vanderbilt family was among the richest in the U.S. And 48 years after his death, one of his grandchildren is said to have died penniless.

In less than a single generation, the surviving Vanderbilts had spent the majority of their family wealth! And the wealth was virtually gone within four generations.

Simply put, they went from producers of great wealth to great consumers of it. The Commodore’s children and grandchildren tried to outdo one another in building increasingly large and lavish homes. They became what my dad calls “insiders.”

They set and followed the trends of New York’s high society. They gave money away to fashionable charities. They held over-the-top parties. They raced yachts, sports cars, and horses. They indulged their fantasies. Some were said to have developed substance abuse problems.

The Vanderbilts held a family reunion at Vanderbilt University in 1973. It was attended by 120 family members. Not one of them was even a millionaire.

You obviously don’t want to create a family full of entitled, spoiled children. You have to strike the balance between support and hard work. And avoid creating dependency on distributions and financial help.

Children need to be allowed to fail. If they can’t fail, they can’t succeed either. And this leads to low self-esteem. This can happen even with education. People can have too much education.

They can waste away getting degrees, because they’re being supported by the family wealth, and put off starting their careers. They’re afraid to start life. They’re afraid to fail. They develop low self-esteem. And what often happens with rich kids with low selfesteem is that they make up for it by spending and acting crazy, because there’s no negative feedback loop.

We see that happening in the news headlines all the time. But then the parents bail them out. And two weeks later they do something even worse because they’re not suffering the consequences.

When young people haven’t entered careers yet, or adults haven’t found a career that’s right for them, these unresolved career questions represent a risk to your family.

If your family members haven’t found their “calling in life,” if they haven’t found a line of work they’re passionate about, then there’s a strong possibility they’ll do nonproductive, or even destructive, things with their time.

It’s not easy to “find your passion,” but young people need to start doing something productive.

Then they need to do it for 10-plus hours a day, and things will most likely turn out just fine.

If you’re in the ocean with no life preserver, you become very passionate about swimming. Until people are swimming, until they’re actively doing something productive 10 hours a day, there’s always that risk of idleness being the devil’s playground.

When there’s a lack of experience in investing and money management within the next generation, it’s a risk to your family wealth.

Until someone has actually managed a certain amount of money and been responsible for it, and suffered the consequences of losses, he doesn’t have experience. Ideally, you experience losses when you’re younger so that when you’re older and you take risks, you do it knowing what could happen, what the consequences could be.

It’s also a risk when younger members of your family, or less-experienced young adults, haven’t owned real estate or haven’t dealt with any legal issues or haven’t really understood the trust documents your family has.

Those things are risks because if the patriarch or matriarch gets hit by a bus, suddenly the repercussions of not understanding all those things become huge. That’s exactly the kind of thing we need to prepare for.

Another risk is inequality in competence among siblings. Over time, some siblings might be better at business and investing than others. That inequality could become a problem.

Jealousy and the perception of unfairness, rightly or wrongly, can set off big problems for families. That’s the first 6 of the 12 risks to family wealth. Next month I’ll outline the remaining 6, including “immigrant” risk and the risks to family unity.