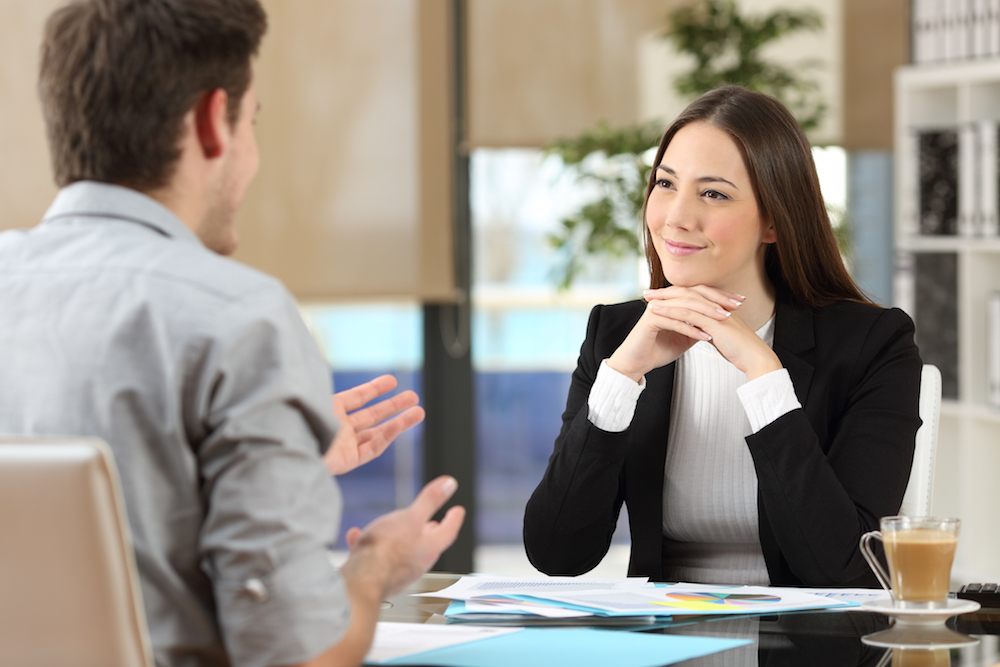 Being an inept listener has several irrefutable disadvantages: It makes you a bully negotiator (which means the deals you close will eventually fall apart), a bossy boss (whose employees will secretly do what they can to see you fail), a pushy salesperson (which means you won’t have many repeat customers), and the least likely to be invited back as guest to the party.

Case in point: Several weeks ago, MN, BB, and I had lunch with PG, a successful direct-mail copywriter. PG, usually unapproachable, wanted to talk to us about collaborating on a few projects. We were very interested—until he started speaking.

He began by telling us all about… well… us!

I don’t know where he got his information, but it was mostly wrong and/or outdated. When we tried to correct him, he shook his head dismissively and kept on talking.

He then spent what seemed like an eternity telling us what we needed. Once again, everything he said was based on false or obsolete information. He had no idea about our current needs. And, again, when we tried to correct him, he kept on talking.

Finally, he paused. This was our chance to speak up, but we were so flabbergasted, we just sat there silently, mouths agape.

So he smiled a big ignoramus smile and began the third part of what I’m sure he thought was a marvelous presentation. He gave us half a dozen ideas for solving problems we no longer had and pitched us on opportunities we had long ago taken advantage of.

I swear to you: He never asked us a single question. He was animated. His voice boomed and quivered for dramatic effect. He gestured with his hands. He sat forward with confidence. (Or was it impudence?)

But he never looked at our faces to discern whether or not his monologue was hitting a chord. Had he done so—even for a second—he would have realized it was going very badly.

Here’s the thing: We came to that lunch 99% determined to do business with him. We left sure that we wouldn’t.

And the sad thing is that he will never know why. He certainly won’t ask.

Now what I’m about to say may seem like braggadocio. So let me preface it by admitting that I am not a natural listener. I prefer to talk—to the point of cutting people off mid-sentence to give them the benefit of hearing me.

At least I used to do that. But I have learned from my mistakes. And I have made some improvements. That’s why I’m excited to tell you how I just recently actively practiced the art of listening and was nicely rewarded for it.

I was attempting to finalize the purchase of two very desirable oil paintings—one for my private collection and one for one of my galleries.

The price of the two had already been negotiated down to $35,000. I was okay with that. But I had an argument ready—a good argument—for paying about $5,000 less.

I was prepared to “settle” for $32,000, and I wanted to launch right into my argument. But then I remembered the virtue of listening. So instead of going into my rant, I said, “I know we’ve arrived at a price of $35,000, and I understand how we came to that. But I’m still thinking it might be a little high. Can you tell me why you think it should be $35,000?”

He gave me four reasons, two of which were solid and two of which were weak. I told him that I agreed with the two good reasons. And then I used only bits of my prepared argument to refute the two weaker ones.

I asked him what he thought about what I had just said.

He said he appreciated the fact that I understood his two good reasons. He also said that he felt my two arguments made sense. He then offered to reduce the price to $29,500!

Making my case after I had listened gave me an advantage—one that saved me a significant amount of money.

So whenever I have an argument to make, I’m going to keep reminding myself to:

What I’ve learned is that restating the other person’s thoughts and feelings ensures him or her that I understand. As a result, it makes the other person more open to my ideas. (Note: I also have to be careful not to devalue this person’s ideas/feelings by using inappropriate or judgmental words in my summary.)

Remember that the ostensible purpose of many conversations—even business conversations—isn’t always what it appears to be. Sometimes people just need to be heard. They want to tell you their stories. They want you to listen to them.

So let them talk. Then ask them more questions. Know where you are going, and let them lead you there.

Sign up now to get our FREE Morning Routine guide—the #1 way to increase productivity, energy, and focus for profitable, meaningful days. Used by thousands of fitness, business, and finance industry leaders to leapfrog the competition while making time for the people who really matter. Learn more here.