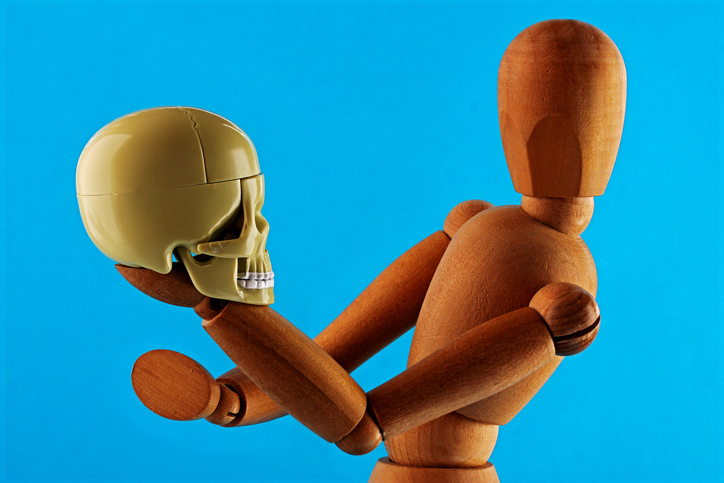 I recently received a letter from an Atlanta Falcons player who told me he quit the NFL not long after reading my book The Secret of Shelter Island.

“I realized I was living someone else’s dream, not mine,” he said. “The truth is I haven’t enjoyed football since high school.”

Some might be surprised that anyone would walk away from all that money and celebrity. But perhaps he’s an existentialist. They recognize the dangers of living an inauthentic life.

Who, exactly, are the existentialists and what do they know?

Existentialism is a philosophical movement that came about in the late 19th century. It is not some abstract set of theoretical truths. Rather it’s a no-nonsense philosophy that encourages you to take a hard look at your life and ask two essential questions:

Who am I and how shall I live?

Its goal is to awaken us from our slumber, have us grab life by the lapels and start living authentically.

SUGGESTED: Make Your Own Success with Daily Affirmations

Unfortunately, there is no particular school that offers a systematic account of existentialism. Its founders were fierce individualists who avoided labels, detested “isms,” and refused to be lumped into any group.

So there is no grand philosophical system here. Essentially, existentialism exists at the intersection of the essays of Friedrich Nietzsche and Jean-Paul Sartre, the novels of Albert Camus and Fyodor Dostoevsky, the religious writings of Soren Kierkegaard and Paul Tillich, and the plays of Harold Pinter and even William Shakespeare (particularly Hamlet and King Lear). Clearly, existentialism is older than the term itself. The philosophy is based on six general themes:

1. Acceptance of the Absurd.

Each of us drops unexpectedly into this world, in a universe where time — at least as we know it — has no beginning, space no end, and life no pre-set meaning. It is an inexplicable mystery. This realization is hardly new, of course. Ecclesiastes kicks off with the words “Vanity, vanity, all is vanity. What does man gain from all his labor and toil here under the sun?” (Ecclesiastes 1:2-3). Existentialists believe that it’s only when you confront the fundamental absurdity of life that you begin to live honestly.

Life itself may be meaningless, but you give it meaning when you begin making important choices. These, in turn, reveal who you are. With freedom of choice, however, comes responsibility. Taking ownership of your decisions means not blaming your parents, your spouse, your teachers, or anyone else for the shape of your life. More responsibility brings greater freedom. And with it: hope.

Existentialists are keenly aware that society continually pulls us toward conformity. There are immense social pressures to go along, get along, and live pretty much like everyone else. Existentialists challenge you to buck conventional wisdom, express your true nature, and follow your dream, whatever that may be.

Most people are so consumed by desire, guilt, fear, or anxiety about what other people think that they find it almost impossible to follow their true calling. However, it’s only when you begin to do what you want — and not what others expect — that you begin to live authentically. But expect resistance. Institutions want to mold you. Other people want you to go on their trip. It’s far easier to live unthinkingly as part of the crowd. Yet authentic individuals are in control of their own lives.

Being passionate and engaged is crucial. This doesn’t mean acting crazy or hysterical. Quite the opposite, in fact. Existentialists believe you should devote yourself to a cause, one that you’re willing to organize your life around, perhaps even die for. For Kierkegaard, that passion was the pursuit of truth. For others, it may be artistic expression, healing the sick, or building a business that employs hundreds and serves thousands. In all walks of life, you’ll find that passionate men and women are more purposeful.

Life is finite. Yet existentialists don’t see this as a reason for pessimism. Facing death is what forces you to take life seriously, use your time wisely, and make meaningful choices. It should invigorate your life. As the character Andy puts it in The Shawshank Redemption: “Get busy living or get busy dying.”

Nietzsche, the philosopher most closely associated with existentialism, refers to it as the noble ideal. Your life, he argues, is an unwritten book that only you can write. Or, he says, visualize your life as a kind of artistic project, except that you are both the sculptor and the clay. This concept runs throughout existentialist works.

Martin Heidegger counsels us to learn to “dwell poetically.” Kierkegaard says “to exist is an art.” All existentialists agree that life has the meaning you choose to give it. Sartre even declared that man is “nothing else but what he makes of himself.” This view is fairly widespread in the West today. But it was once considered revolutionary.

The Catholic Church, for instance, decided that Sartre’s ideas were so dangerous that it placed his entire works on the Vatican Index of Prohibited Books — including those he hadn’t yet written! Ideas can be dynamite. And the proclamation that you should live your life on your own terms rather than according to the dictates of an institution was explosive. Perhaps that’s why existentialism is called the philosophy of freedom.

No matter how things stand in your life, you choose how to interpret your situation. You choose how to respond to it. Even if you do nothing, you still have made a choice. There is no escaping the consequences of your actions – or your inaction. This makes some people profoundly uncomfortable, of course. They don’t like facing up to the world as it is. They don’t want responsibility. It’s easier to blame others, circumstances, or “the breaks.”

Existentialism, however, is known as “the no-excuses philosophy.” You may be old. You may be broke. You may be sick. But existentialists say you start from where you are and move forward.

By accepting responsibility and making choices.

This isn’t always easy. Pursuing authenticity requires relentless self-examination. It exposes you to things about yourself that you may not want to know. It may cause discomfort or friction with others. But inauthentic lives, by comparison, are shallow, trivial, and unsatisfying. They are often marked by the dogged pursuit of material goods, social status, or the approval of others.

SUGGESTED: 11 Ways to Boost Your Self-Confidence

In many ways, existentialism is a return to the roots of philosophy, a return to the ancients’ concern with truth, virtue, and the art of living well. Existentialism offers a guide to the perplexed. It shows us not just how to live, but how to flourish, how to create meaning in a senseless world. Those who reject this philosophy often do so not because they don’t understand it but because they can’t face it. And that’s unfortunate.

Existentialism provides a practical way of thinking about the world. It offers personal freedom and empowerment.

If you are feeling disempowered and want that to STOP now, start by reading The Perfect Day Formula. This easy-to-read, self-help book will teach you how to begin steering your life toward its authentic course. 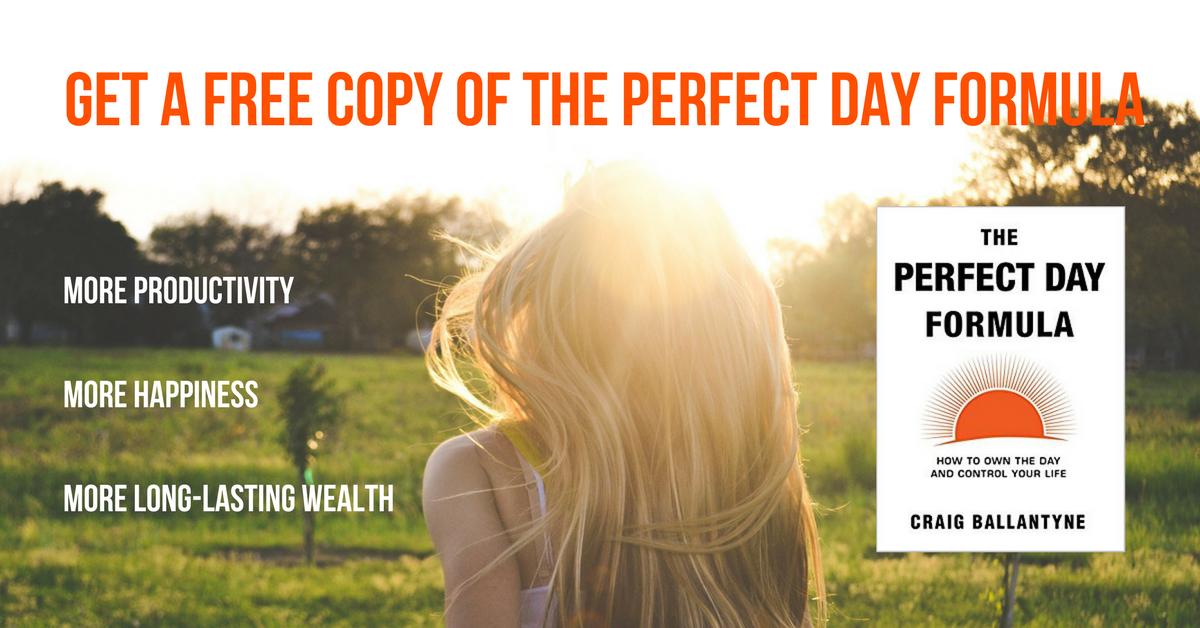 It is a path to dignity and nobility. An existentialist doesn’t live as though he has forever, frittering away his time and putting off until “someday” the things he really wants to do. He or she recognizes that each day, each moment, is precious and irreplaceable.

Are you an existentialist? Only you can say, of course. But perhaps you should be. Carpe diem.

Alexander Green is the Investment Director of The Oxford Club. A Wall Street veteran, he has over 20 years experience as a research analyst, investment advisor, financial writer and portfolio manager. Under his direction, The Oxford Club’s portfolios have beaten the Wilshire 5000 Index by a margin of more than 3-to-1. The Oxford Club Communiqué, whose portfolio he directs, is ranked fifth in the nation for risk-adjusted returns over the past 10 years by the independent Hulbert Financial Digest. Mr. Green has written for Louis Rukeyser and several other leading financial publications. He has been featured on The O’Reilly Factor, and has been profiled by The Wall Street Journal, BusinessWeek, Forbes, Kiplinger’s Personal Finance, C-SPAN and CNBC among others. He currently writes and directs the twice-weekly Oxford Insight e-letter and three short-term trading services: The Momentum Alert, The Insider Alert and The New Frontier Trader, as well as the editor of "Spiritual Wealth," a free e-letter about the pursuit of the good life. Mr. Green is also the author of two bestsellers “The Gone Fishin’ Portfolio” and “The Secret of Shelter Island: Money and What Matters.”