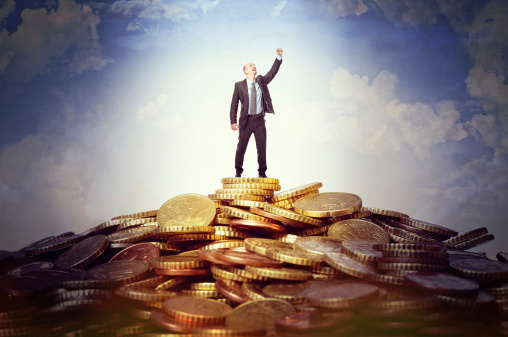 Growing up, when I got into an argument with my mother, she would sometimes resort to the nuclear option, her tried-and-true conversation stopper.

Putting her hands on her hips and using the worst faux Southern accent imaginable, she’d say, “Well if you’re so damn smart, why aren’t you rich?”

I never knew how to respond to this. Of course, I was 12 at the time and the deadbeats on my paper route kept margins low. Still, it ingrained in me the notion that the rich must have a little something extra going on upstairs, otherwise, we’d all be rolling in it. Right?

There is, in fact, some evidence to support this. According to a recent report from the U.S. Census Bureau, there is a strong positive correlation between income and education. Over an adult’s working life, on average…

But here’s the rub. Studies show that those who earn the most aren’t necessarily the richest…

How to Determine Real Wealth

To determine real wealth, you need to look at a balance sheet – assets minus liabilities – not an income statement. Just ask Dr. Thomas J. Stanley, the bestselling author of The Millionaire Next Door and perhaps the country’s foremost authority on the habits and characteristics of America’s wealthy. Many of his findings are just the opposite of what you’d expect.

For example, we generally envision millionaires as Bentley-driving, mansion-owning, Tiffany-shopping members of exclusive country clubs. And indeed, Stanley’s research reveals that the “glittering rich” – those with a net worth of $10 million or more – often meet this description.

But most millionaires – individuals with a net worth of $1 million or more – live an entirely different lifestyle. Stanley found that the vast majority:

This is certainly not the traditional image of millionaires. And it makes you wonder, who the heck is buying all those Mercedes convertibles, Louis Vuitton purses, and $60 bottles of Grey Goose vodka? The answer, according to Dr. Stanley, is “aspirationals.” People who act rich and want to be rich, but really aren’t rich.

Many are good people, well educated, and perhaps earning a six-figure income. But they aren’t balance-sheet rich because it’s almost impossible for most workers – even those who are well paid – to hyper-spend on consumer goods and save a lot of money. (And saving is the key prerequisite for investing.)

This notion shocks many Americans. Dr. Stanley recalls an appearance on Oprah when a member of the audience asked the question, one he’s heard hundreds of times before:

“What good does it do to have all this money if you don’t spend it?”

She was angry, indignant even. “These people couldn’t possibly be happy.”

Keeping Up With the Joneses and Smiths

Like so many others, this woman genuinely believed that the more you spend, the better life is. Understand, we’re not talking about people who live below the poverty line. (Clearly, their lives would be better if they were able to spend more.) We’re talking about middle-class consumers and up, those who often live beyond their means and then find themselves under enormous pressure, especially in a weak economy.

Some were overly optimistic about their earning prospects. Others didn’t realize that they are up against an army of the best and most creative marketers in the world, whose job it is to convince you that “you are what you buy,” that you need to outspend – to out-display – others.

The unspoken message behind the constant barrage of TV and billboard ads featuring all those impossibly good-looking men and women is that you are special, you are deserving, and you need to look and act successful now.

According to Dr. Stanley, “The pseudo-affluent are insecure about how they rank among the Joneses and the Smiths. Often their self-esteem rests on quicksand. In their minds, it is closely tied to how long they can continue to purchase the trappings of wealth. They strongly believe all economically successful people display their success through prestige products. The flip side of this has them believing that people who do not own prestige brands are not successful.”

Yet “everyday” millionaires see things differently. Most of them achieved their wealth not by hitting the lottery or gaining an inheritance, but by patiently and persistently maximizing their income, minimizing their outgoing, and religiously saving and investing the difference.

They aren’t big spenders. They just recognize that real pleasure and satisfaction doesn’t come from the car you drive or the watch you wear, but time spent on activities with family, friends, and associates.

They aren’t misers, however, especially when it comes to educating their children and grandchildren – or donating to worthy causes. Although they are disciplined savers, the affluent are among the most generous Americans in charitable giving.

Just how prevalent are American millionaires? According to the Spectrum Group, there were 6.7 million U.S. households with a net worth of at least $1 million at the end of 2009. Very few of them won a Grammy, played in the NBA, or started a computer company in their garage. Clearly, thrift and modesty – however unfashionable – are still alive in some parts of the country.

So while millions of consumers chase a blinkered image of success – busting their humps for stuff that ends up in landfills, yard sales, and thrift shops – disciplined savers and investors are enjoying the freedom, satisfaction, and peace of mind that comes from living beneath their means.

These folks are turned on not by consumerism but by personal achievement, industry awards, and recognition. They know that success is not about flaunting your wealth. It’s about a sense of accomplishment… and the independence that comes with it. They are able to do what they want, where they want, with whom they want.

They may not be smarter than you, but they do know something priceless: It is how we spend ourselves – not our money – that makes us rich.

[Ed Note: Alex Green is the author of excellent books like, The Secret of Shelter Island: Money and What Matters, and Beyond Wealth, that show you how to lead a “rich” life during trying economic times.]
Posted in Investing, Personal Finance, Wealth
This error message is only visible to WordPress admins