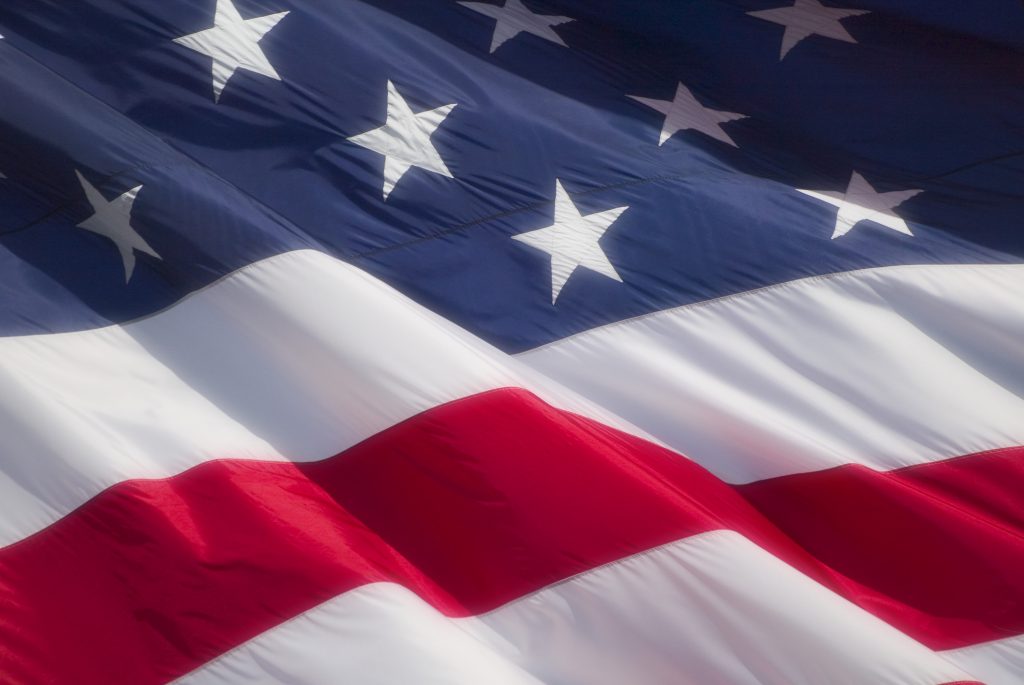 In June of 1980, my father decided our family was going to escape communist Russia.

We were living in Armenia, which at the time was under communist rule. My dad had been saving for almost two years to pay off the Russian officials $25,000 (USD) so we could escape. He knew there was a better opportunity waiting for us in the United States where you had freedom, where nobody was looking over your shoulder, and where nobody was trying to oppress you.

But we had to escape before 1981, because that’s when my brother, who is 14 years older than me, would have been forced to join the Red Army. At the time, Russia was at war in Afghanistan, and so he would have been shipped off to battle.

After my family fled Armenia in the dark of night, we made our way to Italy. From there, we entered the United States – legally. My father demands I say that every time I’m on radio or TV simply because he has such a profound love and appreciation for this country. He believes if you enter America legally, you’ll value it more and you’ll work harder, which is the mindset he instilled in us.

Of course, when we arrived in the United States, we were dead broke and spoke no English. Our family of five had just one suitcase and $86 in cash. The Russians made us leave everything else behind.

Well, not everything. They did let us bring my mother’s Chihuahua. On the airplane from Rome to New York, I opened the dog’s crate to play with him for a second. He jumped out and ran down the aisle to my mother, barking the whole time, like Chihuahua’s do. The flight attendants yelled at us in English, but we had no idea what they were saying since we didn’t speak English. My mom kept apologizing in Armenian, and I was so distraught I started crying and my dad had to console me.

Things got even worse when we arrived in America. My dad’s vision of abundance was quickly countered by the reality that we were broke, we didn’t understand the language, and we had to rely on our instincts to survive.

His instincts said, “Where did they have food?” The answer was grocery stores. And what’s behind a grocery store? A dumpster.

My father knew the stores would throw away some of the food, and so at night he would hoist me up into the dumpsters behind the stores so I could find food for our family. That meant picking out the expired but still salvageable food. For example, with lettuce, we could take off enough leaves to get to the core where it’s still safe to eat. For milk, it might have been expired but it was still good enough to drink.

Eliminate Stress And Anxiety With This Secret Magic Time System

“Before discovering Craig’s Perfect Day Formula, my biggest struggle was controlling my mornings. That led to a constant feeling of being rushed and falling behind schedule… which in turn led to anxiety throughout the day. The #1 lesson I learned was how to dominate my mornings by blocking off my Magic Time and scripting the first three hours of my morning the night before. These days I have my to-do list knocked out by 10:00 a.m. This helped me overcome afternoon anxiety, regain control of my day, and free up more time in the evening to have with my family rather than playing catch up. I no longer have to work in the evenings and I get 7 hours of sleep per night rather than 4-5 hours in the past. Making a lot of money is great, but having the freedom to enjoy it without being stressed or anxious is the true definition of happiness. Craig’s Perfect Day Formula is for anyone who is driven to succeed but always seems to run out of time, misses deadlines, or lives in a state of anxiety. It will change your life.”

Click here and grab your copy of the Perfect Day Formula Kit.

In addition to rescuing food from dumpsters, we also found our only mattress in the trash. Our family of five shared this one bed in the small studio apartments we could barely afford. I lived in 14 apartments in the first two years of my life in the United States. I went to three elementary schools, two junior highs and two high schools. We moved around so much because we were often getting evicted. We were so poor that for our first year in America we had to choose between gas and electric or running water.

I repeatedly got lice from these dingy apartments, but we were so broke we couldn’t afford lice treatment. My mom made my dad siphon gasoline from his old Ford LTD so she could kill the lice in my hair. She used the gas to wash my hair in the courtyard of our apartment complex while people watched out of their apartment windows. They were probably thinking this crazy woman was about to light her kid on fire, but really she was just treating my scalp for lice.

That was my childhood. It’s funny now; it wasn’t so funny then.

Despite all of this, my dad believed that you could do anything you want and become anything you want. Fortunately, I was foolish enough to believe him, and I decided to make something of my life.

My dad also taught me to pay it forward. I was a fat kid growing up, but I started working out in high school and it changed my life. That’s why I decided to be a personal trainer and help people get fit, win back their confidence, increase their self-esteem and live a healthy life.

But my journey to being an entrepreneur was hard. When you become a personal trainer – or a small business owner of any kind – no one shows you how to do sales and marketing to get clients. That meant in addition to being a personal trainer, I was also a cook at Disneyland and a bouncer at a gay bar on the weekends. I’d spend three days a week training people, three days cooking hotdogs, French fries and hamburgers, and two nights breaking up fights between angry skinheads and patrons of the bar.

Then one day I met a client who taught me how a business works. Before long, I owned my first boutique gym. A few years later, I had five gyms, and I eventually sold those to a big fitness corporation. Today, I coach and consult over 100,000 personal trainers worldwide, and I’ve built an international fitness franchise called Fit Body Boot Camp. We have over 400 locations around the world.

I am the American dream. I also have something my friend Rob Jaeger called, “The Immigrant Edge.”

Back in 2008, while the world was struggling with the economic crash, my coaching business continued to do well because I ignored the rest of the world and just kept on hustling, filming videos, coaching other trainers, and making a difference even when so many other people had given up.

I simply shut out the outside world. I don’t believe anyone should tell me how to live my life, how my economy should be, or how my mind-set should be. The Immigrant Edge drove me to launch my franchise, Fit Body Boot Camp, in the middle of the recession.

The Immigrant Edge brings a different work ethic and success mind-set than the average person. A person with it never gives up. They have no quit in them. They know how to hustle and do the work without crying about it. They also know how to save money, and they take personal responsibility of their household and their families.

It didn’t matter to me how bad things were in America during the recession of 2008 because I had seen things so much worse in communist Russia. I know what being broke is. I know what it’s like to wait in line for hours a time to get moldy bread and cheese in Armenia.

I remember one time when the KGB barged into our house looking for evidence that my dad, a tailor, had been making suits and selling them on the side for a profit. That’s a no-no. You could not make money in communist Russia. Everybody worked for ‘the man.’

That doesn’t happen in America, and so even in the worst-case scenario here in America, all I see is opportunity. That’s the Immigrant Edge. It’s seeing opportunity in every circumstance, having a strong work ethic, and hustling hard to achieve your dreams.

I’ve made it my mission to share the Immigrant Edge with everyone I come across, whether I’m speaking on a stage to a thousand people, sitting in a room with 25 people in my coaching programs, or if I’m doing one-on-one private consulting. I want to instill this mind-set because I believe it gives everybody who uses it an advantage over the competition. It worked for me, and it will work for you, too.