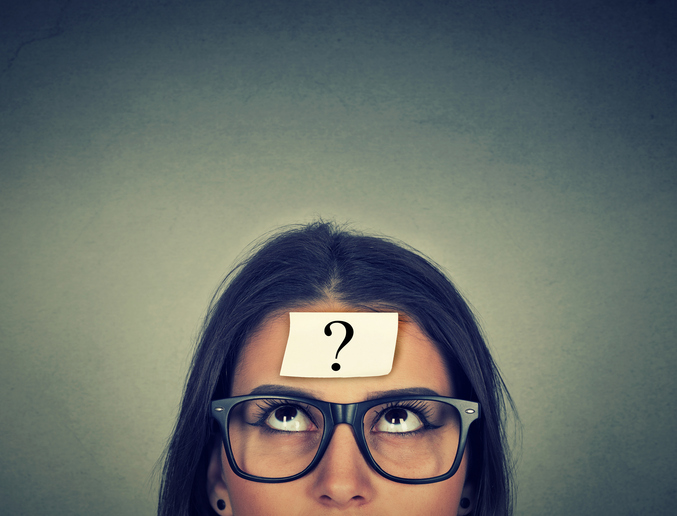 You know what an “affirmation” is – and if you’ve ever tried them before you probably know that they don’t work particularly well – unlike Afformations.

Affirmations  are statements or mantras you repeat to yourself about something you want right now, as if you’ve already got it.

Advocates believe that repeating affirmations changes the way you think, brings more abundance and success into your life and makes positive things happen.

Sometimes called manifesting, this technique is based upon the notion that your brain cannot distinguish the difference between reality and your imagination.

A classic example of affirmations in action might be repeating to yourself “I am a millionaire” or “I have a 6 pack”.

Try saying that to yourself right now if you don’t have a six pack or a million dollars in the bank.

Try to really FEEL and believe it as if it you knew it were true.

What just happened? Did you hear a voice in your head saying “Yeah, right!”?

That’s the big problem with affirmations: Most people’s brains detect conflict and their BS detector goes off.

Trying to convince your brain via brute force that you are wealthy, a great public speaker, in a happy relationship or ANYTHING else that you’re not is impossible.

It’s simply the way the human mind is wired – it cannot accept statements that are not true.

What the brain CAN do (actually, it loves this) is ASKING and SEARCHING FOR specific answers to questions.

For example, if I were to ask you “Why are manhole covers round?” your mind would start SEARCHING for the specific answer.

If I asked you “Why is running your own business more difficult and stressful than being an employee?” you’d probably come up with five answers very quickly.

If the human mind is always asking and searching for answers to QUESTIONS, why would we go around making statements we don’t believe? Why not cut out the middleman?

Take the affirmation “I am a millionaire” — to which the brain replies “Yeah, right!”

How can we rephrase that statement as a question? How about this:

“Why is money flowing to me?”

Try it. Ask yourself “Why is money flowing to me?”

What’s your brain doing right now? Searching for an answer to the question!

There’s no conflict for your brain to try and decode.

It’s by asking questions that you form your reality – hence the term “Afformation”.

This is how the Law of Attraction REALLY works (a topic we break down in this blog post here).

Until I came up with this staggering discovery, no one had fully recognized the awesome power of ASKING EMPOWERING QUESTIONS – what I call “Afformations.”

There are four steps to creating affirmations that change your life – and I’ll demonstrate them with an example:

Brandon, an insurance salesman from Utah, had spent over $30,000 on self-help programs… with little to show for it. When he came to us, he was struggling, making only around $1,200 a month.

Here’s how I taught Brandon to use the four-step Afformations Method to create a better life for himself and his family:

Afformations Step 1: Ask yourself what you want – and get VERY specific.

You can use a goal you’ve previously written down, or start from scratch. You decide.

Please note that traditional success teachers stop right here. They tell you to “set your goals” and then say “affirmations” to try to convince your brain that you have what you want.

You already know that doesn’t work for you.

So, let’s try something different.

One of Brandon’s goals, for example, was to increase his sales. So he wrote: “I want to increase my sales.”

That’s very vague – with a goal like that, Brandon SHOULD be happy getting just one extra $100 sale over the next five years…

But who would want to stop there? “More Sales” is very vague and incredibly easy to hit, so we set a target: Double Brandon’s sales in 12 months.

In order for your Afformations to work, you need that level of clarity.

Instead of creating a mantra like “I Am Earning $2X Every Year” and creating conflict, we began to leverage human psychology to get to work:

Afformations Step 2: Form a QUESTION that assumes what you want is already true.

This is the key step to creating Afformations that change your life: Ask yourself WHY the goal has been achieved.

For Brandon, the question was: “Why do sales increase so quickly and easily?”

So often the quality of our lives is a reflection of the quality of questions we ask ourselves, and whether we allow our brains to focus on answering good questions or worrying about big problems. 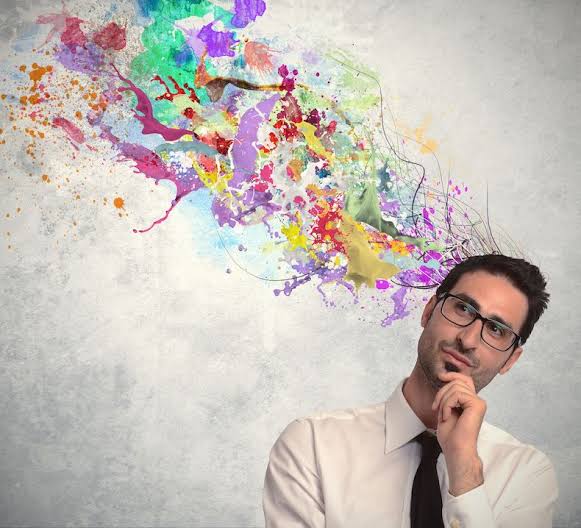 We could allow our minds to run wild by focussing on thoughts like “How can it be THIS HARD to make sales when my product is incredible?”…

And if we do, the next time we get in front of a prospect or lead we’ll be thinking to ourselves MAN! This is going to be really hard work.

(Predictably, you’ll make less sales in that state than if you believe your product is a no-brainer for your prospect to purchase)

Rather than lie to our brains and say “I have made 2x sales this year!”…

We can choose to direct our attention and consciousness towards questions like “Why is it easier to go from 100 to 200 sales than it is to go from 0 to 100?”

(The answer, in case you’re wondering, is because you’d have a customer base who could give you referrals or become repeat buyers)

When you do Step 2 of The Afformations Method, you start to change the quality of your communication with your brain – and it helps you get what you want instead of resisting against your inner dialogue.

You begin to ask yourself new, empowering questions, and stop asking disempowering ones.

Afformations Step 3: Give yourself to the question.

The point of Afformations does not lie in finding “the answer,” but in asking better questions.

When you ask better questions, your mind automatically focuses on things you’ve probably never focused on before — and the results will amaze you.

Instead of comparing yourself to someone in your field who gets extraordinary results and wondering “How can THEY be making so much more money than me when our product is virtually identical?”…

You could spend some time contemplating “Why is selling a lot of products actually EASY and FUN?”

Instead of getting caught up in endless worry and stress around hiring a new staff member, you could pull out your journal and start giving a few answers to this question:

“Why is my life a lot less stressful, and my business a LOT more profitable, when I pay someone to get work done for me?”

The magic in this formula comes not just from switching your focus away from negative thoughts, but by coming up with creative reasons and answers for your brain to take action upon to achieve the goal you’re trying to achieve.

You give yourself to the question by doing things like:

Afformations Step 4: Take new ACTIONS based on your new assumptions.

Even though you may have spent thousands of dollars on “how to succeed” programs, you may have subconsciously assumed they wouldn’t work for you.

That’s precisely why they didn’t.

You might have bought a seat to a mastermind or event and said to yourself “THIS is going to make me rich!”…

But your subconscious mind was thinking “Getting new customers is so hard.”

You may have affirmed that “This year, I’m going to grow my business so I can have more freedom and take more holidays”…

But your brain was conflicted, caught up in the idea that “Running a business is supposed to be hard and stressful!”

But The Afformations Method makes conscious and clear that which has, until now, been subconscious and hidden.

When Brandon started afforming the question “Why do sales double so quickly and easily?”, he started thinking about what someone who had more twice as many sales as him would DO in his position.

He began considering reasons why his job as a salesman didn’t have to be a constant, unpleasant grind of cold calling and rejection.

And – most importantly – he got to work on the answers his brain gave him. 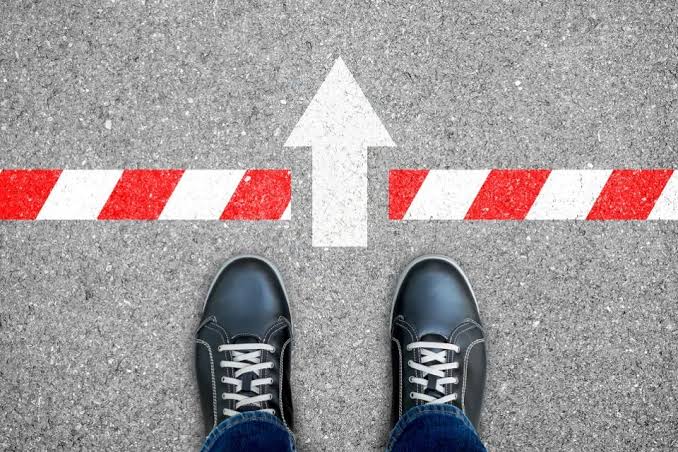 Brandon asked for more referrals because he realised it’s easier for 100 of his current customers to think of 100 people who could use his product than to find 100 people on his own.

Brandon began following up more with prospects who were kinda interested but not fully sold on the idea of his product – because he realised that if anyone is likely to buy, it’s someone who is definitely interested but not sure how it’ll meet their needs.

He was more personable and charismatic with his prospects, because his line of questioning led him to understand that it’s easier for his prospects to purchase from someone they like and get along with.

He didn’t procrastinate or waste time instead of reaching out to potential buyers, because he KNEW that interacting with them didn’t have to be stressful, boring or end in rejection.

And in less than 90 days, his sales TRIPLED.

Those are some specific examples for a salesperson to increase revenue – we’ve compiled a list of five more universal secrets for building wealth here.

Afformations aren’t magic, they’re science. You don’t need to try to trick your brain – I can promise you that it would REALLY prefer if you worked with it instead.

Thousands of people have experienced incredible breakthroughs with Afformations, from doubling their income in 90 days to losing over 100 pounds to finding the love of their lives.

Those kinds of transformations won’t happen without action – and knowing the RIGHT action requires asking the RIGHT questions.

You’ve been told to use “affirmations” like “I am rich” that you not only don’t believe but that actually leave you more frustrated than before.

The new way is to use Afformations — empowering questions like “Why is it so easy for me to double my sales?” that immediately change what your brain focuses on.

Can you see how that puts you in conscious control of your subconscious thoughts? It automatically changes your perspective, which can change your actions, which will CHANGE YOUR LIFE.

Noah St. John, PhD, is the author of the new book The Secret Code of Success: 7 Hidden Steps to More Wealth and Happiness (Collins). You can get the first three chapters of Noah’s Secret Code Book (free) and connect with other Secret Code readers at www.SecretCodeBook.com. For a free 60-Second Afformations Stress Buster, go to www.iAfform.com.

Posted in Articles, Self-Improvement and tagged Affirmations, afformations how or why, how to do afformations, making afformations
This error message is only visible to WordPress admins