The nation’s largest restaurant chains have made a big deal in recent years about introducing smaller portion sizes. McDonald’s eliminated the Supersize menu, while T.G.I. Fridays and others have introduced small-plate items. Yet the restaurants have also been doing something else, with less fanfare: continuing to add dishes so rich that a single meal often contains a full day’s worth of calories.

Here, we show you what roughly 2,000 calories looks like at some large chains. (Depending on age and gender, most adults should eat between 1,600 and 2,400 calories a day.) Researchers have long understood that people are more likely to finish what’s on their plate than to stop eating because they’ve consumed a given amount of food. It’s “the completion compulsion,” a phrase coined in the 1950s by the psychologist Paul S. Siegel. Combine that compulsion with the rising number of restaurant meals Americans eat and the substance of those meals, and you start to understand why we’ve put on so much weight. But there is some good news: As you’ll see below, it’s not so hard to eat bountifully and stay under 2,000 calories. It’s just hard to do so at most restaurants. 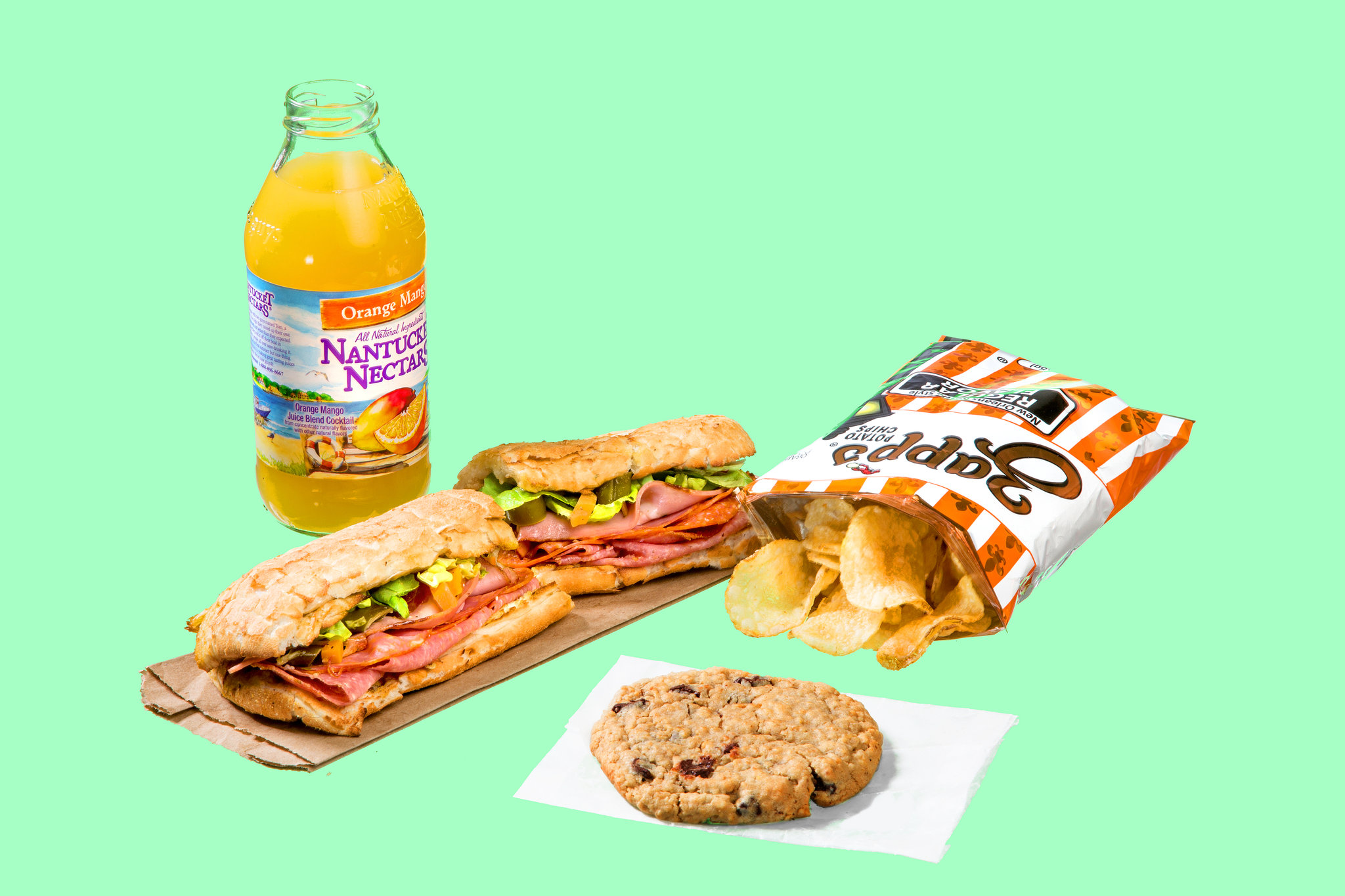 Call these chains high-end fast food: Potbelly, Chipotle and Shake Shack have all succeeded in attracting customers who avoid the Burger Kings of the world. Potbelly emphasizes “fresh, simple ingredients.” Chipotle says its food is locally grown and nutritious. Shake Shack has Danny Meyer’s imprimatur. Yet each can also give you an entire day’s worth of calories, not to mention sodium, in a single meal. 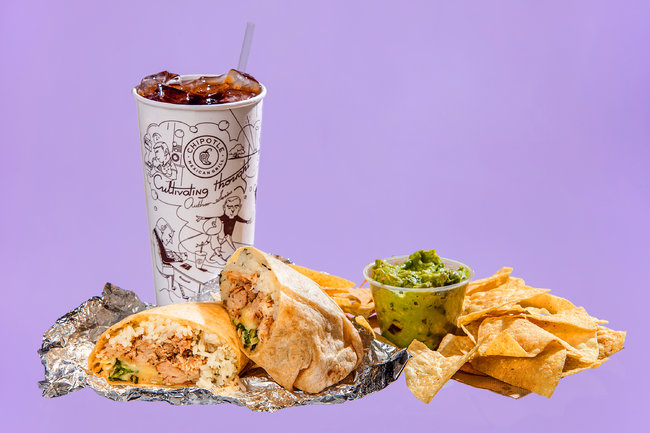 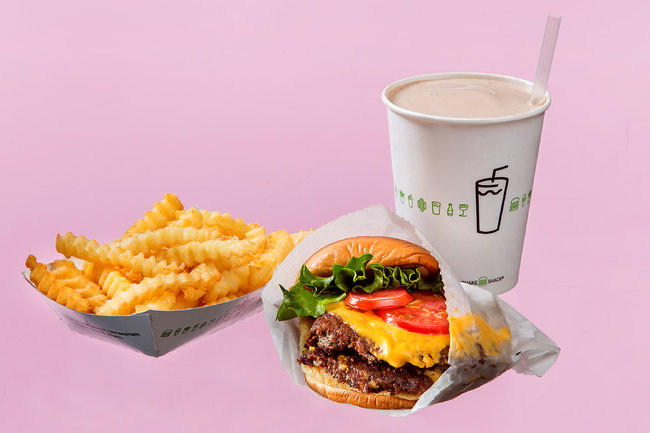 It is possible to eat healthier at each chain. You can have a single burger instead of a double at Shake Shack or order from the “Skinnys” menu at Potbelly, which has sandwiches with fewer than 400 calories. Chipotle says burrito bowls, which leave out 300-calorie flour tortilla, even outsell burritos. But unless you’re going out of your way to minimize calories at these restaurants, you’re likely to eat far more than a meal is supposed to have. 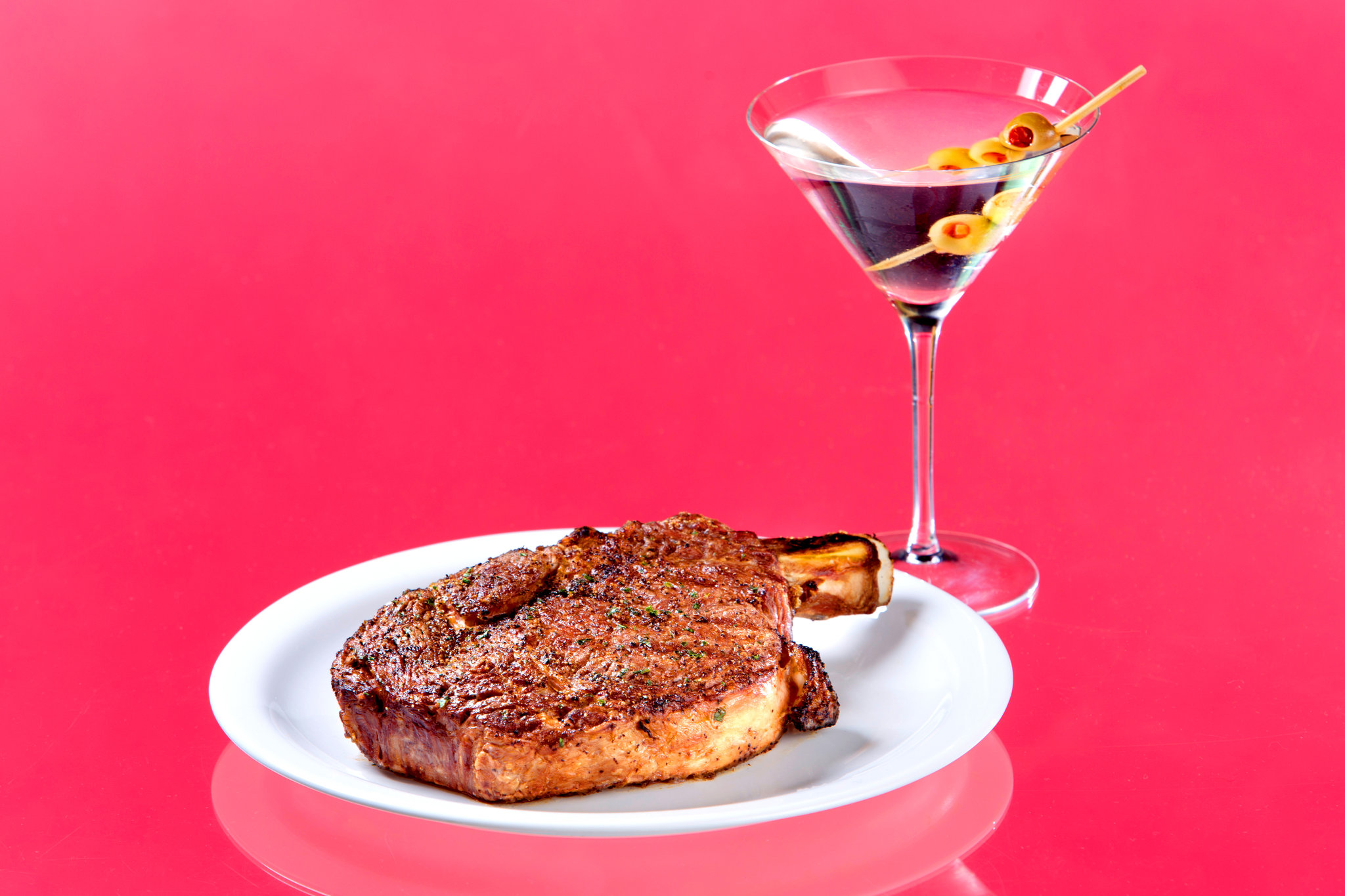 The steak-and-martini is a classic American combination. At the upscale Ruth’s Chris Steak House, it’s also enough to get a typical adult to the daily calorie quota. The steak shown here is the “Cowboy Ribeye,” a generous bone-in portion. 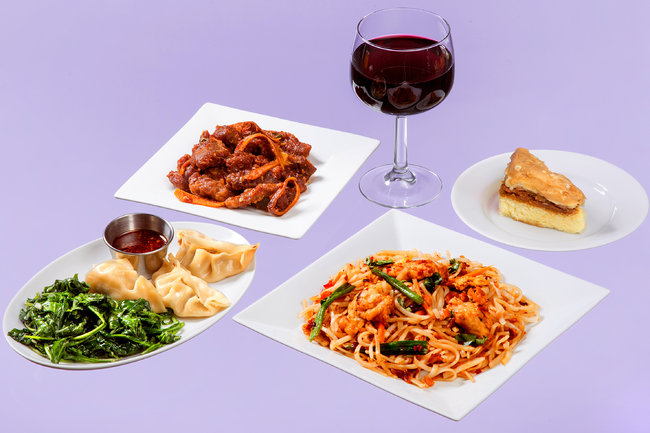 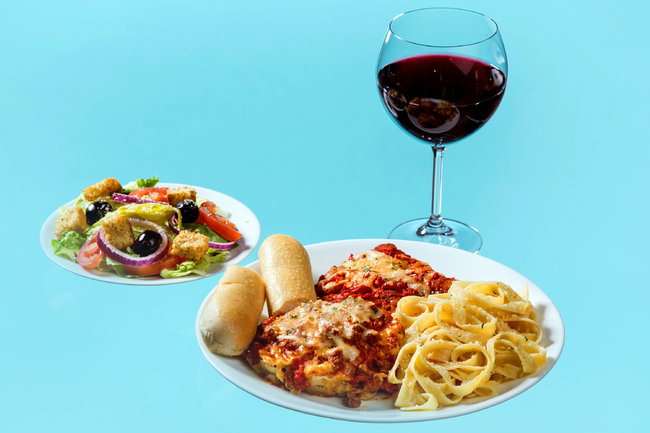 OLIVE GARDEN Salad (150), breadstick (140), Tour of Italy sampler (1,500), quartino of wine (230).
You can get a wider variety of food for 2,000 calories at P.F. Chang’s or Olive Garden, the casual-dining chains. (The main dishes from P.F. Chang’s here are half portions.) But you’ll still be closer to a single meal’s than a full day of food. One of Olive Garden’s investors – the fund Starboard Value – is now trying to change the situation, believing serving good food is a better strategy than simply serving lots of food. “Extreme portion size is inconsistent with authentic Italian values,” Starboard says. 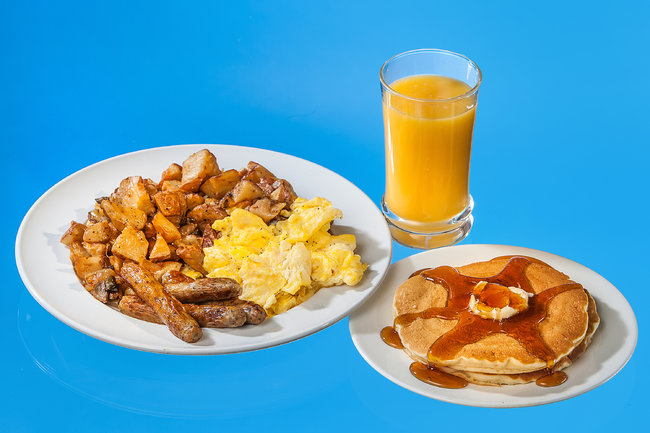 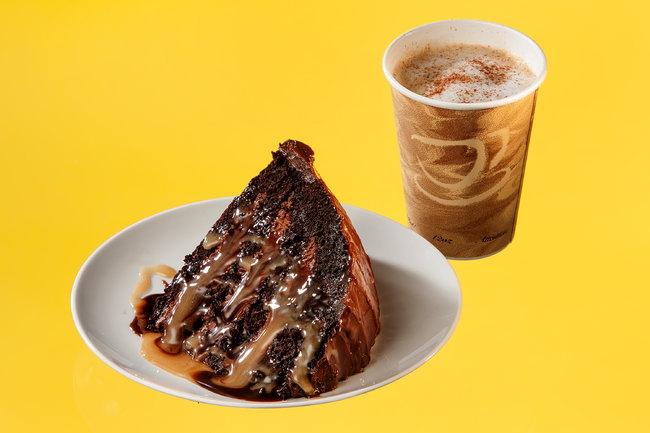 A Breakfast (or Dessert) To Last All Day

At IHOP, a “classic skillet” comes with eggs, potatoes and pancakes — as well as the side sausage option — and is 1,880 calories. Add just a small orange juice to get to your recommended daily energy intake. At Maggiano’s it’s even simpler: Just order a slice of Chocolate Zuccotto cake that’s approximately as large as your head, and wash it down with a cappuccino. 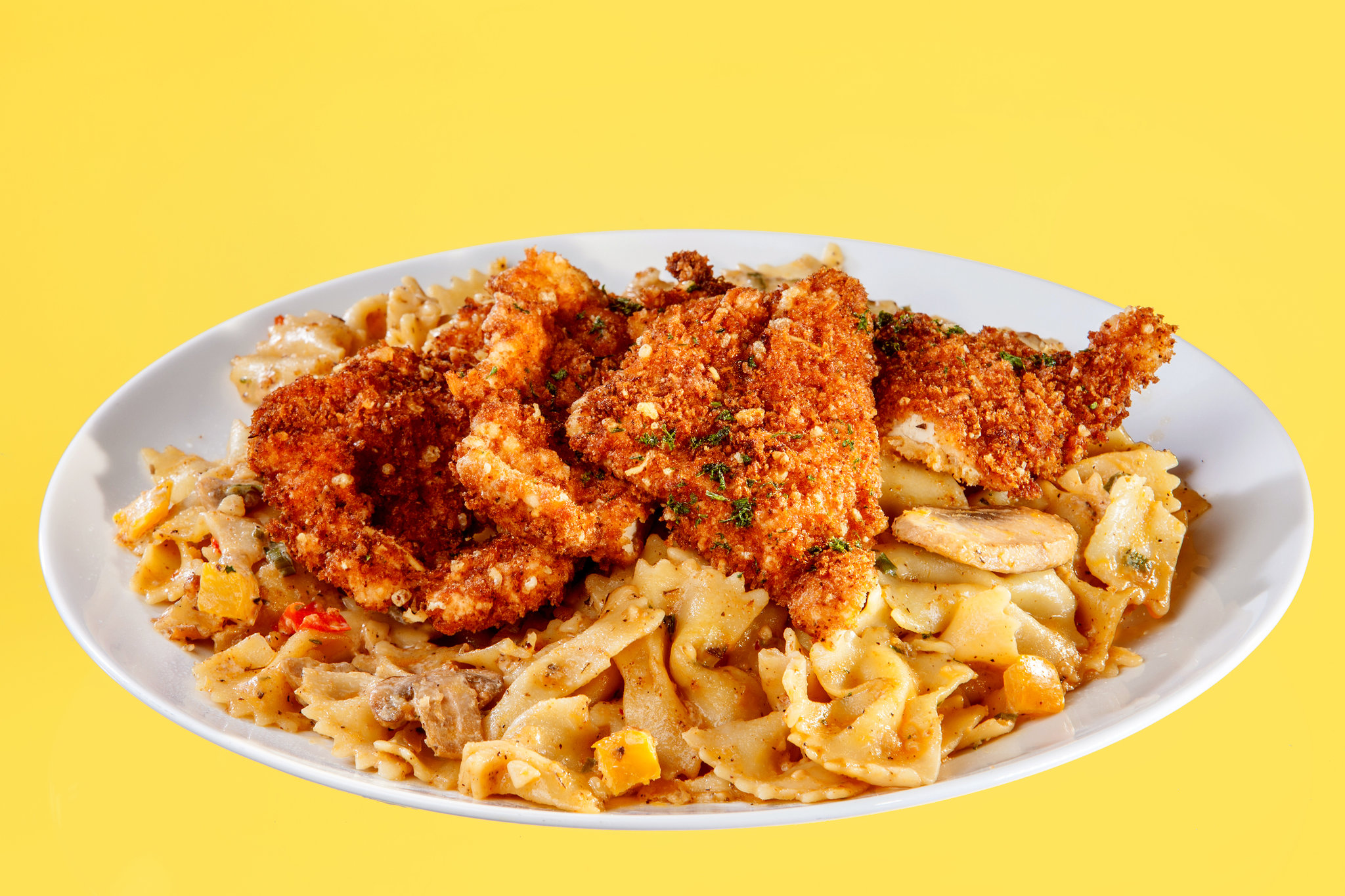 It’s not news that the Cheesecake Factory serves some very high-calorie dishes, but the numbers can still be jarring. Ordering the Louisiana Chicken Pasta is just one of many ways to get more than 2,000 calories in not just a single meal, but just a single dish. In fact, it’s substantially more – 2,370 – which means you can leave food on the plate and still go over your daily quota.

The dish is a calorie bomb: a vast amount of pasta with fried chicken and cream sauce. But as some food writers have noted, lighter options are available at the Cheesecake Factory, such as simply grilled fish. A Cheesecake Factory spokeswoman, Alethea Rowe, noted that the chain’s “SkinnyLicious Menu” has more than 50 options with fewer than 590 calories, making it longer than the entire menu at many restaurants. Or, you could skip the meal and just eat a slice of cheesecake, a lighter option than the Louisiana Chicken Pasta. 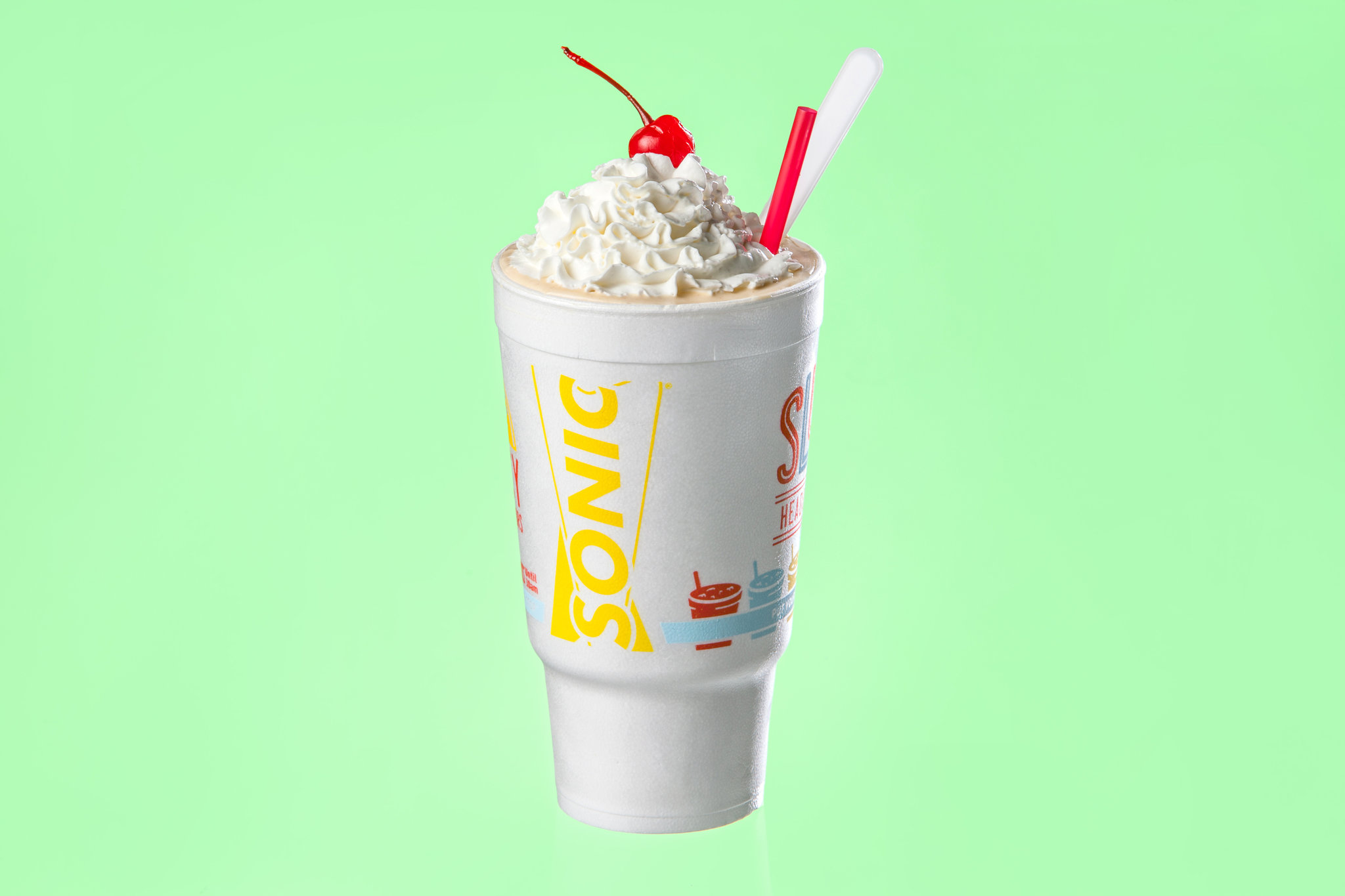 It’s a testament to the American diet that at the 12th-largest restaurant chain in the country – Sonic – America’s Drive-In – there are multiple beverages that will deliver a full day’s worth of calories to a typical adult. The large Peanut Butter Fudge Malt or the Peanut Butter Fudge Shake will do it, and the Banana Cream Pie Malt, among others, will come close.

That’s about 2,000 calories without a single bite of food, unless you count the cherry on top. 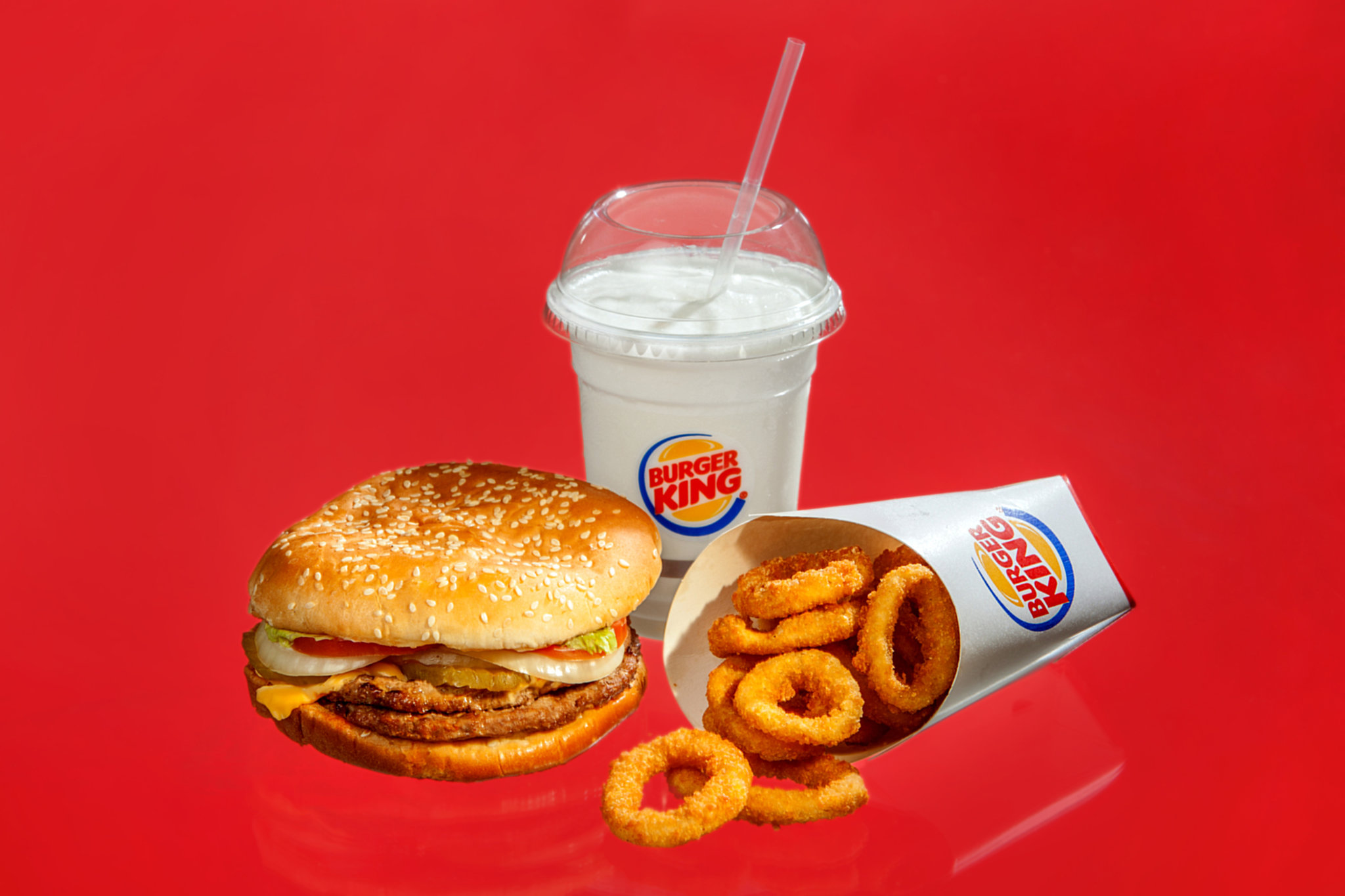 You have to stretch only a little – say, by ordering a shake rather than a soda – to turn a single fast-food meal at McDonald’s, Burger King or Wendy’s into a full day’s worth calories. And it’s not just burgers and fries doing the damage. Chicken, baked potatoes and salads can all be packed with calories, depending on how they’re prepared. 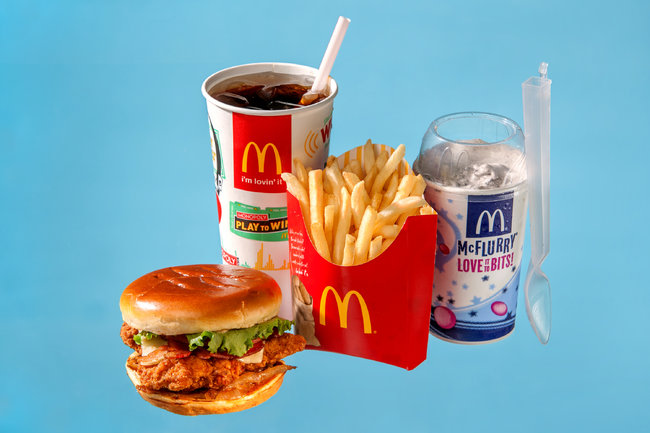 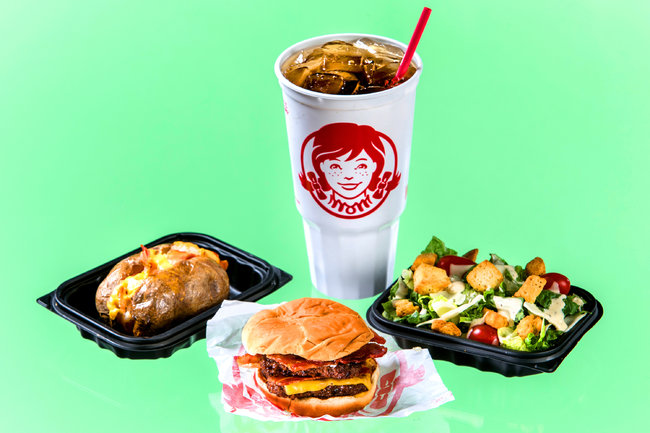 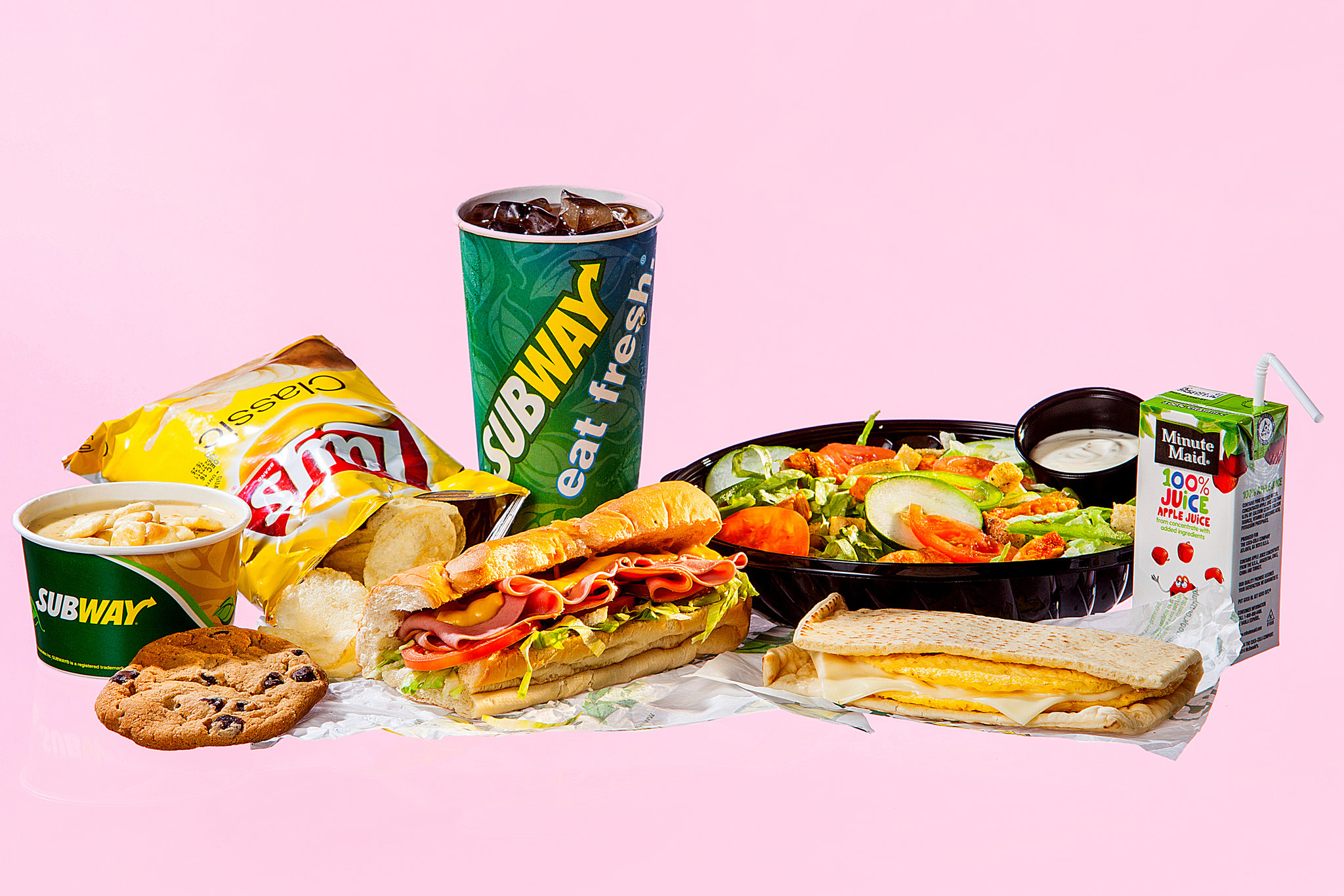 Subway and Starbucks have reputations as healthier choices for fast food, and at both, you can easily eat both breakfast and lunch before meeting your daily maximum. The Subway selections here even get close to being three meals’ worth of food. At Starbucks, the bottom line has benefited from some of the chain’s healthier alternatives. After the company began posting calories, its stores that were near Dunkin’ Donuts had a spike in sales, as calorie-aware consumers began choosing Starbucks instead, a study found. 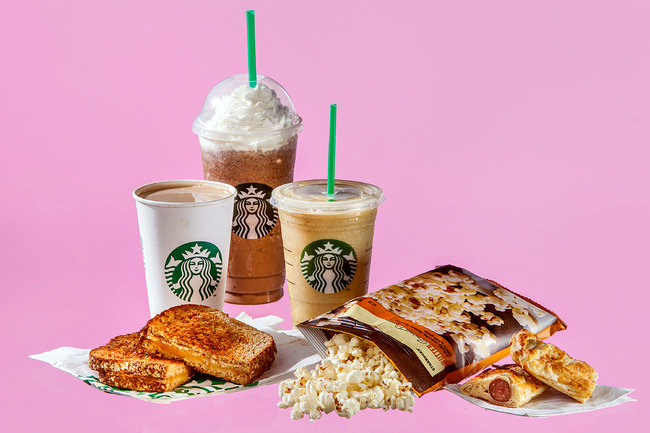 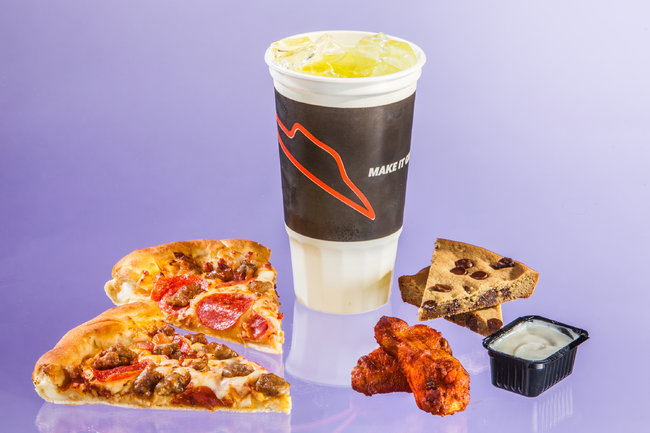 Still, Starbucks and Subway also have deceptively caloric items. Subway’s chopped salad has the always-dangerous ranch dressing. The milk in a grande Starbucks latte without any sweetener has 17 grams of sugar. Pizza Hut, not surprisingly, also has a dairy-rich menu that boosts calories counts. 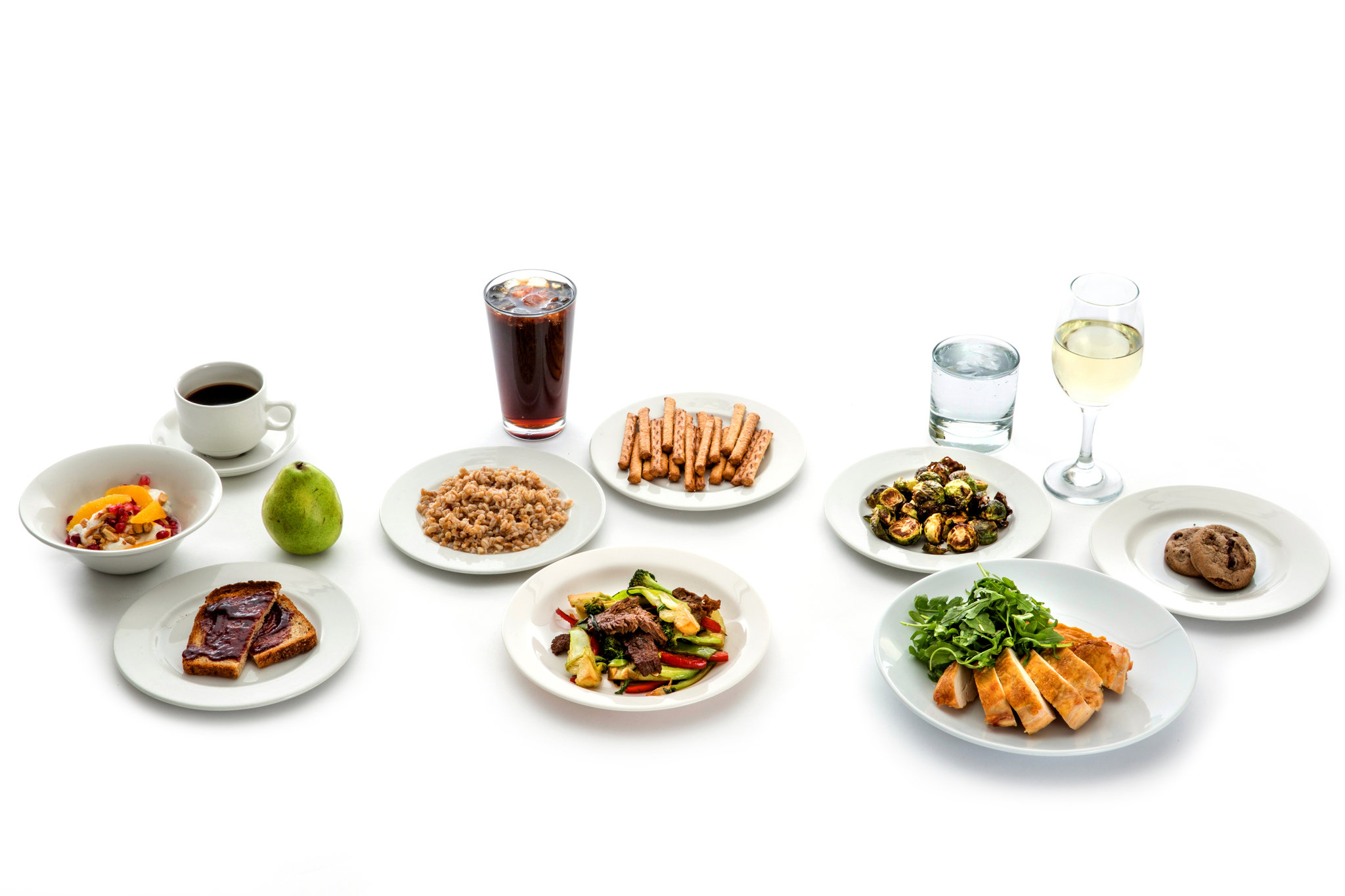 Writers, nutritionists, doctors, chefs and Michelle Obama have all been promoting a hot new diet: home-cooked food. “People who cook eat a healthier diet without giving it a thought,” Michael Pollan recently told Mark Bittman, both authors and advocates of the cook-it-yourself diet. “It’s the collapse of home cooking that led directly to the obesity epidemic.” The magic of the diet, its advocates say, is that it doesn’t mean skimping on portions or going without meat, eggs, cheese, alcohol or dessert.

We asked James Briscione, the director of culinary development at the Institute of Culinary Education in New York, to prove it by preparing some examples of a day’s worth of home-cooked meals totaling about 2,000 calories, everything included. You can see the delectable results. It’s worth noting that you can just as easily stay under 2,000 calories with a simpler daily menu that includes, say, Cheerios, soup, a roll, a yogurt snack, fajitas, rice and beans, a salad, dessert and beverages. Such a menu may take more than time than fast food — which is why restaurant meals can be so appealing for time-stretched lower-income families. But the cost itself doesn’t need to be a barrier: Home-cooked meals are often cheaper than even fast food. 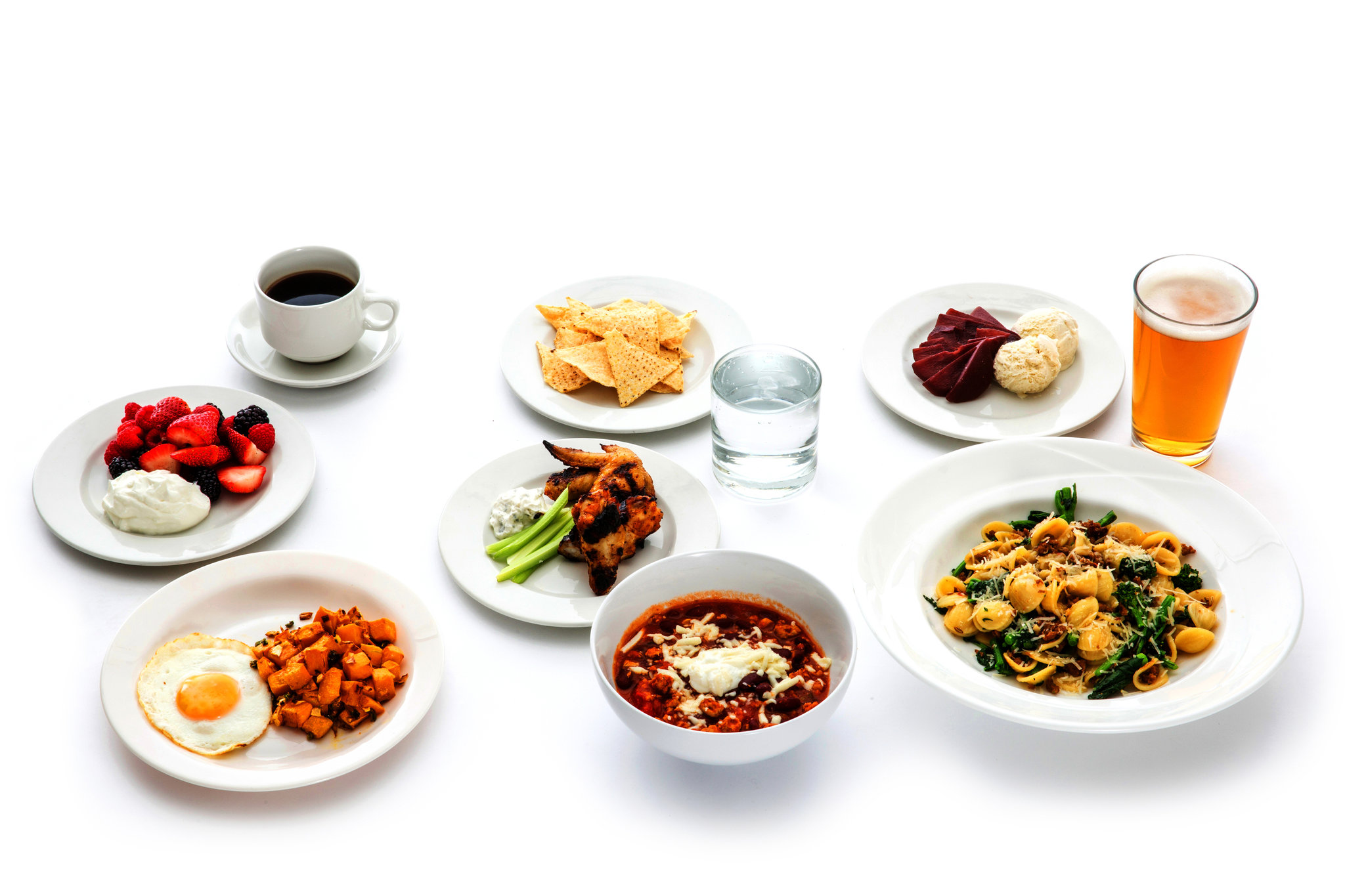