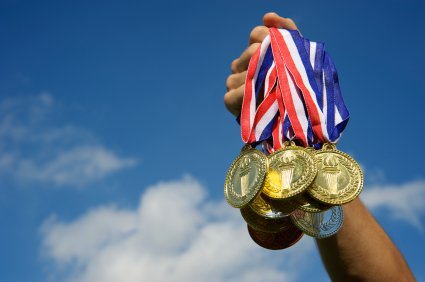 A new movie is coming out this November that you’ll want to see. It’s based on a book I just read by Marcus Luttrell called, “Lone Survivor”. Marcus, along with three other Navy SEALs go on a mission into the mountains of Afghanistan and only one of them survives – Marcus being the lone survivor.

…it required a must win, never quit, never give up attitude.

In his book he talks about how his Navy SEAL instructors always drove home the point, “It pays to be a winner”.

And it was that attitude and work ethic that was engrained in him that helped him escape capture for days (despite serious bullet wounds) until he was rescued.

Now I know that the politically correct rhetoric these days is that we’re all winners… we’re all the same… and that we should all celebrate the “game” and not so much the winning or losing aspect of it.

That’s just settling for mediocrity, which seems to be the new standard for living for the masses.

Or maybe I have higher expectations of myself and my team, but I do believe that it pays to be a winner.

Sadly, far too may people these days celebrate mediocrity.

The new mediocrity has become today’s normal standard of living.

I met so many business owners at my recent Fitness Business Summit who said that before coming to the event they thought they were doing well, but two days into the weekend they realized that they still had plenty of room to grow their business, add more value, raise their prices, and deliver better results to their clients.

It’s only been a week since the event and I’m already getting messages from these same trainers who are telling me that they’ve added more income, clients, and systems into their business.

Good for you them!

You know what the problem was for these trainers before attending the event?

They had settled for the new normal – mediocrity.

They gave up their personal standards and expectations of themselves and accepted good enough.

And coming to a big event filled with other like-minded successful Go-Givers was the “slap in the face” they needed.

It was an epic reality check.

I know how that is… I’ve had that in my own life before.

It’s like when a captain of a cargo ship sets the rudder of the ship off by just one tiny little degree. It’s not much… to the entire crew it seems like the ship is going straight ahead, but after a few hours, that ship is miles off course.

You don’t feel it at first.

You just kind of adjust your lifestyle and personal standards to it, and before long you’ve become plain vanilla…white toast…one of many who are fighting for the same scraps rather than setting the bar high and standing out above the noise.

Now I’ll be the first to admit, I’ve made my share of mistakes. Not every product or service in my business started out perfect.

In fact, back in 2006 when I first created my done-for-you newsletter for fitness professionals, I used computer programmers from overseas. I accept full responsibility for what happened next. These coders, unfortunately, delivered a shoddy website and confusing product. After launching the product, the glitches continued and complaints piled up, and left me with many unhappy customers.

I was issuing refunds and bonus months of membership to minimize the loss of clients. It was bad… very bad. The learning curve was steep. I had never created software before. I had no clue how an enterprise email delivery platform worked. I was out of my league.

And yes, it would have been easier and cheaper to quit, cut my losses, issue full refunds, and move on, but I had 47 remaining clients who trusted me and I wasn’t
going to give up on helping them. You see, my attitude is “Never quit, never give up”.

My wife and I maxed out two of our credit cards and started learning anything and everything there was to know about enterprise email software. I hired a domestic computer programmer that I could reach anytime I wanted.

We kept on pushing.

We got our own email servers and set them up at the same server center that the Pentagon, Motorola, and AT&T use to house their servers. We turned pro.

And we went through the rigorous process of become trusted mailing partners with every email service provider big and small such as Hotmail, Gmail, Yahoo, AOL, and a massive list of others.

Nearly $50,000 was spent (on my credit cards) in just the first two months alone of redoing the newsletter platform. But it was all worth it, and besides, we owed it to the customers that believed in us.

The end result? We have since built the best email delivery platform in the industry with the highest delivery rates. We provide automated content and done-for-you lead generation tools for thousands of fitness experts. We add value to their lives so that they can add value to their client’s lives.

Here’s What Saved Me

But none of this would have been possible if we didn’t start with a winner’s mindset and a never give up attitude. You have to have this from day one, and you have to foster the growth of this mindset by connecting with other like-minded individuals and feeding your mind with inspirational and motivational stories (like I find in books like “Lone Survivor” – your sources of inspiration might differ).

Today we have thousands of fitness experts around the world who use and trust
our services to grow their business day in and day out – and who happily refer our business to others.

But imagine if I had given up.

Imagine if I had quit and settled for mediocrity instead.

Well, imagine all you want, but that was never even a remote possibility in mind.

It pays to be a winner and to have a never quit, never give up attitude. It was this attitude that saved me.

Never ever settle for mediocrity my friend. It doesn’t serve you.

Set the bar high. Reach your goals. And then set bar up higher.

It’s all in your attitude.

I believe in YOU.

How has a winner’s mindset made all the difference in your life? What has it allowed you to achieve? Let us know your BIG achievements.

[Ed. Note. Bedros Keuilian is the embodiment of the American Dream. Arriving in the United States from the communist Soviet Union back in 1980, his family went from being broke to eventually adding value to their new community. Today, Bedros helps over 45,000 fitness experts grow their businesses.  Bedros knows the American Dream is NOT dead, because he is living it right now. So are the folks in this inspiring video – watch it now.]
Posted in Entrepreneur, Self-Improvement, Skill Development, Wealth
This error message is only visible to WordPress admins