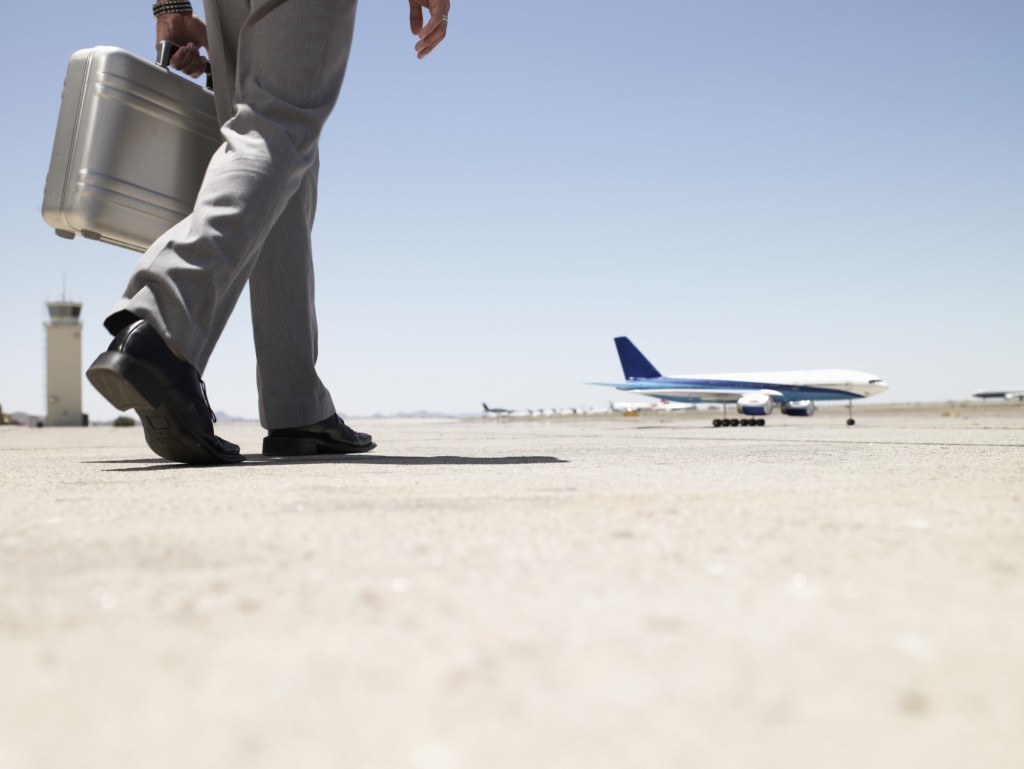 I recently re-read The Secret. Don’t groan. It is instructive. The copywriting on the book jacket alone was worth the $17 spent on Amazon. But there was much more gold to mine in the content and structure of one of the most successful non-fiction books of this century.

More importantly, it gave me ideas for the final touches on my book. The Secret reminded me of the power of stories. The best parts of The Secret were the stories, but when the book focused on facts or wandered into theory, it lost my interest. Stories connect, entertain, persuade, and sell your idea. The power of storytelling is so strong marketers have co-opted the method in books like Storyselling and Tell to Win.

Why was The Secret such a hit? Jaded non-believers say it’s because the book promises something from nothing. Sit in a chair, close your eyes, and you too can attract big checks in the mail, fancy cars, and the best parking spot every time you go to the mall. That all sounds fantastical, if not ridiculous, but the strange truth is I had a true-life experience with “The Secret” just four years ago.

There’s one story from The Secret that stands head-and-shoulders above them all. It’s the story of featured expert John Assaraf and takes place in the office of his new home. His five-year old son Keenan asked what was in unpacked boxes on the office floor. “Those are my Vision Boards”, John said. “It’s where I put all my goals up as something that I want to achieve in my life.”

John had been creating Vision Boards since 1995. Some of them he hadn’t looked at in years, so with the help of his son they began to unpack the boxes. There, on one of the Vision Boards, was “a picture of a home that I was visualizing five years earlier. What was shocking was that we were living in that house,” John said, “Not a house like it – I actually bought my dream home, renovated it, and didn’t even know it. I looked at that house and I started to cry, because I was just blown away. That is the power of visualization.”

If you’re skeptical by nature, your first reaction when you watched The Secret or read the book might have been, ‘Phooey, I don’t believe it for a second.’

That’s what I thought, until something similar happened to me. Here’s my story. I think it’s even better than John’s. But mine comes with a twist, of course, that exposes the Truth About the Secret and the Law of Attraction.

My story begins in 2001 when I stumbled across my first issue of Early to Rise. From that first day I realized I wanted to be “just like Michael Masterson when I grew up.” Each morning when ETR would show up in my inbox, I’d drop whatever I was doing and devour the day’s wisdom and knowledge. The advice from my new virtual mentors, Masterson, Yanik Silver, Dan Kennedy, and others, helped me grow my personal training and online fitness business.

Then one day in 2005, I had an “A-ha” moment. “Why couldn’t I be writing for Early to Rise?” After all, for the previous five years I had been a regular contributor to Men’s Health, Men’s Fitness, Prevention, and several other large fitness publications. And each day Early to Rise published a short health brief in their newsletter. It was the perfect fit.

But this goal required action, not just attraction or manifestation. I tracked down the ETR health editor and made my case. My first ETR “article” was published in November of 2005. For the next two years ETR published my health briefs each month, and sometimes I wrote the daily essay.

In March of 2006 I hired my first business coach, Tom V. He walked me through my first big product launch. His coaching set me on the course to the financial independence I enjoy today, but more important, Tom asked me a question that opened up the universe to helping me achieve my biggest business dream.

In the very first minute of our very first call, “Craig,” Tom started, “what do you want your business to look like in five years?”

“I want to have a business like Early to Rise,” I said.

It was the first time I had shared my vision with anyone, but it was clear. I wanted to give people the exact steps to success that will allow them to transform their lives, physically, mentally, and emotionally. Tom brought my vision from inside my mind out to the universe.

Did this admission start attracting people and money into my life to get me closer to my dreams? The skeptic will shake his head incredulously. But I believe it was a watershed moment. Still, there was a long road – requiring plenty of action – to travel before my dream would become a reality.

Two years later I met Matt Smith in a Mastermind group. This would turn out to be another turning point in my life. Matt and I became quick friends. Two years later, while sitting in the Tucson airport on the way home from a weekend of shooting guns and driving cars at a Safehouse Executive Protection seminar, Matt asked me the same question Tom asked in 2006. I explained my vision to Matt. I remained drawn to the idea of creating a business like Early to Rise where I could share a bigger and better message of Transformation and Life Change than just through my current fitness business.

Matt nodded knowingly, as he often does when you tell him something of importance, and he filed the fact away to work on later. And with that, we went our separate ways. A few months later we caught up by phone and decided to work together on www.InternetIndependence.com. It was just a small venture, but another action in the right direction.

Six months passed, each one filled with more action in the direction of my big goals and dreams. The action led to attraction. It all came together on June 7th, 2011. I was out on the farm with Bally the Dog, preparing for a weekend trip to New York City for the annual Atlas 400 meeting (the Atlas 400 is a social and travel group of like-minded individuals of which Matt and I are members).

Out of the blue I received an email from Matt that said, “If you could own part of and run ETR, would you?” I didn’t know exactly what to think at first, but I answered, “Yes, of course.”

As it turned out, Matt was at an exclusive meeting arranged through his powerful network, and had the chance to spend time with Mark Ford, the owner of ETR. In their conversation it came up that Mark was ready to retire from ETR, and he was thinking of selling it.

Matt knew my dream. Matt – a person I had connected with thanks to taking action and a person that believed in my vision because of the action I was taking – was able to help me achieve the biggest goal in my professional life.

Matt expressed our interest in acquiring ETR. Mark said he’d think about it. But the story doesn’t end there.  Matt and I didn’t just retire to leather recliners to manifest the rest and hope for the best. There was more action to take.

Matt and I immediately changed our post-New York travel plans and flew to Florida to meet with Mark. We had to strike while the iron was hot and prove our interest was genuine. We had to plead our case, negotiate a deal, and earn a shot at my dream. And we did. Action was the catalyst. Action was the difference maker. Action was the answer.

Attraction is just the sexier way of saying it.

So what does this mean? Well, it means Napolean Hill’s words were true. “Whatever the mind can conceive and believe, it can achieve.”

Here’s the real-life Law of Attraction blueprint for how you’ll achieve your big goals and dreams in life.

First, you need to create a vision for your life. (If you need help, watch my free video on creating your vision at www.ANewAmericanDream.com) Once you have your clear vision, you need to share it with positive people. Trust me, positive people exist, and they want to help you. You need to find your Matt Smith, your coach like Tom, your mentors like Yanik, and your role models like Mark Ford.

Once you have shared your vision with the right people, then you have to get to work and be relentless. As Frank McKinney, another one of my virtual mentors says, “take the lunch pail approach” to your legacy. It won’t be easy. There will be tough times and dark days. But you can never, ever give up on your vision and what is important to you.

Every day you must take action in congruence with your vision and continuously connecting with more positive like-minded people to attract exactly what you want into your life. This works for finding love, wealth, and health. It will allow you to design the lifestyle of your dreams.

Rhonda Byrne didn’t sit in a chair and think about making a movie calledThe Secret. She got off her duff and worked like the Dickens to create it. Tim Ferriss didn’t work four hours per week to get his book, The Four Hour Work Week, to the top of the New York Times bestseller list. And I didn’t just tell a couple of friends I wanted to run Early to Rise and then wait for them to hand me the keys to the shop. Rhonda, Tim, and I have all put in our time down in the salt mines of success. And if you join us, you can have exactly what you want in life, too.

For some reason I was meant to get up this morning and tell this story. Maybe it was meant just for you. Maybe this is the blueprint and the words of advice that will give you the reassurance to know you are on the right track. I hope so. Even the most pragmatic amongst us must admit the world works in mysterious ways.

It’s now 4:55 AM. I suppose I could go back to bed and hope the Law Of Attraction brings me success. Or I can take a quick break, walk ol’ Bally the Dog, and get back to work – knowing the Law of Action will attract the great people and results into my life. I think you know the decision I’ll make.