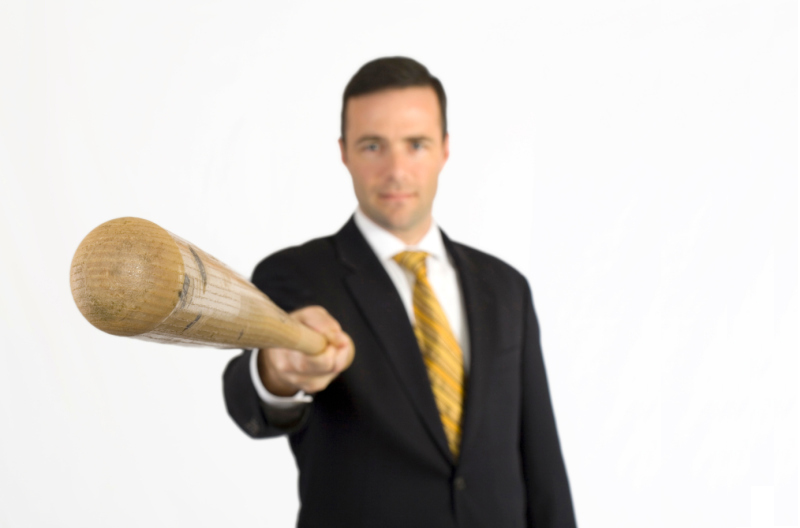 He’s rich, powerful, respected and proud of the fact that he has the same best friends since he was an early teenager.

Nothing was handed to him; he earned it all.

If you ask him, as I did in 2011, he’ll tell you his achievements all come down to the consistent application of his “greatest secret to success”.

Think of it like a formula for gaining power and just about anything else you want in life. This formula can work for you. I’m sure of it. It can turn you into a powerful, wealthy businessperson if that’s what you want. It can get you elected, if that is your goal. It can even help you find the love of your life.

However, here’s the catch…

You’ll probably reject it as too simplistic.

Most people do. You’ll see it as risky. You’ll have to start giving a lot more of yourself and, odds are, you won’t want to do it. You’ll think it’s unfair so you won’t really try.

Nevertheless – if you can get over yourself, apply and evolve the formula over time, you can have virtually anything you want.

Here’s how it works.

Early in life, you probably discovered there are only two ways to get what you want.

1) You can try to find a way to take what you want.

2) You can find a way for the things you want to be given to you.

Of course, ‘taking’ can often be unethical so that’s not a long-term formula for success, which leaves us with convincing people and the world to give us things.

How does one encourage the world to give its fruits?

It sounds a bit harsh when put this way, but it’s true: much of life is transactional.

We must give to get.

If I want something from the world, I know I have to earn it. Whether it is love or a job or even a pleasant greeting from someone, you can have it all if you’re willing to give in advance.

As my rich and successful friend put it, “If you want people to do nice things for you and be a part of your life, you must always keep the ‘friendship bank’ in the black.”

“Giving to Get” is the first step in developing a value creation disposition. Value creation is the secret to getting everything you ever wanted.

You will make great progress in all areas of life simply by developing the habit of always asking yourself, “How can I add value to this person/situation?”

It won’t come naturally. It will require focus and training as you learn to set aside your desires so that you’re more objectively able to help others.

A Giving to Get approach can take you far in life. Most of the successful folks I know have mastered at least this step.

Giving to Get, or giving first and hoping for benefits later, is the root of all successful relationships. Give love if you want to receive love. Give a kind word first if you’re hoping for one in return. Give trust if you hope to be trusted. Give your full faith and effort toward common cause if you want the same.

Giving to Get vs. Going to Bat

Giving works all the time, but most people feel it’s risky so they hold back. That’s precisely why the Give to Get crowd finds much greater success then average. Being willing to take on the little bit of risk and give in advance moves Give to Getters up the ladder quickly.

Giving to Get is effective and is why, unfortunately, most folks stop here, at step one, thinking they’ve reached the top. This tactic produces results, but only in relatively tiny ways and in limited circles.

The truth is, Giving to Get is superficial.

It’s a start, but it’s the two dimensional version of value creation… productive in the short term and simply unwise in the long game.

[The “long game” is a topic for another day, but trust me, this is the game you want to be playing.]

So, what’s better than giving to get?

Try this for a change.

Try going to bat for someone.

Look to a friend or colleague who’s been struggling to beat back some demon or overcome an overwhelming obstacle. Steel yourself and say to them, “Don’t worry. I’ve got this one.”

I’m suggesting you do this without regard for any gain on your part. I’m telling you to throw down for them. To go to the ends of the earth for them. To back them up in their time of need.

Make their plight your own, not to be swept up in the drama of it, but to sweep it aside for them as a demonstration of your power and love for that other person.

In his words, my rich friend advised, “It is truly amazing how learning to be generous, at all times, can change your life. As you know, it’s not an effort to ‘buy’ people — that doesn’t work. It’s just an effort to let people know that you’re not ever going to ‘take’ from them. And that their being with you — whether it’s dinner out on the town or working in your company — is always going to be over-the-top.”

Try going beyond the Give to Get step and see what happens.

[Ed Note: Cooper is the CEO of a 9-figure publishing company, and prefers that we don’t use his full name. He overseas a team of 250 employees, many of them spread out across America in satellite offices. Cooper cut his chops traveling America working for little-known multi-millionaire CEOs, and developed his organizational and coaching skills in one of those popular student franchise businesses. He’s conducted over 1,700 employee interviews and over 3,000 weekly meetings. His wisdom on helping you advance in your career is second to none.]
Posted in Careers, Internet Business, Skill Development, Wealth
This error message is only visible to WordPress admins