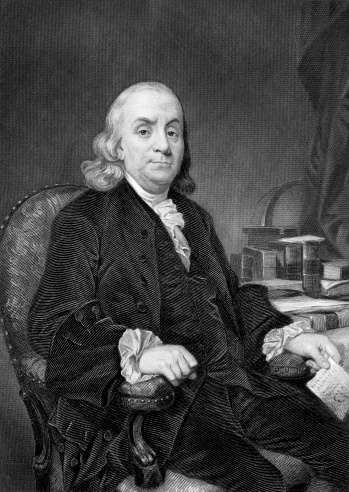 “If some people are so hungry for a feeling of importance that they actually go insane to get it, imagine what miracle you and I can achieve by giving people honest appreciation this side of insanity.” – Dale Carnegie, How to Win Friends & Influence People

Have you ever noticed that those who have mastered “people skills” seem to get more of the results they want, and are able to do so in such a way that everyone involved feels like a winner?

That’s important because if you attain the desired results through coercion, bullying, manipulation or fraud, not only have you done something morally reprehensible, you certainly won’t have that person as an ally in the future. And, in today’s day of social media there’s a good chance a whole lot of people will quickly know about it as well. The result? Any semblance of trust and positive reputation you’ve attained thus far will go out the window.

While talent and competence at what you do is hugely important, it’s often not the difference-maker in terms of success. After all, how many talented people – while certainly achieving a very legitimate level of success – never seem to go as far as they potentially could? And, how often to they seem to be surpassed by those who are either similarly talented or – often – nowhere near as talented? But that person does seem to just have a way with people.

Typically, however, this “way” is not as natural as it looks but rather is learned. At least, that’s how it was for me and many of the people I know who others would look at as masters in this regard. That’s not to say that certain people aren’t inclined to excel in this area. It’s just not the norm. And, many of the best took it upon themselves to study and learn this important aspect of both personal and business success.

One such person was one of America’s Founding Fathers and one of my true heroes in so many ways. Ben Franklin – while filled with potential – found that many of his traits and characteristics were harmful to his success, and one of them were in how he dealt with others.

So, as part of the self-training course that he invented (along with just a few other things he would invent over his career), he included a section on how to deal with others in a way that served in a much more positive manner both him and those he dealt with.

Included were a number of tried and true methods. Let’s look at just one of these.

It Seems Very Counterintuitive, Doesn’t It?

We so often talk about giving before receiving, and that is certainly a very important aspect of helping a person to feel comfortable with you, and want to do for you. Whether in social relationships or sales, being the first to reach out is an extremely effective human relations strategy, as well as just a generally nice way to be.

But, there’s also a “reversal” to this. And Dr. Franklin shows how taking this opposite approach can have excellent results as well.

In his book, Autobiography of Benjamin Franklin and Other Writings, the inventor, statesman, and diplomat tells of an incident with a man who opposed his being re-chosen as Clerk of the General Assembly of the Pennsylvania House.

Although he did manage to keep the office, Ben knew that this person, whom he described as “a gentleman of fortune and education with talents that were likely to give him, in time, great influence in the House,” could be trouble later on. He aimed to insure that didn’t happen by “making, of an enemy, a friend.”

Let’s let Ben tell us how he did it:

“I did not, however, aim at gaining his favour by paying any servile respect to him, but after some time took this other method. Having heard that he had in his library a certain very scarce and curious book, I wrote a note to him expressing my desire of perusing that book and requesting he would do me the favour of lending it to me for a few days.

“He sent it immediately – and I returned it in about a week with another note expressing strongly my sense of the favour. When we next met in the House, he spoke to me (which he had never done before), and with great civility. And he ever afterward manifested a readiness to serve me on all occasions, so that we became great friends, and our friendship continued to his death.

”This is another instance of the truth of an old maxim I had learned, which says, ‘He that has once done you a kindness will be more ready to do you another than he whom you yourself have obliged.’ And it shows how much more profitable it is prudently to remove, than to resent, return, and continue inimical proceedings.”

Understand that both ways work (giving first and receiving first); it’s just a matter of judging the method that will work best depending upon both the situation and the other person involved.

Either way, what Ben said in his final sentence makes a whole lot of sense. To paraphrase: “We’re better off making a friend than keeping an enemy.”

While influence itself is simply the ability to move a person (or persons) to a desired action, to the degree you can do that while helping the other person to feel good about themselves, about the situation, and about you, that’s the degree that you will find yourself obtaining buy-in and commitment on an ongoing, consistent, and even predictable basis.

And that is – what I call – Ultimate Influence.

Have you read Bob’s book, “The Go Giver”? It’s one of Craig Ballantyne’s top 10 recommended books. Click here to give us your review of The Go Giver.

[Ed. Note. Bob Burg speaks at corporate conferences and entrepreneurial events. His books (which include Endless Referrals and The Go-Giver) have altogether sold over a million copies. His newest book is Adversaries Into Allies: Win People Over Without Manipulation or Coercion. To get Chapter One, visit www.burg.com While there, check out his Go-Givers International Membership Community.]
Posted in Self-Improvement, Skill Development
This error message is only visible to WordPress admins