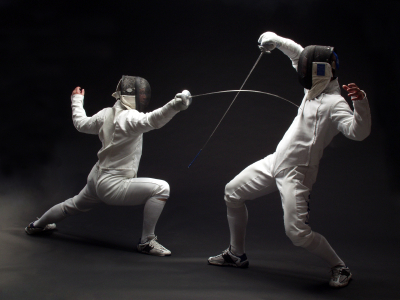 The 16th U.S. President, Abraham Lincoln was one of the best when it came to mastering the art of positive persuasion – what I often refer to as, Winning Without Intimidation. He knew how to make friends out of enemies, and keep conflict to a minimum. I believe the following story is an excellent example of the president’s abilities in this regard:

“…{On one occasion}, when another official sharply criticized Lincoln’s judgment, the president responded to a reporter’s interrogation by saying he had great respect for the other man, and if this official had concerns about him, there must be some truth to it. Such discretion disarmed divisiveness that was intended to draw Lincoln into side-skirmishes, it won the hearts of his friends and foes and it allowed Lincoln to maintain focus on more important issues.”

What Lincoln did was to utilize the tactic of “deflection.” This means to softly “parry” a strong challenge or accusation, deflecting it into another direction where it is now harmless. Allow me to explain by way of a boxing analogy.

If you watch a boxing match you’ll notice that when one fighter throws a jab (a straight punch, usually with the left hand) the intended target will, very coolly, simply wait until the punch almost reaches him. He’ll then just parry it away with his right hand by using only a very slight flick of the wrist. The “rub” is that, the harder the punch is thrown, the less effort it takes to deflect it into a harmless result.

This is what Lincoln did, and what you can do, as well.

Use The Other Person’s Force…To Your Advantage

When someone says something to you, or about you, don’t fight it, battle it, or try and stop it. It won’t work. In fact, it typically will have only the opposite effect of drawing you more heavily into the confrontation and providing fodder for the conflict. Instead, do what Lincoln did. Compliment the offender and leave him and his comment without power to harm you. You can do this one of two ways:

1. If you’re told what someone said about you, then, like Lincoln, express your admiration for that person and suggest that, “If Pat said it, it’s something I should at least look into.”

Another positive consequence of this is that often your kind and complimentary words will make their way back to Pat, who will now have a newly-found respect for you and think of you (and feel about you) much more positively than before.

If something is being told to you that is meant to be offensive or disruptive, directly acknowledge to the person that he/she may just have a point and it’s something you need to consider.

If that’s not appropriate, simply thank the person for bringing it up. You can then decide whether or not a further response or explanation is necessary. An excellent parry, or deflection, is to simply say, “That’s a good question” or “You make a valid point.”

Don’t Confuse This With Being A Doormat

Please understand and keep in mind: I’m not saying not to answer and/or stick up for yourself. Taking a definite position might be very necessary. What the deflection does, however, is keep it impersonal. It allows for positive detachment so that the answer can be of best service to everyone and not indicative of negative personal feelings.

Here are three practice exercises you can do over the next week to strengthen yourself in this area:

And, the following is perhaps the most powerful of all ways to prepare:

Mentally rehearse a situation in which someone verbally attacks or criticizes you or passes along a similar remark from someone else as in the example with President Lincoln.

See yourself, in your mind’s eye, responding with calmness and serenity, completely in control of your own emotions and thus, in control of the situation. Your response is a perfect parry; a smooth deflection that leaves everyone feeling good about themselves and the situation. Imagine how terrific you feel afterwards.

If you can do it in your mind, you can do it in a real-life situation.
Just as an astronaut training for a mission goes through numerous simulated missions before ever actually going into space, you’ll find rehearsing in your mind before the event ever takes place puts you nine steps ahead of the game…in a ten-step game.

When you become really good at doing this, you’ll find it to be one of the most self-empowering (not to mention, fun!) aspects of your interpersonal communications.

And, you’ll be the one that others see as a master of people skills and persuasion, and a person of powerful influence.