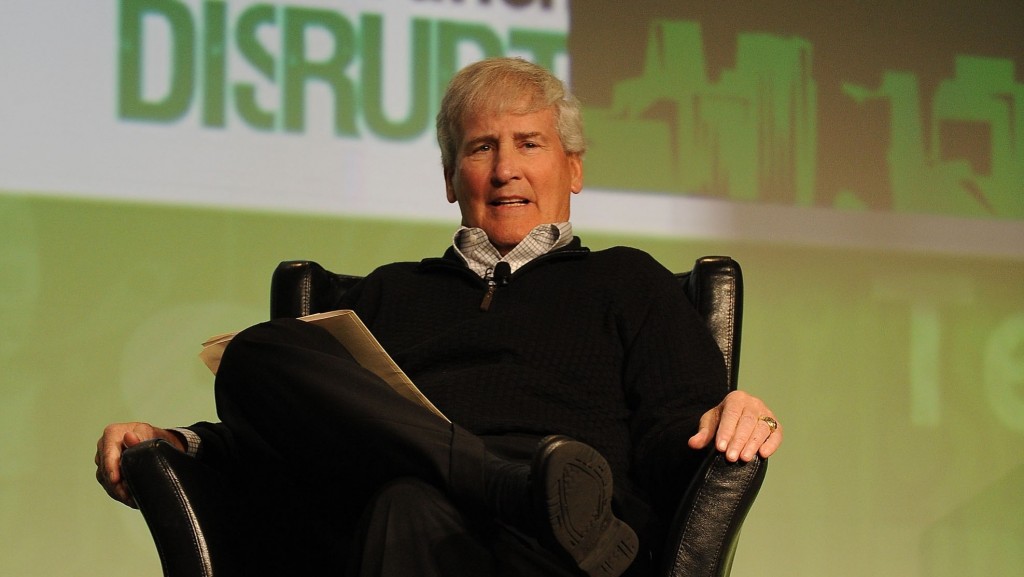 Bill Campbell, known as the “Coach of Silicon Valley,” passed away on Monday, April 18th. I never had a chance to meet this man, as our worlds didn’t cross paths, but he was — and remains — a role model to me.

Campbell was a mentor to many of the biggest names in tech, including Steve Jobs, Jeff Bezos, Google’s Larry Page, and leading Valley venture capitalist, John Doerr. He was also known for being a Go-Giver and connecting the big players that shaped the burgeoning tech industry in the 1990s.

But he came from humble beginnings.

“My dad was a tough bastard,” Campbell said. “We had one car when I was a kid, and my mom used to drive us down to the mill to pick him up. He had worked the midnight-to-8 shift, and would come out in a jacket and tie, and we would drive him to school, where he would teach all day. He would go home after teaching and sleep for a few hours and then go back to the mill.”

Campbell began his working career as a football coach at Columbia University, where he starred on the team as a 165-pound linebacker in the early ’60s. After coaching he joined Eastman Kodak before being recruited by Apple’s CEO at that time, John Scully, to become the vice-president of marketing. Though Scully left the company soon after, Campbell stayed and played a role in Apple’s turnaround under Steve Jobs.

Remarkably, Campbell did much of his business mentoring for free. For example, at Google, despite coaching Larry and Sergey Brin, and being instrumental in the hiring of former CEO, Eric Schmidt, Campbell “never had a formal financial relationship with the company,” Schmidt said.

Being a mentor is a role I’ve relished like Campbell did in the Valley. It’s incredibly rewarding, not just from the personal satisfaction of seeing your student grow and succeed, but also in the transformation that it brings to you, the coach.

Recently one of my coaching clients came to me for advice. Three years ago he had started from scratch, on the verge of being broke and homeless, and since built a thriving business. But in the past few weeks, his personal and professional growth had stagnated. He was becoming complacent and his hunger for improvement was satiated. That’s why he reached out for help.

Here’s the solution I gave him. It’s seven things that he should do, that I should do, and that you should do in honor of Bill Campbell’s memory.

I told my client, “Take on a mentee of your own. It’s time for you to become the mentor.” Here’s why we should all do this. Becoming a coach accomplishes seven things.

1. You will become better at what you do. The teacher always learns more than the student.

2. You will stop living as a hypocrite. When you tell someone to do better, to act in congruence with their goals, to take action, and to change the lives of others, it’s impossible for you to coast. You will push yourself harder and you will live up to your standards.

3. Not only will you live up to your current standards, but you will raise the bar for yourself.

4. You’ll get re-energized. I love teaching young and/or ambitious people (of all ages) because they have so much energy and enthusiasm. They are not jaded. They are open to new ways. As coaches, we have the ability to open their eyes to a better future. This is why I have enjoyed working with you and the thousands of other men and women I’ve coached over the years.

5. You’ll stop being selfish and you’ll start thinking about others first. Just like you did when you started serving people.

6. It will be a great challenge and competition. Chalk it up to youthful enthusiasm and naivety, beginner’s luck, or whatever you want, but your mentee will do things that you thought impossible. They will make you question your own limits and encourage you to push past them.

I experienced this when my then-coaching client, and now good friend, Joel Marion went from being my student to having a record-setting fitness industry product launch in his first attempt. He’s since gone on to build a 9-figure business in the last five years. Before Joel I would have thought none of this possible. But he’s expanded my thinking and made me set the bar higher for myself.

7. It will encourage you to study harder and become a student again. You’ll re-connect with your past mentors for advice, and you’ll continue this virtuous cycle, making both you and your mentor better.

The first thing you should study is my Perfect Life system. Join me here and I’ll coach you through the exact system for free. I’ll give you the exact guidance you need to get out of your comfort zone and back on track to reaching your peak potential.

Until then, start coaching. Get an intern. Take someone under your wing.