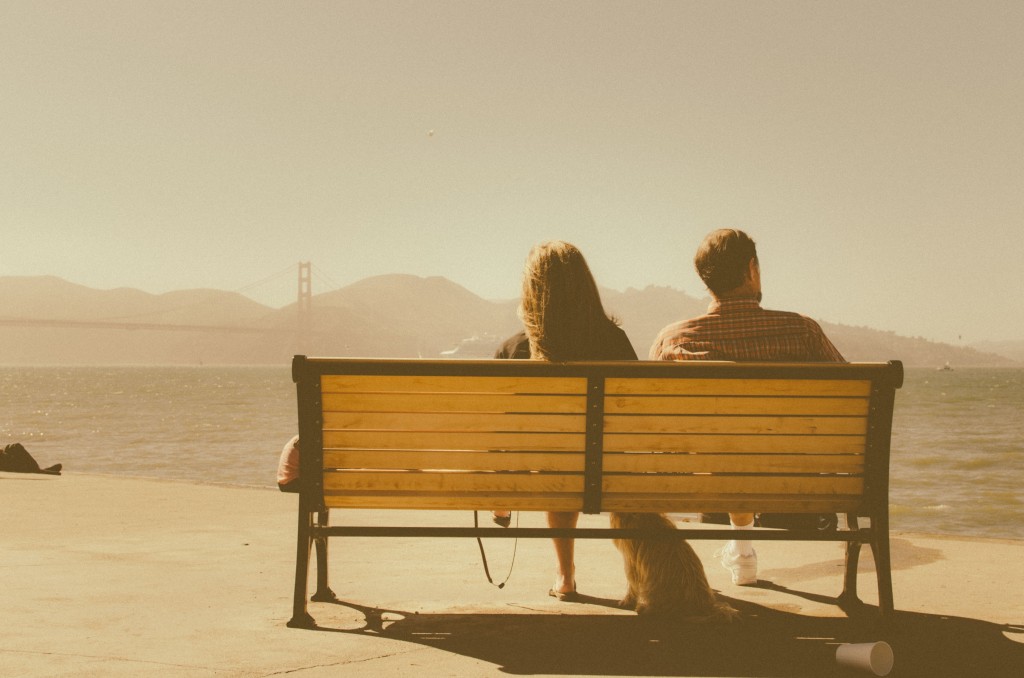 Last month, I shared with you five important ways you can nurture your children throughout their lives and help them feel good about themselves while also strengthening the family bonds.

This month we will continue with five more nurturing acts that affect your children.

Every morning Curt met his dad for coffee before they each went into their offices on opposite sides of the building.

Curt worked in the family business so he saw a lot of his dad on a daily basis.

Evidently, their intimate familiarity with each other led his dad to believe he could say anything he wanted to Curt without thinking of the repercussions. Whenever he felt like it, he reprimanded Curt – even in front of others. He made subtly snide and cutting remarks, paying no attention to who heard. From time to time, he even told stories about Curt that embarrassed the son in front of his colleagues.

Curt’s father seemed unaware of the damage his behaviors were having on his relationship with his son. But Curt felt the jabs and began to resent his dad. They were headed for trouble unless his dad could learn to treat Curt with more respect.

That’s not how to treat your children. As I wrote about in our first article, what you need to do is: Show confidence in them, give them support, learn to listen intently, spend time with them and allow space for them to fail. Here are five more ways:

1) Approving of Your Children

I have never met a child – at any age – who didn’t want to feel the approval of his parents.

Sadly, Curt’s father didn’t understand this basic principle. Instead of using their time together to build up his son, he tore him down. Certainly, as the boss, he had the right to give legitimate feedback and to critique Curt’s work. But it wasn’t Curt’s work that he found fault with. It was Curt himself.

His comments were often sarcastic. They attacked his character. Rather than feeling nurtured, Curt felt denigrated.

If you humiliate your children, your future with them will not be rosy. In fact, humiliation is a predictor of relationship failure.

But if you let them know how much you value them and appreciate them, your relationships will last a lifetime. They will bring joy to you and your whole family.

Let’s face it. Parents and children – no matter what age – have a unique relationship. A friend, a co-worker or even a random person on the street can say something to your son or daughter and it has little impact. But when you say it, it can cause a blow-up.

That’s because the comments you make are often triggers. These trigger comments remind your child of some hurt or unpleasant event from long ago in their childhood that was never dealt with then and still causes them pain today.

Let me give you an example from my own family. When my daughter Carol was in high school, her style was to do her homework at the last minute. Since procrastination was not my style, I often prodded and nagged her, giving her the message that I didn’t believe she was mature enough to manage her own homework.

Now, 20 years later, if I question her about some concern I have, she admits that she sometimes overreacts. She knows my question is a trigger because she reacts out of proportion to the comment I have made. Her first thought is that I still don’t believe in her, and it’s hurtful to her.

It isn’t true, but that’s how she feels. We’ve talked many times about how I trigger her. Our conversations are open and comfortable but also very important. Talking is the only way I know to help you recognize when you’re touching a sensitive subject and to help your kids heal from these triggers.

Your children feel understood, cared for and nurtured when you open up dialogue about things that matter to them and when you acknowledge your part in what has been painful to them.

This may be too difficult to do without professional help because triggers are deeply rooted and emotionally laden.

Most of us don’t automatically have the skills required to have these productive but difficult conversations on our own.

Working through triggers with your kids is a worthwhile task. The positive result of clearing out bad feelings from the past will overflow onto their spouses and create more comfortable and harmonious relationships in your entire family system.

Have you ever gone to a high school reunion, bumped into the snobbiest girl in your class and found yourself shocked at how genuinely nice and thoughtful she had become? She grew up. She matured into a different person than she had been as a teenager.

The same thing happens to your own children. Maybe they seemed lazy as a kid. Perhaps they were irresponsible or mean to their siblings. Or shy. That doesn’t mean they are the same as an adult.

It’s easy to put your kids in a cubbyhole and assume they are still the same as they were 20 years ago. By interpreting their current behaviors through lenses from their childhood, you do your kids a huge disservice.

The danger of holding on to preconceived notions of who your children are, or what they should do in their careers, is that it freezes them in their past. Even worse, your assumptions are probably wrong.

Heidi was shy and reticent in high school. Perhaps because she was a late bloomer, her mom stepped in and took charge, telling her what to do and how to do it. Heidi didn’t begin to learn who she was until she went off to college. Out from under her mom’s control, she became a veritable fireball – confident, assertive and capable.

But when she went back home, her mom still treated her like the child she had been. Needless to say, it annoyed Heidi.

Regarding your adult kids as children is demeaning, degrading and disrespectful. It’s the opposite of nurturing.

Instead, open your eyes to constantly learning who your children are becoming and celebrate the progress in the journey of their lives.

4) Standing Up for Them

Max was 30 years old before he had the courage to tell his mom he had been molested when he was a middle-schooler at summer camp. Mom barely responded.

Then Max remembered that his parents had never stood up for him when he was bullied in elementary school or when he was singled out as a troublemaker at a high school party he hadn’t even attended. They didn’t protect him. They didn’t fight for him. He didn’t even know if they cared. To Max it felt like betrayal.

Max realized he’d always been on his own. It was as though his parents didn’t want him to rock their otherwise perfect world, so they just ignored his problems and let him deal with them on his own. He didn’t feel nurtured as a child.

He still doesn’t feel nurtured as an adult. Lindsay’s parents, on the other hand, showed great concern for their daughter when Lindsay relayed how she had been laid off from her job. They were irate because she was not treated fairly, and the grounds for her termination were sketchy.

There was nothing they could actually do. They couldn’t complain to her boss. They couldn’t get her job back. But because they talked with Lindsay about her unfortunate plight and showed understanding, care and compassion for her situation, Lindsay felt that her parents were standing up for her. They let her know that they believed her story and that they believed in her. It strengthened their relationship knowing that she could trust them and talk to them about her problems.

5) Developing Relationships with Your Grandchildren

One of the most fun and rewarding parts of being in a family is having grandchildren. Most grandparents I know never had a clue that these little people would bring such delight into their lives. The bonus is that spending time with your grandchildren also nurtures your children.

My own daughters have told me that there’s nothing more special for them than watching me build individual relationships with each of their children.

Sending your grandkids cards, emails and texts, playing Words with Friends, buying them little gifts when you come to visit, getting down on the floor and playing with them, telling them stories, making a special effort to attend their school events – every gesture you make that shows them attention endears you to them… and to their parents.

Because it’s not about the destination. It’s about the devotion and love that flows from the older generation to the younger, independent of the generation in between.

Your children will remember that you carved out time, especially and intentionally, to be with their kids. Knowing how much you care about their children is a major gift of nurturing to them.

The End Is Not in Sight

When is the job of a parent over? Never!

The job description changes, but the principles remain the same. Nurture your children no matter how young or how old they are. Continue to improve the relationships you have with them because, in the end, the relationships are all you have.

The good news is that relationships are all you ever want with them. Leave them to live their own lives, solve their own problems, discipline their own kids, make their own mistakes. You don’t need to be involved in that any longer.

Remember how much you appreciated it when your parents stepped back and chose to let you live your own life?

Your children want to be honored in the same way. As parents of children, be sure to support but not interfere, get involved but don’t criticize or judge, share without manipulating or controlling.

Your job is to encourage, to care, to enjoy and to celebrate the most important piece of your life – your family. It’s a job you never retire from, but it carries with it the greatest rewards you’ll ever experience.

[Ed Note: Dr. Joanne Stern’s important family advice is part of the Bonner Family Office.  The Family Office is designed to give high net worth families the help they need to ensure their wealth lasts for many generations to come.  Right now you can get full access to the Bonner Family Office for a fraction of the price when you take advantage of their once a year Open House.  Plus, you’ll also be able to join them at the Family Workshop in Nicaragua next February.See full details here.]
Posted in Family, Lifestyle
This error message is only visible to WordPress admins