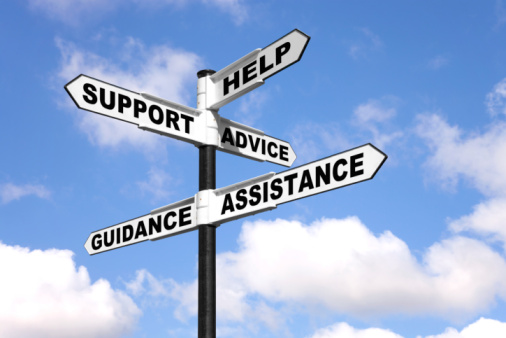 I started to type a response and then I stopped. I’m not so great that I can always stop. Sometimes I respond. Sometimes hellfire breaks loose.

But I’m trying to get better. We find our strength deep in the valley of our fears.

Sometimes the best thing to do is: nothing.

Many productivity books tell you what you can do MORE of in order to achieve goals, purpose, success money, etc. But MORE is hard to do. I’m already busy. Now you tell me I have to make a to-do list with six things that make me feel grateful on top of it? I can’t do it all.

You need to eliminate first. You need to be a productivity minimalist in order to be a success. The key is to find the easy things you can chop off where you can at the very least do nothing instead of doing things that actually DAMAGE your productivity.

Here’s a checklist I use for when to do nothing:

Do nothing when you’re angry. Some people think anger can focus emotions, but it doesn’t. It’s like focusing on a kaleidoscope. You’ll walk straight off a cliff. Anger is a roadmap off that cliff. You have to wait until it settles down and you get perspective. Time is the morphine drip that soothes the anger. Then you can act. Anger is just an outer reflection of inner fear. The fear might be correct, but the anger blurs it.

Do nothing when you’re paranoid. I initially wrote “fear” here. But fear can focus. If you’re in the jungle and there’s a lion on your right and an apple tree on your left then you better run as fast as you can back where you came from. But often I’m not afraid, I’m paranoid. I imagine a chaotic future filled with misery and hate and homelessness and loneliness. My best bet is to sit down and picture a more realistic future, one based on the fact that almost 99 percent of what I’ve been paranoid about in the past never comes true.

Do nothing when you’re anxious. Why did they call at 5 p.m. on a Friday night and say, “We HAVE to talk. Well, I guess you’re not there. Talk Monday?” Ugh! I hate that! Why 5 p.m.? What did they have to say? I should call her house line. I should write. I should drive up and visit (“Hey, just stopping by! So, uhh, what was up with that phone call?”).

But there is nothing that is ever so important it can’t wait. And if it was that important, then it’s a roadmap to you and not the situation. It’s an opportunity to say, “What about my life can be rearranged so that this one thing doesn’t throw me off so much? What things can I change?” And then have fun changing them.

Do nothing when you’re tired. I was trying to figure out something on the computer the other day. It was both very technical and related to money. First it was 1 p.m. Then it was 6 p.m. Then, against all my rules for a “daily practice,” it was midnight. And I was no closer to figuring it out. I was tired. My eyes were blurry. I was taking ten-second naps on my computer.

A week later I still haven’t figured out what I needed to figure out. But right then, because I had invested this time into my “learning” and I was tired, I wanted to keep going. My wife Claudia peeled me off the keyboard and marched me upstairs. Sleep hygiene is the best way to improve productivity in your life. Not beating your head against a computer.

Do nothing when you want to be liked. How many times have I gone to a meeting? Taken a trip abroad? Made stupid investments? Written an article? Just so someone would like me: a mother, a father, a friend, a reader, an investor, a customer, a stranger. Answer: a lot of times. Too many times. And it works. I put in the input (flattery, attention, false love) and get out the output (false love back). And continue to live the illusion in search of the dream, in avoidance of the nightmare, ignorant of the reality.

Do I make any money this way? Do I feel a sense of accomplishment? In my 25 years of business: Never.

That’s my checklist. If I feel any of these conditions occurring — like a sniffle in the night that turns into a flu by morning — then I stop. What do I do when I stop? I do nothing. I read a book. I write. I watercolor. I take a walk. I sit and do absolutely nothing.

It’s when we are in touch with the magic of our silence that we find our inner creators and can change the universe.

[Editor’s Note: James is the host of the #1 business podcast, The James Altucher Show. In the incredible first episode, James interviews a man that essentially reinvented the book-publishing industry. After writing a book and receiving hundreds of rejection notices, this man changed the rules and has since sold nearly 3 million copies of his book and he’s also made a lot of money. You don’t want to miss what he had to say. The easiest way to listen is to subscribe to his podcast through iTunes. Click here to listen.]