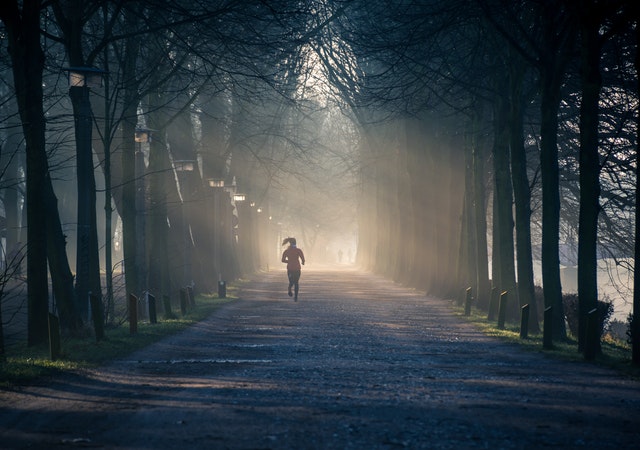 While my peers and contemporaries were content to rise at 5, 6, or even 7 a.m., I realized that I was my happiest and most productive when my feet hit the floor before four o’clock in the morning.

And this habit has stuck with me over the past decade, becoming an indelible part of my identity and routine.

Personally, I love the feeling of being awake before the rest of the world (including Dwayne “The Rock” Johnson who wakes up at 4:00 a.m. like some kind of slacker 😉

My mind is sharpest during the early morning hours and I’m less prone to distraction and overwhelm whenever I’m able to accomplish three hours of deep work before the sun rises.

While this habit has certainly proven itself in my own life, the question remains…

Is it a guaranteed prescription for success, income, and happiness?

Or is it a counterproductive and dangerous habit that can actually prevent you from achieving your big goals and dreams?

The answer may surprise you…

Facts First: Does it Matter What Time You Wake Up?

Early to bed, early to rise makes a man healthy, wealthy, and wise.

Although the importance of getting a head start on the day has been touted for millennia, it was recently popularized by business and personal development guru Robin Sharma in his (appropriately named) book, The 5 a.m. Club.

As Sharma puts it:

The idea is straightforward and (seemingly) sound.

If you wake up before everyone else, you’ll be more productive, less distracted, and able to accomplish your most important tasks before the rest of the world has even stirred.

And, I’m tempted to agree.

There is an undeniable magic surrounding early mornings that makes them ideal for creativity and productivity.

That doesn’t mean it’s right for everyone.

Now, before we dive into my personal opinion about the 5 a.m. club and whether or not it’s a good idea, let’s take a step back and look at the FACTS.

First, and quite counter to what you’ve been told by the “gurus”, several studies have shown that the time at which an individual wakes up has no bearing on their socioeconomic status.

But even more importantly, studies are now showing that every individual has a semi-unique “Chronotype” or biological clock that is a direct result of their specific genetic makeup and evolutionary history.

We each have a unique biological hardwiring that determines our energy levels and productivity throughout the day.

For some of us (like myself), the early mornings are the ideal time to wake up and immediately get to work.

Others are unable to form complete sentences, let alone execute an effective block of deep work, until later in the morning after several cups of coffee.

According to Dr. Michael Breuss, one of America’a leading sleep doctors, fighting your natural chronotype instead of working with it will not only reduce your productivity, but can cause numerous physical and mental health problems as well.

Suggested: If you’re wondering what your sleep chronotype is, you can take Dr. Breuss’s Chronotype quiz to discover when you should wake, work, and exercise for maximum productivity by clicking here.

Elon Musk, founder of Tesla and Space goes to bed around 1 am.

Former English Prime Minister Winston Churchill did not actually get out of bed until 11 a.m.

Alexis Ohanian, founder of Reddit bed around 2 a.m. and tries to get up by 10 a.m.

At this point, it should be pretty clear that you don’t need to wake up at 5 a.m. to be successful.

However…If your morning routine isn’t working for you right now or you simply want to wake up earlier so that you can have more time to focus on what’s most important to you, there are a few simple steps you can take.

To be blunt, those people never last and they are actively setting themselves up for failure.

They’ll suffer from self-imposed jet lag, and because of the consequences, they’ll come to despise waking up early.

And worse still, to try and recover from their sleeplessness, they’ll quickly revert to waking up at the last possible minute leading to a stressful and chaotic morning routine that’s worse than the one they used to have!

So right now, I want you to eradicate all of the overly-idealized ideas you have about forcing a 5 a.m. alarm into your life.

The REAL secret to taking advantage of your magic time and getting the most out of your mornings is much simpler.

Wake up 15-minutes earlier than you normally do.

I’ve been around the block in this world of habit change. In my Turbulence Training fitness business, we held over 25 before-and-after weight loss transformation contests.

The common factor in all of those failed stories was trying to do too much at once.

Getting up three hours, two hours, an hour, and even thirty minutes earlier than usual is too much.

I know from personal experience.

It’ll make you miserable and leave you tired all day. Changing your wake-up time so dramatically requires weeks for proper adaptation.

The answer is not in taking big bites but instead to nibble away at your wake up time and attack your morning in an intelligent and appropriate manner.

I distinctly remember the day in 2007 when I woke up in my downtown Toronto condo at 7:35 a.m. I rolled over, grabbed my phone, and began checking my email.

Thirty minutes later, after being taken down a rabbit hole by one particular email that left me stewing, I realized my morning routine was wrong, wrong, wrong.

Waking up late was making me anxious because I’m a natural morning person. I like to get things done before most people start their day. And that meant I needed to get up earlier, and so I started to change little by little.

Today I get up before 4 a.m., but I eased myself into the habit and it’s almost impossible for me to sleep any later than 4:30 a.m.

Although it’s a habit that has changed my life. But you don’t need to go as far as I’ve gone.

Most of you reading this do NOT need to join the 5 a.m. club and frankly, most of you shouldn’t even try.

If you’re a natural early riser who’s fallen into the habit of waking up late (you know who you are), then simply start by waking up 15-minutes earlier each week than you did the week before.

There’s no value in wearing your wake-up time as a badge of honor or feeling superior because you get up earlier than someone else.

What really matters is that you are making the right decisions for your life and working with your body and schedule to maximize every hour of your day.

Because here’s the thing…

Assuming you sleep 7.5 hours a night, you will have the SAME 16.5 hours as everyone else. The key to success is making sure you are awake and working during the hours that you are most productive.

So with all of this said, we come to the question you’ve been asking all along.

The answer is simple…

The 5 a.m. club is definitely NOT for you if:

You don’t have to wake up early to be successful...But, to achieve your big goals and dreams you should spend your mornings as productively as possible.

So tomorrow morning, I have a challenge for you.

Instead of waking up one, two, or three hours earlier than you do today. Push back your wake up time by only 15-minutes.

Be the first one out of bed in your house and take advantage of this solitude.

Go downstairs and sit at your kitchen table, armed only with pen and paper. Identify your number one priority in life, whether it’s your greatest stress or opportunity and spend these fifteen magical minutes focused on identifying ways to solve the problem or take advantage of the opportunity.

For example, if you are in $5,000 worth of credit card debt, and that is causing you significant stress, spend the fifteen minutes thinking of ways to cut your expenses and increase your income, and researching how to transfer your debt to a lower interest credit card.

If you do this six days a week, you’ll fix your problems, take advantage of the opportunities in your life, and become much more successful — all without cursing the clock each morning or downing 500 mg of caffeine just to function like a normal human.

It’s easy to put time on your side, rather than letting it be an enemy in the battle for your day.

Adding this little bit of structure – rather than going to extremes – brings greater success and freedom into your life without the stress of doing something that’s not right for you.

Want me to help you create a customized and “millionaire approved” morning routine to help you DOMINATE your days and achieve all of your big goals in 2020?

Then click here to grab my “Millionaire Morning Routine” system for only $27 and get access to a step-by-step system that will help you create a personalized routine to GUARANTEE success in 2020.

Posted in Articles, Self-Improvement, Time Management and tagged 5 a.m.
This error message is only visible to WordPress admins