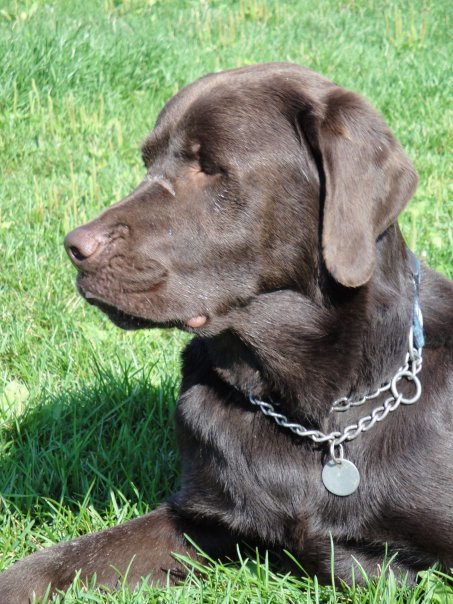 Years ago, a research study revealed the “pet effect,” proving that if you want to lower your resting blood pressure and heart rate, all you have to do is pet a dog.

When I heard that, my first reaction was, “Great, something to do when I’m an old man.”

Turns out my old man days would come sooner than I thought.

On a morning in March 2006, I woke up with a sense my world was not right. I was coming off another long weekend of late nights spent in big city bars and early mornings with my personal training clients in the gym (where I suffered through a hypocritical hangover). As a result, I was anxious and both physically and mentally exhausted.

Mid-morning, the fire alarm went off in my apartment. Exiting the building, I made my way across the street and sat on a park bench in the sunshine. The alarm had made things worse. I tried to inhale slowly and deeply, but could barely catch my breath. My body was seizing up. This would be my prison for the next three months.

I tried everything to escape the tightness in my chest, the tingling that ran from the top of my skull to the end of my fingertips, and the worry racing through my mind. Sleep came in fitful four-hour bursts—always with strange dreams—before anxiety would wake me up in the middle of the night.

I started attending weekly Qi Gong sessions (a type of standing meditation, like Tai Chi). I hired a yoga instructor. I tried—and failed—to take up meditation. I began listening to classical musical. And one day, remembering what those scientists had found in their research study, I decided to buy a dog.

One of my clients, an animal lover, helped me find a breeder north of the city.

“You’d better hurry,” the gruff old breeder said when I called him on Thursday morning. “We only have two pups left, and there’s another family coming on Saturday afternoon.”

That weekend, I made the two-hour drive to a small country home tucked into a small forest. Behind the house was a large kennel filled with beautiful dogs, including the patriarch—prize-winning George. Weighing 80 pounds and with paws the size of my face, George sprawled out like a lion on the grass, surveying his brood.

True to his word, the breeder showed me the last two puppies left in the litter. Scampering around the lawn clumsily, a little brown puppy caught my eye, and he made his way over to me.

He sniffed my leg. He peed near my foot.

“What do you want to name him?” the breeder asked as we filled out paperwork.

Finally, I thought, a furry little savior that would deliver me from hell on earth.

For the first few weeks, he did nothing but raise my blood pressure and add to my anxiety. So much for the “pet effect.” Stubborn as could be, he refused to go for walks, preferring to park himself in the middle of the sidewalk where strangers stopped to adore him. He wouldn’t play fetch either.

Each night, he’d cry when put in his crate, so I slept on the floor beside him. It was a pain in the neck—literally. After three nights, I gave up and let him sleep on a mat beside my bed. When I left him alone, even for 10 minutes, he barked so much my neighbors left angry notes on my door.

This was not going as expected.

But there’s a good ending to this story. Eventually, I overcame my anxiety by using the systems outlined in my book, “The Perfect Formula.” And since then, old Bally the Dog has been one of my greatest mentors in life.

Today, I want to share with you the 3 greatest life and love lessons the little guy has taught me.

Lesson #1 — You Can’t Control Others

Bally is never going to be invited to the Westminster Kennel Club Dog Show, the annual televised spectacle that takes place at Madison Square Garden. He’s simply not the best-behaved dog. Of course, that’s entirely my fault. His master did not train him well.

His canine instincts dictate his behavior. When I lived in the big city of Toronto, he lunged at half-eaten chicken wings discarded on the sidewalk. He chased every feral cat that ran down the alley. Now that I live out in the country, he chases skunks, rabbits, and even deer, ignoring my commands to “stay.”

Understanding what I can’t control, and having the wisdom to focus on what I can control, has made a big difference in my life. I’m less stressed, more forgiving, and frankly, I spend far less energy on the drama that can fill my days.

Oh, and I also learned to keep Bally on a tighter leash on garbage days. 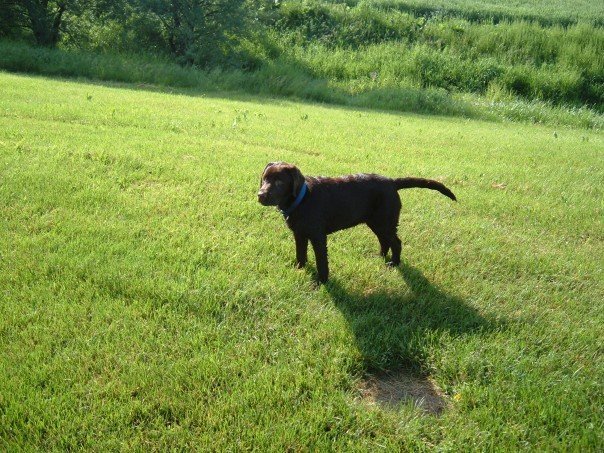 Everyone knows that one human year is about seven dog years. Even though Bally was born in late 2005, he and I were around the same biological age in 2010. Today, he would be eligible for the Senior’s Discount at Denny’s.

The stark reality: Owning a dog is a harsh reminder that our lives are passing even faster than you think.

This has inspired me to focus on what counts and make the most of my days together. Let this be a lesson to you, too. Identify what matters, both at work and at home. You’ve only got one life here on earth, and you had better make it count in the short time you have

The first time my dog met his “Grandma” (my mother), I thought he was going to die. He was just 12 weeks old when she visited us at my small apartment in Toronto. For Bally, it was love at first sight. I literally thought his little puppy heart was going to burst with joy. It’s a ridiculous thought, I know. Your heart doesn’t explode because you’re in love, but I had never seen any dog—or person, for that matter—so happy. Every time she spoke to him, he became more and more excited.

Over the years, I’ve watched Bally greet everyone he meets with unconditional love.

He and I couldn’t be much more different. Growing up, I was skeptical of other people, and closed off to strangers, always looking for that one thing “wrong” with them that would allow me to discount a possible friendship.

This served me well in college, where being critical of research studies allowed me to expose fitness myths and create a better weight loss system. But beyond that, my cynicism handcuffed my relationships and slowed my personal—and professional—growth.

My dog has taught me to live and love with an open heart.

He has taught me to forgive quickly, to love unconditionally, and to welcome people warmly.

The heart of a dog knows no limits. Now I know that mine has none, either. And neither does yours.

Take these lessons from my dog to heart. Love more, forgive more, and make more of the time you have with the people you love.

With a foundation of goodwill and appreciation for what really matters, create a Morning Routine that helps you get what YOU want out of life…

Posted in Articles, Family, Lifestyle and tagged bally, dog, life lessons
This error message is only visible to WordPress admins