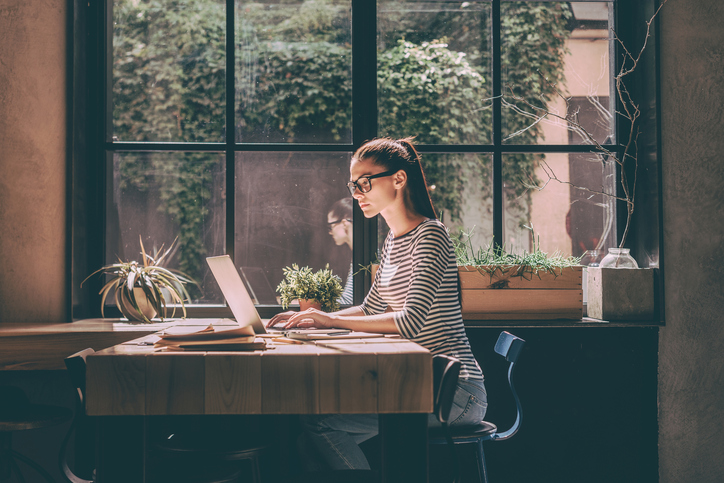 Six months ago I decided to step out of my comfort zone and create a new business. I had no experience and little sales knowledge.

But to me, that didn’t matter. I had a passion and desire to help thousands of people across the world; nothing was going to stop me from pursuing my dream.

After attending a business mastermind meeting with Craig Ballantyne and Bedros Keuilian in San Diego, it was time to take the plunge and see if I had what it took to be successful is the highly competitive fitness industry.

The next couple of months were a blur.

I was consumed with taking my big idea and turning it into an awesome product. Despite a few setbacks and learning experiences, my big idea finally became a reality. My first workout product had a huge launch and I was on my way to a bright future.

Then it all came crashing down.

Within days of the launch I had received an email from the lawyer of my offline business partner threatening to take me to court if I did not shut down my new website immediately. I was shocked and felt like I had been sucker punched. I knew there was nothing that I had done wrong, despite the false accusations of the other party.

After painful deliberation, we decided to shut down the site until the problem was resolved. I remember driving home from work that afternoon in tears.

I could not believe my dreams had been crushed so fast.

Imagine climbing a treacherous mountain and just before reaching the pinnacle, slipping and falling all the way back down to the very bottom. I felt embarrassed, betrayed, and defeated.

I emailed my business coach Craig Ballantyne that evening to give him the unfortunate news. I expected him to be upset and disappointed. I got the exact opposite.

Craig explained to me that this was just a small setback and a bump in the road. Every success story has moments of defeat. He quickly pointed out that this was not a failure. In fact, Craig stated that this setback was going to only make me stronger. He finished by saying that I’d look back on this six months from now and realize that it was not a big deal at all, only a small roadblock to my success.

It’s been almost exactly six months since Craig gave me that sage advice, and he was spot on – that setback wasn’t even a minor bump in the road. Better yet, it’s put me on the path to something even better.

I contribute my comeback to 3.5 key factors that I’d like to share with you today. They are all simple, yet so powerful.

It’s no secret that life throws us some big league curve balls every once in a while. But if we step up to the plate with at least two solutions to every obstacle in our life, we are much less likely to strike out.

The main reason for my success over the past six months has been because I had a back up plan. I went into my new business with a Plan B, and while I hoped I would never have to go with it, my hand was forced. If I had put all my eggs into one basket, more than likely things would have turned out different and my tone of this message would be much different.

Whether you are trying to eat better at work, start a business, or improve your relationship with your spouse, always have two solutions for every obstacle that comes up.

My first instinct after receiving the ‘cease and desist’ letter was to hide it and not tell anyone. I automatically assumed that my mentors Craig and Bedros would side with the opposition and take what they were saying at face value. I could not have been more wrong.

Within minutes of sending my email, Craig and Bedros responded with words of encouragement. They assured me they had my back and that we were going to get through this together as a team. Support and the wisdom of experience are two of the most important reasons for having a mentor. Craig and Bedros have gone through many setbacks in their careers and knew exactly what needed to be done to move forward. Knowing they still believed in me was the biggest motivation behind my comeback.

This is perhaps the toughest factor of them all. Despite knowing I did nothing wrong, it was still important to take full ownership and accept the consequences.

I had nobody to blame but myself, which was a really hard pill to swallow. It would have been much easier to blame others for my downfall and play the pity game. But where would that have gotten me? Once I accepted responsibility, everything seemed to turn around, because I knew that “If it was to be, it’s up to me”, as the old motivational saying goes.

SUGGESTED: What to Do When a Prospective Client Doesn’t Respond to Your Proposal

The next time you find yourself in a tough situation, resist the urge to blame others and take ownership of your situation. It will give you the mental attitude you need to concentrate on what counts, focusing on what you can control, and coping with what you can’t.

How many times do you think Thomas Edison wanted to give up during his attempt to create the light bulb? We’ve all heard the story that Thomas Edison failed thousands of times before creating the first light bulb. He could have easily given up, but he persevered as he was determined to reach his goal.

I’ll be honest; there were numerous moments when I wanted to give up. It would have been a lot easier to give up and continue to live in my comfort zone. However, I knew my goal of helping thousands of people improve their lives was riding on my comeback. There was no way this small bump in the road was going to be a roadblock in my path. I just had to take a little detour, which ended up being a much more rewarding route.

As Craig says, “Never, ever, ever give up on what is important to you.“ Some of the greatest successes in history have come after defeats. But it is up to us to take these defeats, learn their lessons, and turn them into victories.

If I can do it, so can you. Reclaim your dreams today.

Daniel Woodrum is the Director of Turbulence Training and co-owns two South Carolina Fit Body Boot Camps with Early to Rise Editor Craig Ballantyne. Daniel lives in Charleston, S.C. with his wife, Brittney, and together they are on a mission to help the town of Charleston lose 10,000 lbs. by the year 2020.