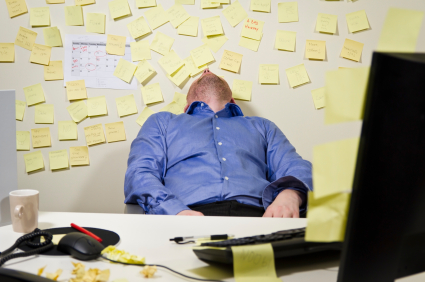 Do you remember being at the absolute top of your game, energized and completely alert? That was exactly how I felt, and of all of the times I needed to be at my best, this was one of them! But then, when isn’t a good time to be at your best?

My business partner and I had been negotiating a deal with a local hospital over several months.   Our medical supply business is quick and nimble, unlike the large hospital hampered by size and bureaucracy. Nevertheless, we were making progress on what would be a great opportunity for our community.

In briefing each other before what we hoped would be the decision-making meeting, it was obvious my partner was not at all on his game. I had to ask, what in the world was going on? He seemed exhausted or depressed, but I knew neither possibility was hampering his typical charisma.

He admitted that while going through all the “what if” scenarios the night before, he had a terrible night’s sleep. Actually, he said, he couldn’t remember the last time he awakened with the kind of juice I had going on that day.  He was wasted, and unfortunately, it showed.

A couple of months earlier I could have been in the same boat as my partner. I was, like all of us occasionally, going through a significant and sustained energy lull.

I was lucky, though; during my annual physical I complained to my Doc how much aging sucks.  He asked what I meant, and by the end of the visit he felt strongly–even though I somewhat disagreed–that my problem was a lack of quality sleep.

I couldn’t believe all that ailed me was a lack of shut eye, so I requested a battery of blood tests. Soon the reports showed all my hormone levels were perfect as were all organ functions, triglycerides, cholesterol levels, blood counts, blood sugar level, etc. Bottom line, I couldn’t be any healthier.

This was great news. But still, I was less than happy knowing something was keeping me from my full potential.
So, had my Doc been right all along?

I began to wonder after learning that the National Institute of Health claims more than 74 million Americans lack adequate sleep on a regular basis.  That’s an amazing 24 percent of all Americans.

I also learned that leading sleep physicians have proven sleep deprivation doesn’t discriminate. No matter who you are, whether you are young or old, male, female, healthy or ailing, you can’t cheat sleep and expect to be all that you can be (or need to be) for yourself, your spouse, family, friends, co-workers, etc.

Scientific literature is extremely clear about the dangers of sleep loss. Excessive sleeplessness can result in higher rates of diabetes, obesity, high blood pressure, heart disease and increased cholesterol and depression. Other than these debilitating to literally deadly symptoms, there are also the aching muscles, headaches, irritability, ADD/ADHD symptoms, memory loss, lack of creativity and resourcefulness, as well as compromised problem solving abilities.

Driving while drowsy, for instance, is associated with almost 20 percent of serious auto accidents. More than 1,500 deaths each year are caused by drivers who fall asleep at the wheel.  In fact, driving after you’ve missed only four hours of sleep can be the equivalent of driving with a blood alcohol level in excess of 0.1 percent–more than the legal limit in every state.

Other studies point out that as important as exercise is for creating energy and maintaining our recommended body weight; it doesn’t stack up to the health benefits of proper sleep.  Just one poor night’s sleep has been proven to be more harmful to our health than missing up to two workouts within a week.

Unlike what the advertisers on late-night TV would have you believe, a pill won’t correct sleep issues. The real problem, rather, is our overactive minds racing to solve problems that sometimes don’t even exist.

Assuming we didn’t mismanage our caffeine intake and aren’t in some kind of pain, sleeplessness is most generally a symptom of stress.

Here’s how it works: Stress-induced anxiety causes our bodies to release small doses of the stress hormones cortisol and adrenalin, which are primitive fight or flight hormones–obviously not at all conducive to relaxation or sleeping.

The secret to falling asleep quickly and staying asleep lies within calming our minds.  Even if we do have a legitimate and concerning problem, logically we know we’re better off getting a good night’s sleep so we can solve the problem the following day from a resourceful, rather than an exhausted, state.

Here are some simple tricks you can use tonight to awaken to a brighter tomorrow.

First, here are a couple of things not to do:

Counting sheep to fall asleep is counterproductive.  Counting anything actually hinders sleep because rather than easing the mind, it engages it.

Lying in bed for a long period of time is also counterproductive–it just increases anxiety. Once you’ve lied in bed for 20 minutes with no sleepy symptoms, get up, relocate to a relaxing area and try reading or listening to music in low light.

Clock watching is really taboo. It not only creates anxiety, but it activates the portion of the mind used for calculation and analysis. You may think, “Okay, it’s 12:05 now, the alarm goes off at 6:15… only 6 hours and 10 minutes of sleep. And that’s if I fell asleep this second! That’s not enough!” — Oh Boy, here come the fight or flight hormones.

Now, here are some tips that WILL work for you:

These are some tips that started me on a higher energy path and I’ll bet they’ll do the same for you.

Once that energy is reached, couple it with some regular exercise for that truly super-charged feeling. It’s simple stuff, what we all know we should do, but somehow most of us seem to think we can beat our sleep requirement.

Prioritize sleep, and before you know it, you’ll go from pooped to passionate and progressive.

[Ed. Note. Scott Whitlock is a serial entrepreneur and is in the process of selling another business, this time in the medical industry. A two-time attendee of the Early to Rise Mastermind events, Scott is also building an online business showing people just like you how to fall into a deep restful sleep in 11 minutes or less. You can learn more about Scott’s proven system here.]
Posted in Health, Sleep
This error message is only visible to WordPress admins