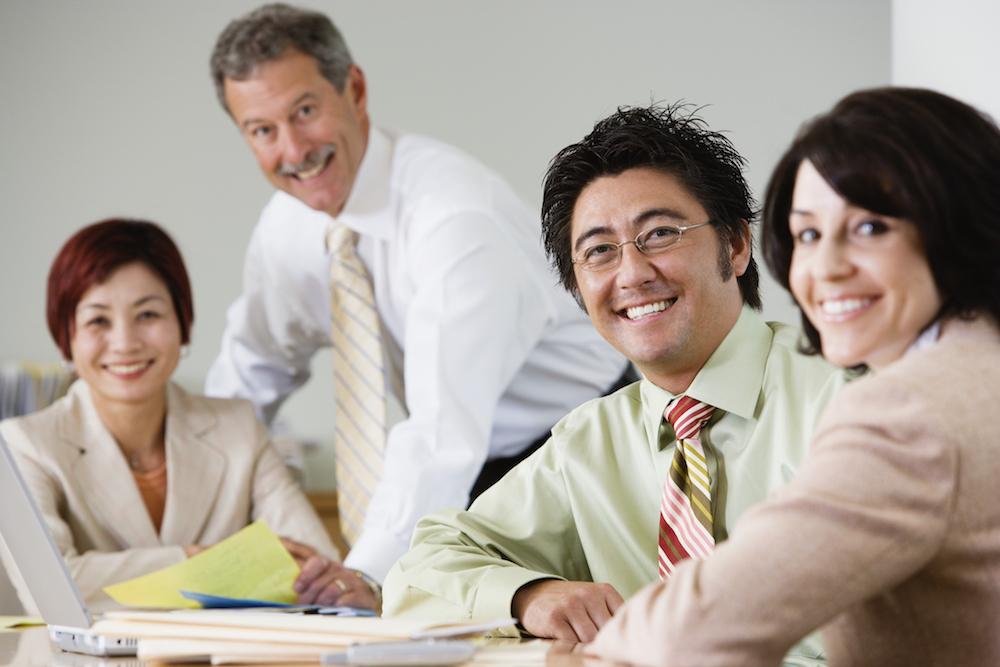 “Magnetism, as you recall from physics class, is a powerful force that causes certain items to be attracted to refrigerators.” —Dave Barry

All of us are born with a certain amount of charisma, but some people have a special kind. They have what I call a “magnetic selling personality.” In other words, others not only feel drawn to them and want to have a relationship with them; they also want to do business with them.

A lucky few are born salesmen, with the natural ability to make people buy whatever it is they’re selling—be it a product or an idea. But what about the rest of us? Can we learn how to do that? Absolutely. I can think of at least a dozen things that you can do to develop this skill.

1. People tend to do business with people they like.

So, behave in a way that makes you likable. Be polite and patient. Avoid being crude, rude, gruff, or impatient. That sort of thing.

2. People are attracted to people who keep their word.

So when you make a promise, do exactly what you promised, by the deadline you promised—or sooner.

3. People are attracted to people whom they believe have their best interests at heart.

They know you have their best interests at heart when they hear you give them advice that benefits them the most, in spite of the fact that you won’t make any money by doing so.

4. People are attracted to people they believe are experts in their fields—the “gurus.”

To use this principle, first you need to actually become a leading expert in your field through practice, research, training, education, and study. Then, do things that demonstrate your expertise to others, including potential customers. This often includes writing books and articles, giving speeches, serving as a guest pundit on television and radio programs, etc.

5. People are attracted to people who are honest, ethical, and aboveboard.

So why lie in your marketing (and elsewhere) when telling the truth is so much more effective at getting you business?

6. People are attracted to people who are physically attractive (or at least not physically repulsive).

I know, it seems shallow, but it’s true. So eat right. Exercise. Stay fit. Be well-groomed. Dress well. And pay attention to your personal hygiene.

7. People are attracted to “regular folks.”

The best way to establish rapport and begin a relationship is to be cordial, friendly, and genuinely interested in the other person. Instead of talking about yourself, ask questions—about his/her company, job, industry, family, and hobbies.

8. People are attracted to people who listen—and really hear what they are saying.

Remember the old cliché: You have two ears and one mouth, so you should listen twice as much as you talk. Actually, for best results, you should spend 80% of any conversation listening and talk only 20% of the time.

9. People are attracted to people who are like them.

The trick here is to establish one thing you have in common with the other person and allow that to grow and cement the bond between you. In can be anything from weekend hobbies (golf, anyone?) to shared pet peeves and goals.

10. People are attracted to people who are humble.

Don’t be a braggart. And never discuss how much money you make with your customer. If it’s less than he makes, he may think you are not successful; if it’s more, he may feel you are making too much money because of the high prices you charge.

11. People are attracted to people who seem busy and successful.

That’s why you should never tell a prospect that things are slow and you really need orders. Think about doctors. You don’t like waiting for the doctor, but how would you feel if you walked into his/her office during normal hours and found there were no patients waiting? Wouldn’t you be wondering how good that doctor is? Wouldn’t you feel more assured if the waiting room was packed with patients? Of course.

12. People are attracted to other people (as well as companies and products) that make their lives easier and save them time.

They also prefer to deal with people who are flexible and accommodating, not rigid and difficult. And they hate it when you waste their time, even if they are not terribly concerned about wasting yours.

Bottom line: Concentrate on developing these 12 characteristics of a “magnetic selling personality” until they come as naturally as tying your shoe. When you master them, I practically guarantee that you will attract at least twice as many prospects, close twice as many sales, and earn twice as much money as you are today.

Bob Bly is an independent copywriter and consultant specializing in business-to-business and direct marketing. He has been hired as a consultant by such companies as Sony, Chemical Bank, J. Walter Thompson, Westinghouse, and Prentice-Hall. Bob is also the author of more than 50 books including The Complete Idiot’s Guide to Direct Marketing (Alpha Books), Targeted Public Relations, Selling Your Services, How to Promote Your Own Business, and Keeping Clients Satisfied. A phenomenal public speaker, Bob will share with you how easy it is to start your own business. Whether you’re ready to quit your job or are just looking to make a little money on the side, you’ll want to hear Bob’s advice.