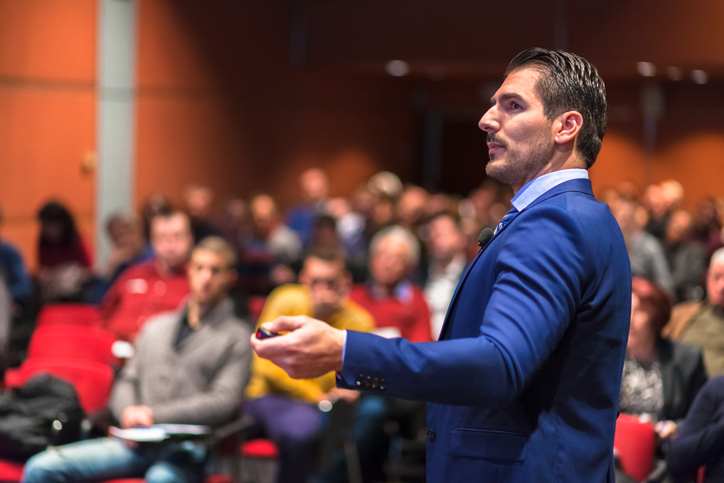 Do you have an Authoritative tonality in your speaking style?

Margaret Thatcher, the former Prime Minister of the United Kingdom, was well known for her bold, occasionally obstinate leadership style. Her nickname, after all, was the “Iron Lady.”

But Thatcher wasn’t born made of iron. In fact, like many great public speakers throughout history, she worked with a speech coach to perfect her pitch, tone, and delivery. In the early days of her political career, Thatcher’s voice was seen as too “shrill.” As she practiced more and more, she lowered her pitch and perfected the steady, authoritative tone that became her hallmark.

If you’ve never heard Thatcher speak, look up videos of her. Then compare her voice to someone like, say, actress Fran Drescher. There’s no comparing the calm, high-status delivery of Thatcher to the nasally, scratchy voice of Drescher.

What Margaret Thatcher developed as she rose to Prime Minister was a High-Status Voice.

When you have a high-status voice, people listen to you. They respect you, admire you, and, most importantly, become engaged by what you’re saying.

With a low-status voice, the reverse is true: people tune you out and even tend to dislike you.

This is something that happens subconsciously. Picture someone from the opposite sex in your past that “got away.” You know what I’m talking about. What if all the reasons you thought it never worked out were wrong, and the key to getting them could have been as simple as high-status vocal tonality? It’s that powerful.

There are 5 Traits To A High-Status Voice and in this article, I’d like to delve deeper into the one Thatcher focused on – Authoritative tonality.

A High-Status Voice has a certain oomph behind it. That’s where the Authority comes from.

It’s not hesitant and it’s not questioning.

Love him or hate him, imagine Donald Trump giving a speech to a stadium of 100,000 people.

Is there any wavering in his voice? Does he sound unsure? Is he hesitant or afraid to share his message? Or is he bold in his delivery? Assured and clear in his words?

We know the answer.

In speaking with some political experts behind closed doors, some believe we don’t pick our leaders based on their policies but on how much we simply trust them to safely lead us.

And how do we determine if they can do that?

You guessed it – by the authority (or lack thereof) in their voice.

The other secret behind having an authoritative vocal tonality is posturing.

At all of my live events, I like to run people through a simple exercise to show how important posture is.

First, adopt a weak, low-status posture by sinking into your seat, hunching your back, and leaning forward. If it helps, think of Eeyore. And then try to say a few motivating words to a friend. You’ll find that it’s almost impossible to give an authoritative speech with some oomph behind it from that low-status posture.

Now, imagine you’re an army general giving a speech to your troops before a crucial battle. Your shoulders are back, you’re standing straight up and your head is pulled towards the ceiling. Now your words flow with power and impact.

I truly wish for you to remember and practice this easy shift with your speaking starting today.

Because when you do, you’ll begin to see how closed off prospects now open up to you, how inattentive people now stay locked on to your words, and how distant co-workers now respond to your every request. You’ll love the results and make it a habit.

Gable was known as “The King of Hollywood.”

Not many people know this, but when he first started his career, he actually had a very high-pitched voice. It was low-status, and it negatively affected his life to the point where he was almost forced to change careers. But he worked on the same things we discussed here and steadily his voice became high-status.

It became so high-status, in fact, he ended up delivering one of the most famous movie lines of all time—“Frankly, my dear, I don’t give a damn”—in Gone with the Wind.

They said that in classical times when Cicero had finished speaking, the people would say, “How well he spoke.”

But when Demosthenes had finished speaking, they would say, ‘Let us march!”

Well, with a High-Status Authoritative Voice, now you can.

Jason Capital is founder and chairman of Capital Research International. For eleven years, he has served as coach and consultant to Fortune 500 executives, professional athletes, Navy SEALs, best-selling authors, and Hollywood luminaries. He has been recognized as a Top 100 Entrepreneur by President Barack Obama.