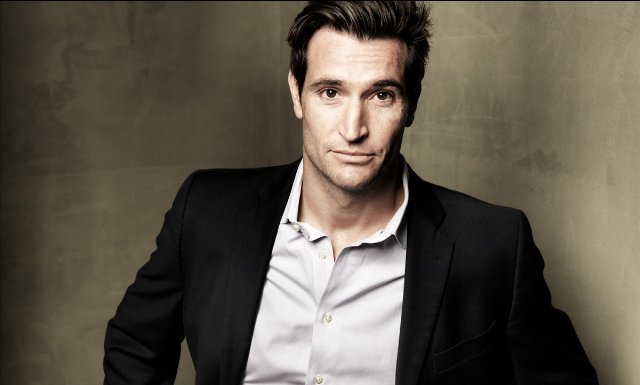 It’s not often we get the chance to interview Hollywood celebs on ETR radio, which is why this episode is particularly special…

For those who may not be super familiar with you, you’ve been in the acting space for how long? How long has it been?

it did change my life in that I went from being pretty much anonymous to all of a sudden riding the subway and people saying stuff and being out at bars and it was a show that was definitely seen. I came out to LA, I was still in New York at the time, I came out to LA that following year for the pilot season, and it was like I had meetings with everybody in town, and everybody I went to was like, “Oh my god, cousin Brian, I love you. Oh, you gotta come … the video guy in the back loves you. Let me get your headshot and you could sign it for him.”

This is like at NBC, and I’m like, oh this is awesome. Where’s my show? Sign me up. So I came out here, it was busy, I felt love, all this stuff, had all these meetings, got close to something, and nothing. Dude, when I tell you nothing, I’m telling you, crickets.

Went back to New York, tail between my legs, and Sopranos didn’t pay me much. That’s the thing. It was incredible exposure, it was incredible work, but they weren’t paying much. But it was enough that at the time I thought, okay, I’m making the leap.

How do you, in that space, how do you create career goals for yourself? What does it even look like?

I’m doing this Netflix show right now, and I’m having a ball. I’m in a really good head, and he said, “Is there anything else lined up after it?” And I was like, “No, not yet, but auditioning on the days I’m not working.”

How have you used the podcast, used your network in the acting space, and used your mentors to build a support group?

Having a support group is huge in my world, because like I said, you get kicked in the teeth for reasons that are not even your fault. You’re too tall, you’re too whatever you are. And it could literally drive you crazy unless you have a group of people around you that you can kind of go to and they understand it.

What got you into entrepreneurial coaching?

I never thought I needed coaching.

I’m motivated. I’ve played sports my whole life. I don’t need somebody to get me to the gym, I’m gonna go on my own, and I can push myself. And that is a good quality, it’s good to feel that way, but I have, I think through the podcast, begun to realize the limits of doing that and not having a professional around who’s got a real complex strategy, or simple strategy, but a very well thought out strategy.

In what ways do people keep you on track in acting or the podcast or any other area of your life?

Do you ever worry about burnout?

I don’t, really. I feel like if there’s one superpower I have, I can grind pretty good. I like to hustle, and as long as I’m hustling towards things I love, I don’t worry about burnout.

If I start to find myself, like I said, that whole college thing, if you want to take it full circle, if I start to find that I’m grinding on stuff that I don’t care about, yeah, then I’ll burn out. But if I love it, oh man, I can get up, I can go for days and forget that I’ve not eaten because if I’m into it, I’m like … I love it. It doesn’t feel like work, it just feels like I want to just be better at it.

If people want to follow up and get a sense of what you’re up to these days, posted public accountability stuff on Instagram, whatever, how are they gonna find you? What’s the best way?

Posted in Early to Rise Radio and tagged hollywood, matthew del negro
This error message is only visible to WordPress admins