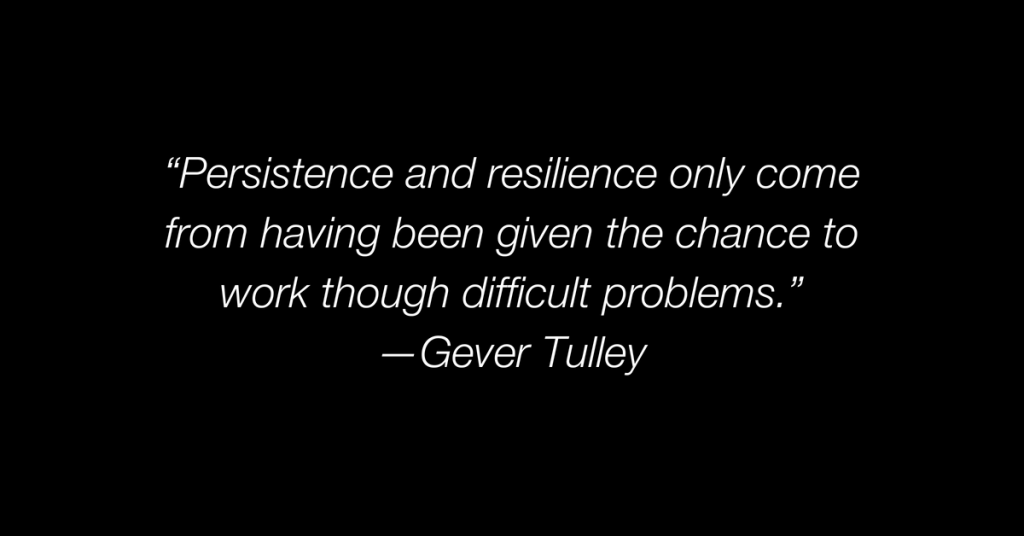 At age 12, Stacey Copas suffered a traumatic injury on this episode of ETR Radio, she talks about how that injury became an opportunity to learn about the incredible power and importance of resilience.

You very clearly describe yourself as a resilience expert. Most people aren’t gonna really know what that means, so can you unpack that a little bit?

Resilience itself is a word that people may not have had a lot of experience with.

I see resilience as the ability to be able to encounter setbacks, whether that be adversity or change, and then be able to actually turn it into a positive, to grow from it, to use it as an asset.

A lot of people see it as it’s being able to bounce back, which I think it’s quite a narrow view of it, because the term itself, “bounce back,” implies that you’re sort of coming back to where you started, whereas I see that you’re dealing with adversity or changes, we actually learn stuff from it, and I see that we actually end up getting propelled further forward by dealing with adversity and change, and what we learn from it.

Can you give us just a brief overview of what you experienced when you were 12 that really forced you to face adversity head on?

I was cooling off in a relative’s backyard swimming pool with my younger brother and I kept climbing up on the edge of the pool and diving in. It was just an above ground pool, so it wasn’t really fit for diving, but it was something that I just kept doing.

There was one particular time that I was thinking that I was splashing too much, so I thought that if I tried to keep my legs straighter and keep my feet together as I dived in, then in theory, then I could make a really nice, clean dive and not splash.

I took a deep breath and I dived in and kept my legs straight, and it felt like any other dive that I’d done before until I went to try and swim up to the surface, and I realized I couldn’t move. I was stuck at the bottom of the pool, holding my breath.

Panic set in very quickly, I could only hold my breath for so long, and when I couldn’t hold it any longer, I had to just breathe in, and as I breathed in and my lungs filled with water and I blacked out.

Eventually my brother realized that something was seriously wrong, and he pulled me out and raised the alarm for help, and it wasn’t until later that night at the third hospital that I ended up at that a doctor came and told me that I’d actually broken my neck and drowned and that I’d never walk again.

What tools did you have at your disposal at the time to face the adversity that came to you at this young age of 12?

I was very fortunate to have good support not just from my family, but from my friends, from the school, and from the local community. I probably would have preferred to hide away and not have to deal with people at that point in time, but I ended up spending seven months in the hospital.

Through spending all that time in the hospital, my days were kept reasonably busy with therapy, and because I was so young, I ended up spending my time in the children’s ward. There was always someone to chat with.

Thankfully, I could see the outside world and I think getting out in the sunshine still is something that I try and do every single day that I find just getting connected with nature, feeling the sun on your face, and just taking the time just to appreciate what we have is a huge part of it.

How are we dealing with adversity right now?

I’m finding particularly in the businesses that I work with, that particular organizations that are going through change, a lot of people that have been quite comfortable in their jobs, and people that have been there maybe for 10, 20 years, when there is change, people can start to perceive that they’re being treated unfairly, that sometimes they even feel that they’re being bullied, and that change is personal.

What kind of specific guidelines do you have around what language is okay, or productive, versus what isn’t?

Language is actually one of the key principles that I share as part of the framework of resilience. The words that we use, not just in our communication with others, but especially in our own thought processes, those words have the power to build up people or tear them down. And changing the words that we use, and understanding the impact of words, is one of the easiest ways to actually be more resilient.

There are some words that I find really disempowering, and a few of those words is “should.”

“Should” is one word that I find so disempowering because it’s implying that you must, or … I just reframe it and say, “You could.” You could have done that. You could do that. It’s a choice, and so much of everything we do is a choice. It’s a choice on what we do, how we act, how we respond, what we think, and we can do that all by choice.

Trying to find more positive ways to describe things. Again, looking for the bright spots in things. It can be just something as simple as starting to go, “Well, what was the best part of that?” And just being very, very conscious of the words that you use, and how that frames the way that you respond to things.

The other set of words are the “what ifs,”

How do you enable people to handle adversity in a resilient way, as productively as possible?

There are certainly a number of approaches here, and particularly as far as compassion goes, I think the way to practice that initially is being compassionate and kind to ourselves, and that enables us to actually be really compassionate towards others.

Unfortunately what that leads to is avoidance in so many ways. I encounter so many people that have had something go wrong. Whether it’s been they’ve had a failure, whether they’ve gotten divorced, whether they’ve had cancer or something like that, and they’ve said, “It’s those times where you find out who your real friends are.”

People, with not knowing what to do or say, they avoid, when really the starting point is just letting someone know, “I’m here.” Even being honest, and going, “Look, I can’t begin to imagine what you’re going through right now. I’m not really sure how I can help, and I’m not even really sure what to say, but first of all, just letting you know I am here.” That’s probably the first step.

Then the other step is, is just being consistent and being around, and actually following through on the, “I’m here.”

How are you teaching people how to help themselves get on the right track and process the dips in life?

It’s something that comes up every day. Disappointment is just an important part of life.

We learned a lot about resilience from getting bored:

What kind of business teams come to you for help, coaching, and support, and what kind of teams are your sort of ideal target for the services you offer?

The majority of the clients that I work with are large organizations who are dealing with change, whether it’s a restructure, or if it’s a technology change, It’s infinite.

A lot of the time, I go and speak with their teams. I like to just have a really authentic connection with people, and just share with them. I help them to essentially change the way they look at change. Quite a few of my clients at the moment are in the media industry, so media is just being so disrupted by technology and different platforms. It’s been amazing. That’s been quite interesting.

Within that, I’m finding particularly in the media industry, in the creative industries, and particularly where people are selling, that helping people deal with rejection, because that’s something that is really, really challenging for people.

You said you’re mostly in Australia now, do you do engagements elsewhere?

Australia, New Zealand, and in 2019, I’m actually in the process of getting my US Visa, so that I can come and do some work over in the US. As much as I love Australia, and being Australian, I’m certainly excited to be able to venture out, and I do hear so often about how much Americans love us Aussies.

If people want more information, I guess the best way to follow you and get that information as well as your book is to go to your website?

Yes, go to the website, and also to follow me on pretty much any of the social media platforms. I probably find that LinkedIn and Instagram are the platforms that I’m the most active on, and I definitely welcome people actually reaching out and having a conversation.

I don’t have a team that manages all of my stuff, but if you reach out to me on social media or email, you’re getting me directly, and I just love, I love hearing what’s happening in people’s lives, what they’re working on.

Posted in Early to Rise Radio and tagged resilient, Stacy Copas
This error message is only visible to WordPress admins